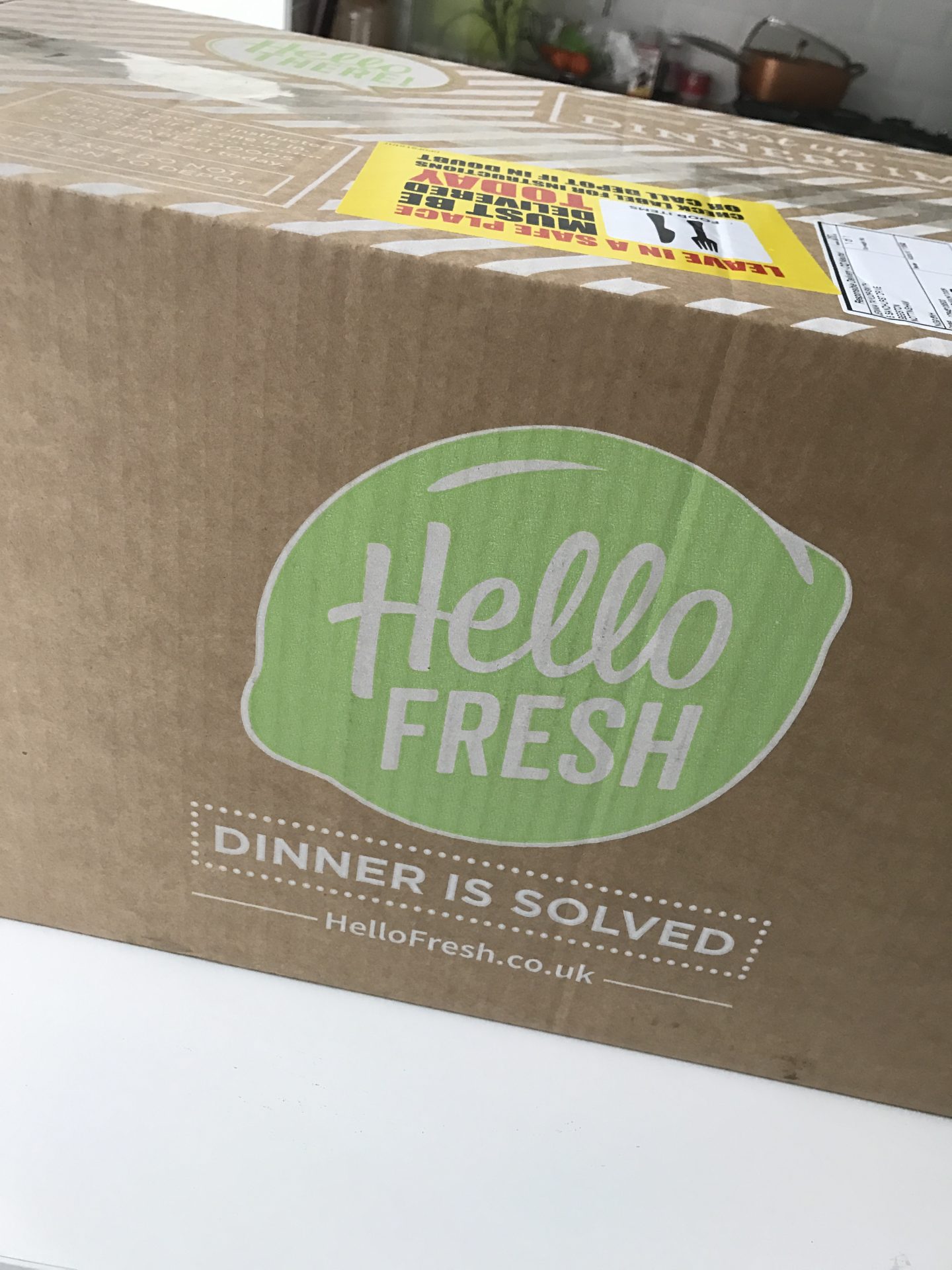 Recently we decided to give Hello Fresh a try. I’d heard about the fresh recipe boxes about 18 months ago, but had also been wary that they would be expensive. However, when my Niece had a discount code, which meant we got our first box for free, it seemed like the perfect opportunity to give it a try.

I love food, but I’m not so keen on cooking. I’ve often cooked recipes and been disappointed – my attempt never seems to look like the one in the picture! Because of this, we’d got stuck in a bit of a food rut. We seemed to be having the same meals every week – spaghetti bolognese, chilli, salad, the usual boring stuff. I just didn’t have the time or motivation to plan or try anything new.

All three of our children have school dinners, so when they get home from school they generally have something a bit lighter such as jacket potatoes, pasta salad or good old beans on toast. Due to this, when ordering my Hello Fresh box I ordered five meals for two people.

I downloaded the app, which is really easy to use, spent a bit of time browsing the meal options and then selected the five which appealed the most.

I was really excited when the box arrived and it was great fun unpacking everything. Each meal is nicely packed in a separate bag, so it keeps everything in order, plus the bag is really handy for putting your rubbish in when cooking. The fresh stuff was packed really well with insulated packaging and ice blocks (which I kept in the freezer as I’m sure they’ll come in handy for picnics in the summer!). 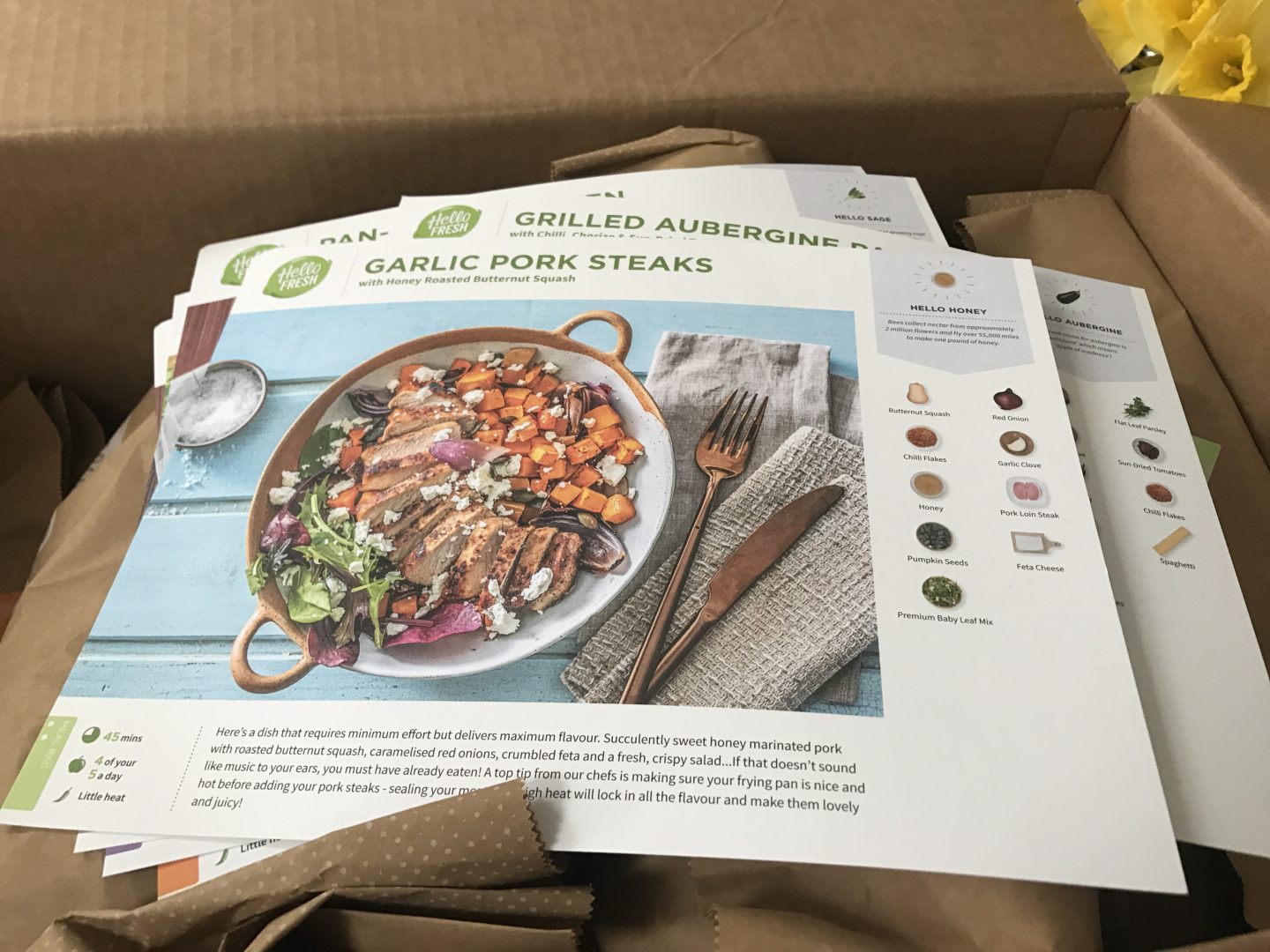 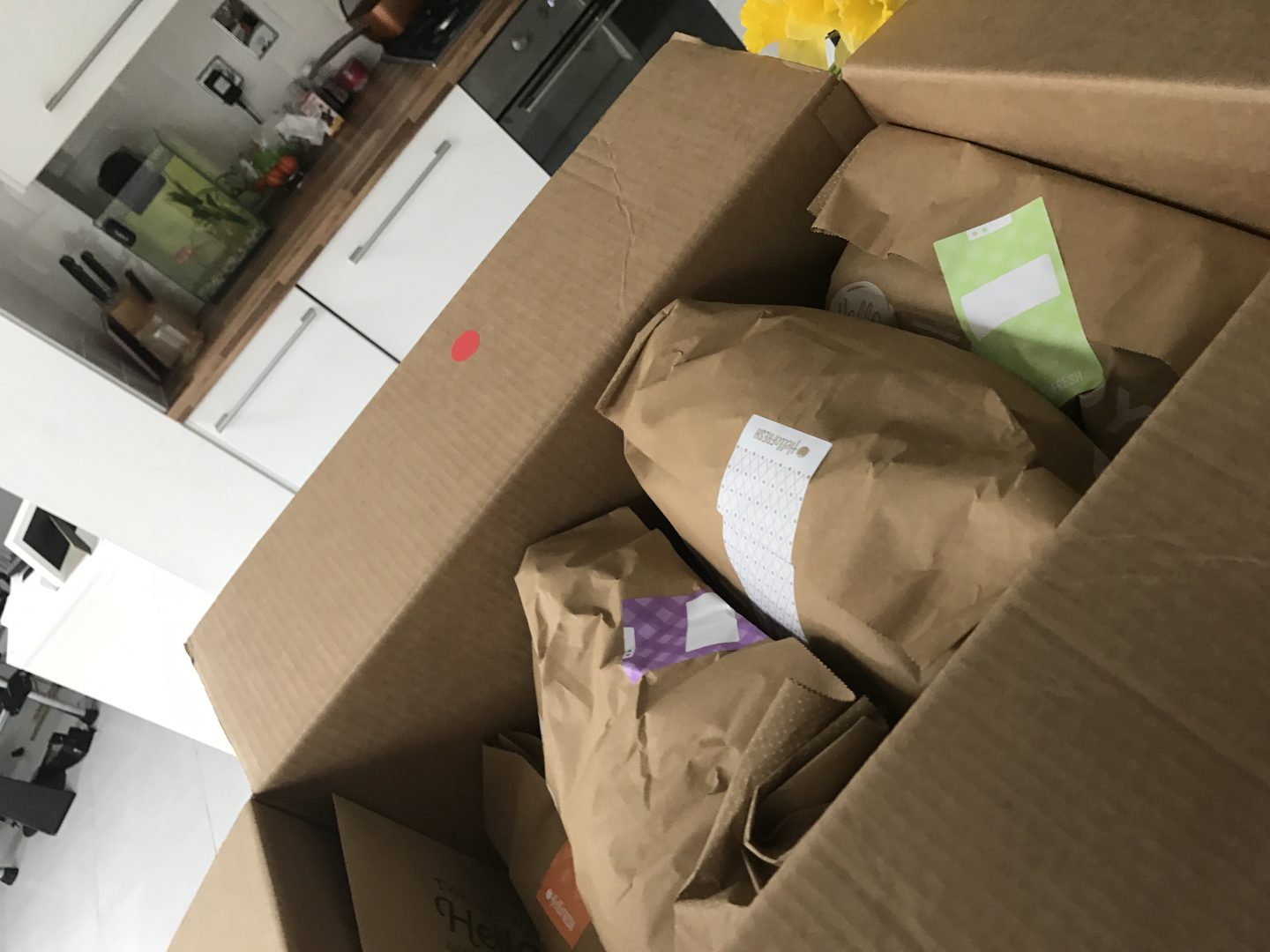 The first meal I cooked was a vietnamese style curry, which was really easy to cook. The recipe cards break it into simple steps and are easy to follow. I did, however, experience a slight hiccup. I didn’t read the ingredients properly and ended up putting a whole tin of coconut milk in, rather than half as stated on the card! It wasn’t too much of an issue though, I just cooked the curry for longer to reduce the sauce down a bit. It still tasted amazing! 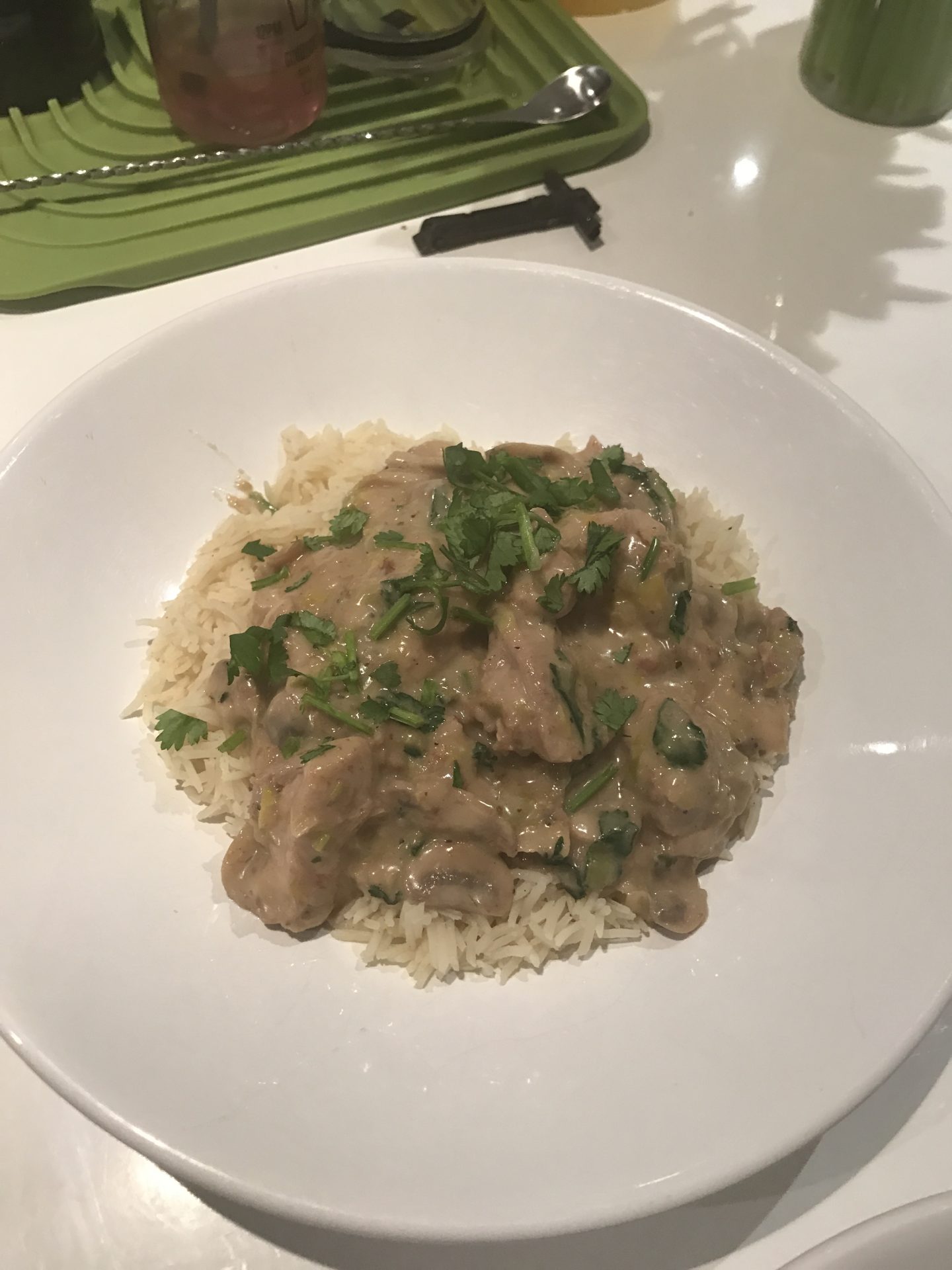 I was impressed with all five meals. The flavours were amazing and every dish looked just like the picture. Turns out I actually can cook! 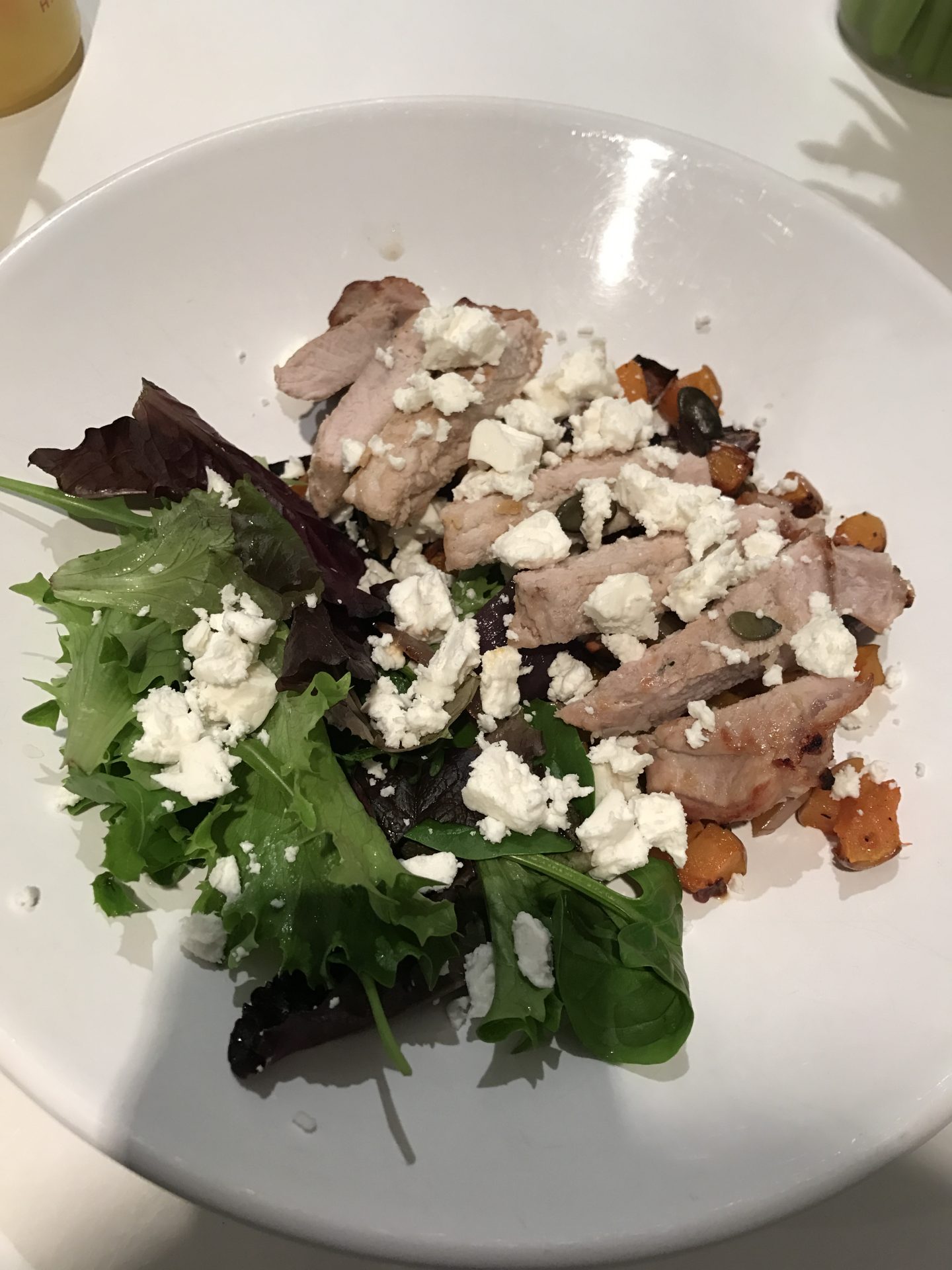 One thing I was concerned about was portion sizes. However, I really needn’t have been as the portion sizes were brilliant. I was nicely satisfied after each meal.

I’m now a convert. We’ve since had a box every week. I love that the meals are fresh, contain lots of veg and are generally around 600-700 calories per meal. I did find that five was too many for us, so we now have four meals, which we have midweek. This gives us the flexibility to eat out or have something different.

We definitely don’t waste as much food anymore, and although the box costs around £40ish per week, we’re actually spending less on our weekly food bill. I now just do a small shop at ALDI for snacks, essentials and food for the kids.

It’s definitely made my life easier and I now really look forward to cooking a tasty, healthy dinner every night.

If you haven’t tried Hello Fresh yet, but would like to try it, let me know and I’ll send you a discount code.

We were not asked or paid to review Hello Fresh.