On Saturday we attended our very first Splendour festival and it proved to be a great family day.

Splendour festival has been running for 10 years and is held at Wollaton Park in Nottingham, which is where we live.

The past few years we’ve always been on holiday when it’s been held, but as the kids have broken up slightly later this year, we were around, so arranged to go with some friends who also have children.

I was a little apprehensive about what it would be like. I’ve never been to a festival before and didn’t really know what to expect. I was also worried about whether it would be suitable for the kids as I’d heard mixed reviews, with some people saying how great it is for families and others saying that it gets a bit rowdy later on.

Well, I shouldn’t have worried – we had a brilliant day! We took a blanket and a bag full of food (sandwiches, crisps, biscuits etc), plus some bottles of water and created a bit of a base near the family activity area, which also had a great view of the stage.

When we first arrived and had unloaded our stuff we went off the explore. First stop was the rides. The twins went on one, but I was pleased that there was only a handful, so they weren’t constantly badgering us to go on them all day. 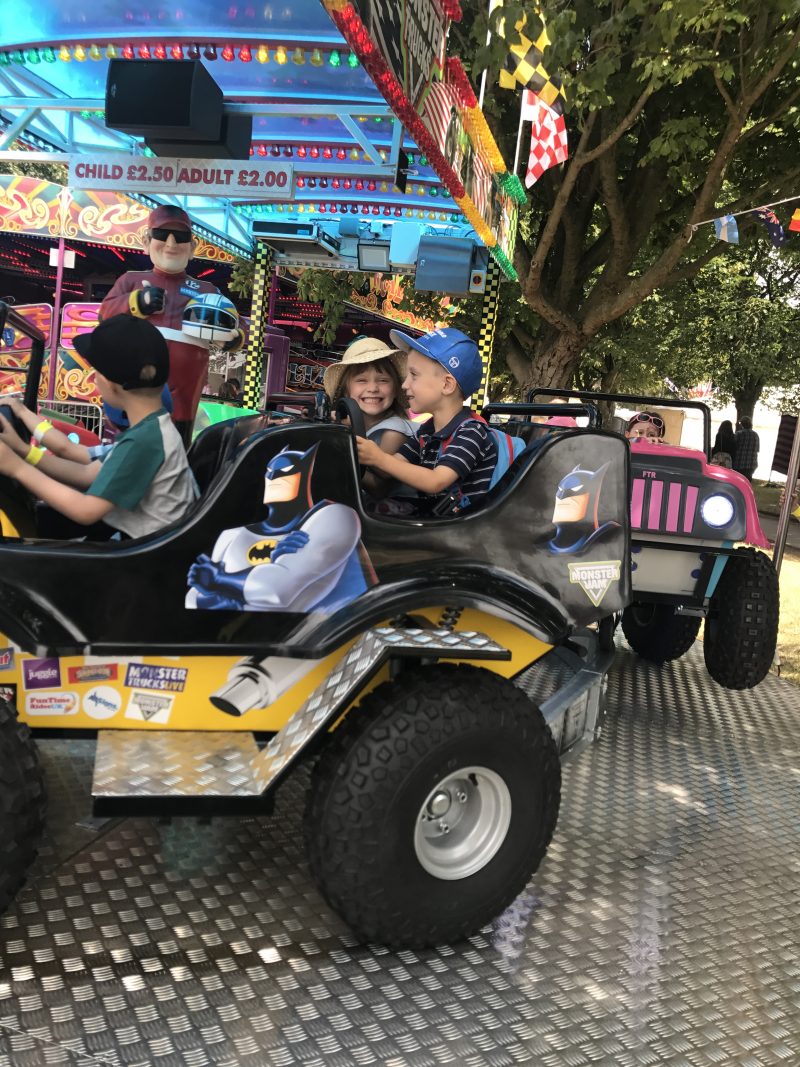 Heidi and I (plus our friends) went get the obligatory festival glitter on our face. I was really excited about this (I’m a bit of a saddo) as I think it looks so cool and really pretty. I went for pink and gold – I’m such a girl! 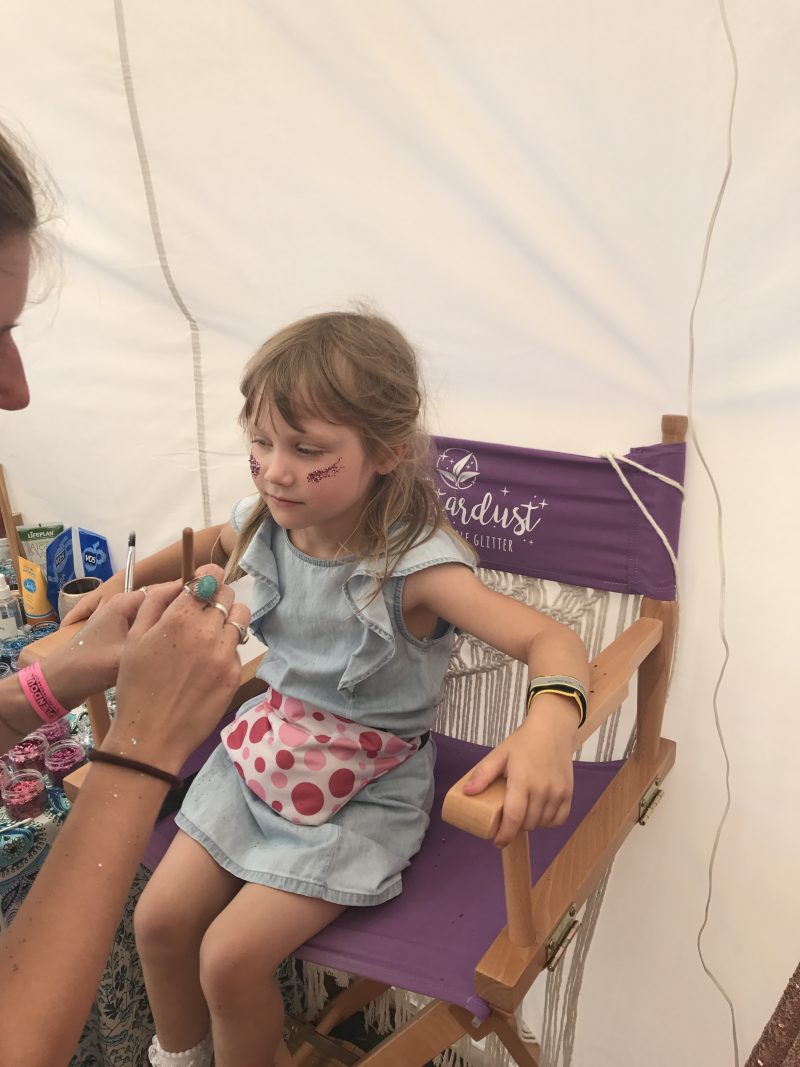 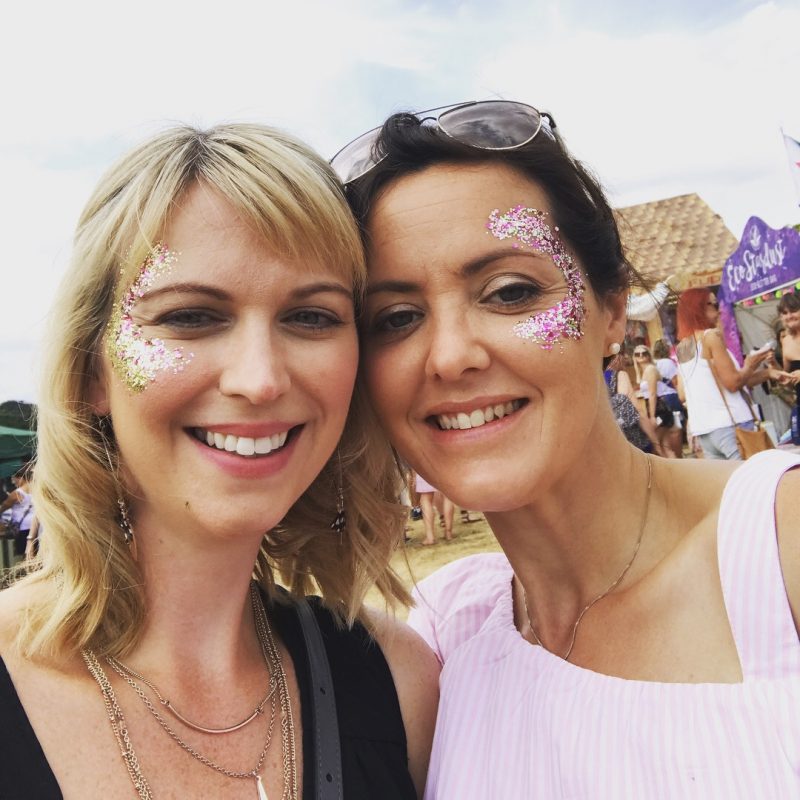 We explored the stalls and Henry and Heidi bought a plastic toy each. We then went to the bar for a g&t, which we took back to the blanket, where we also had a bit of food.

After we’d eaten and relaxed a little we decided to explore the family area, which was brilliant. There were sports activities, music activities and crafts. I had a great time making a little raft and getting it to float in the paddling pool. 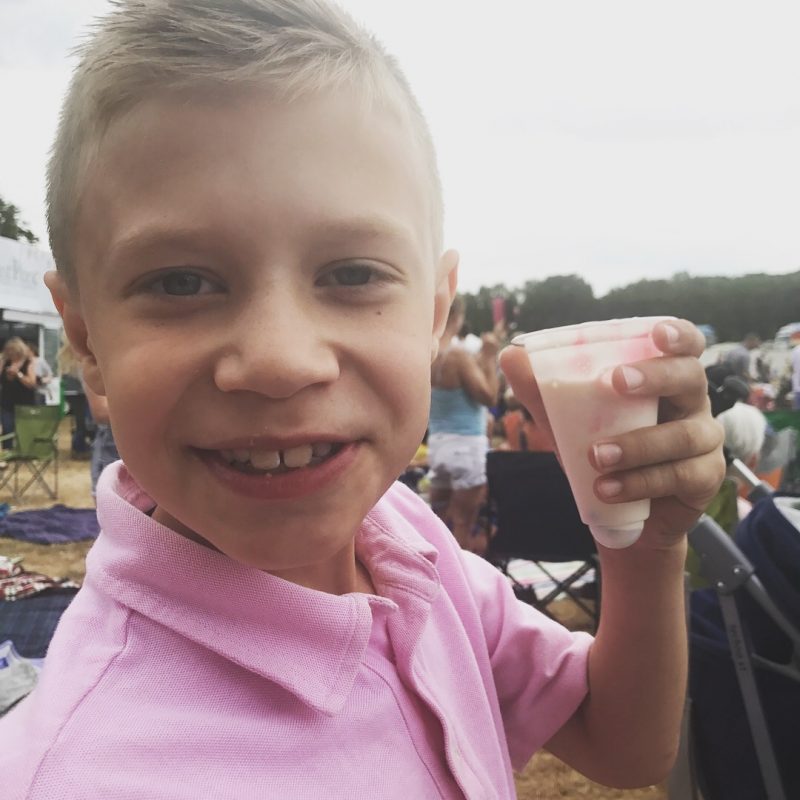 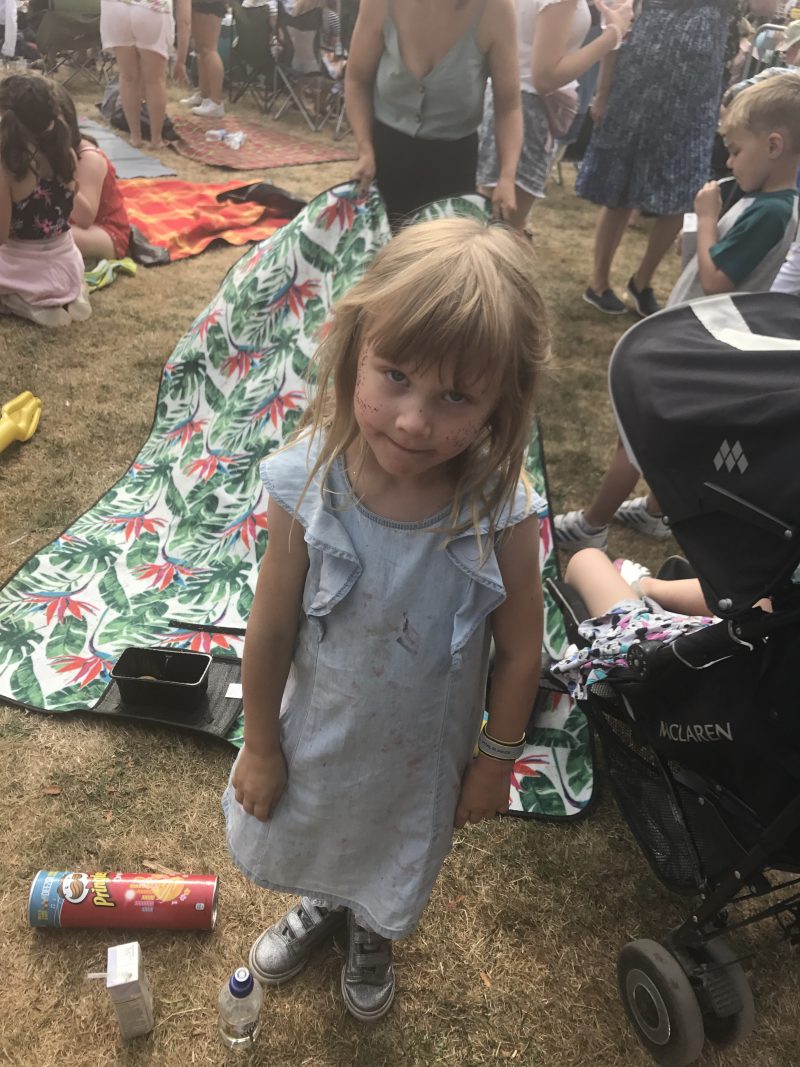 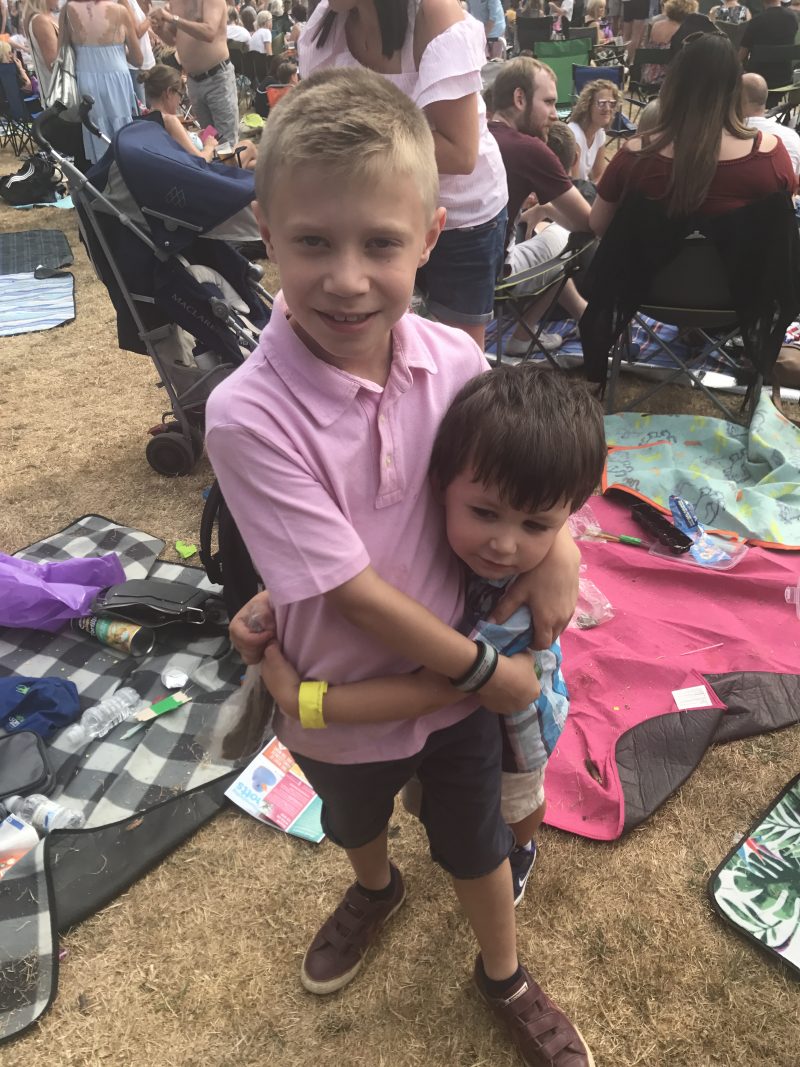 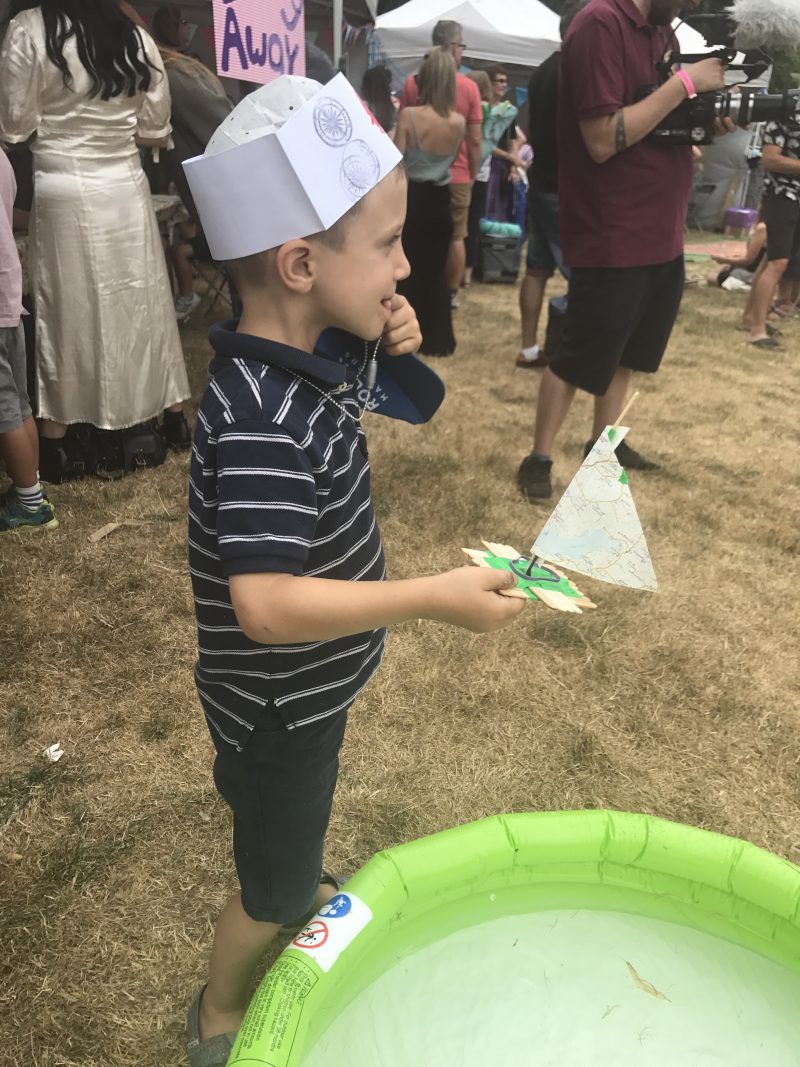 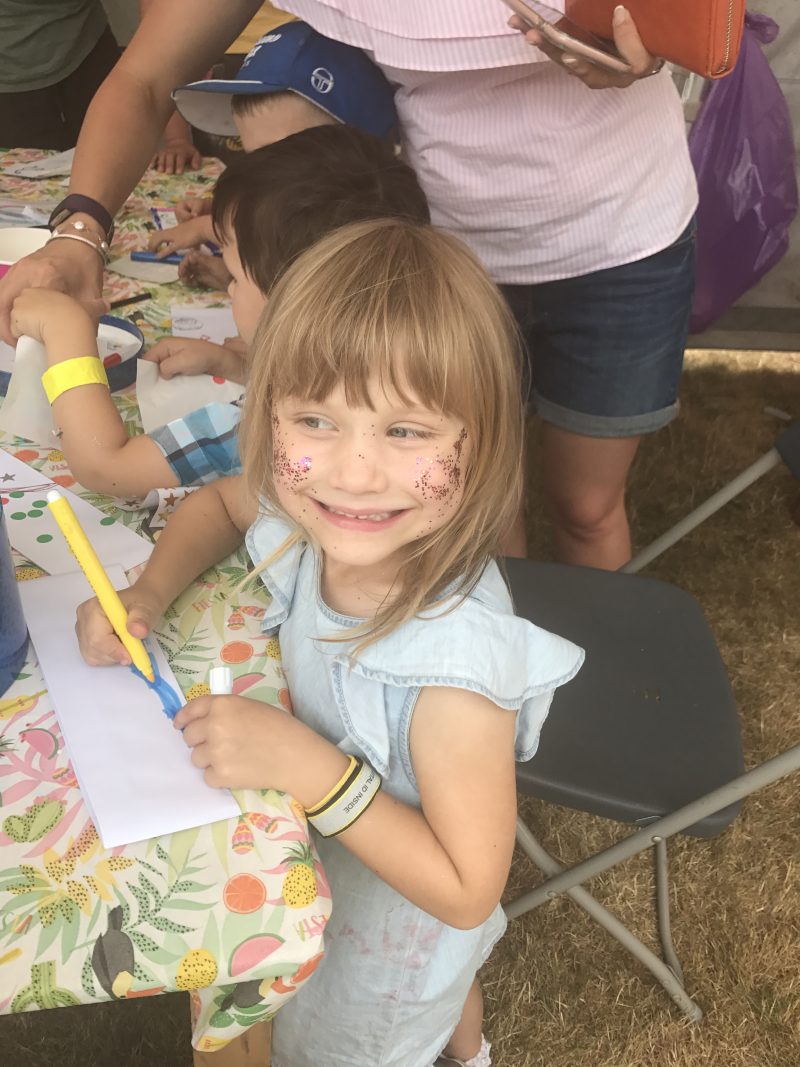 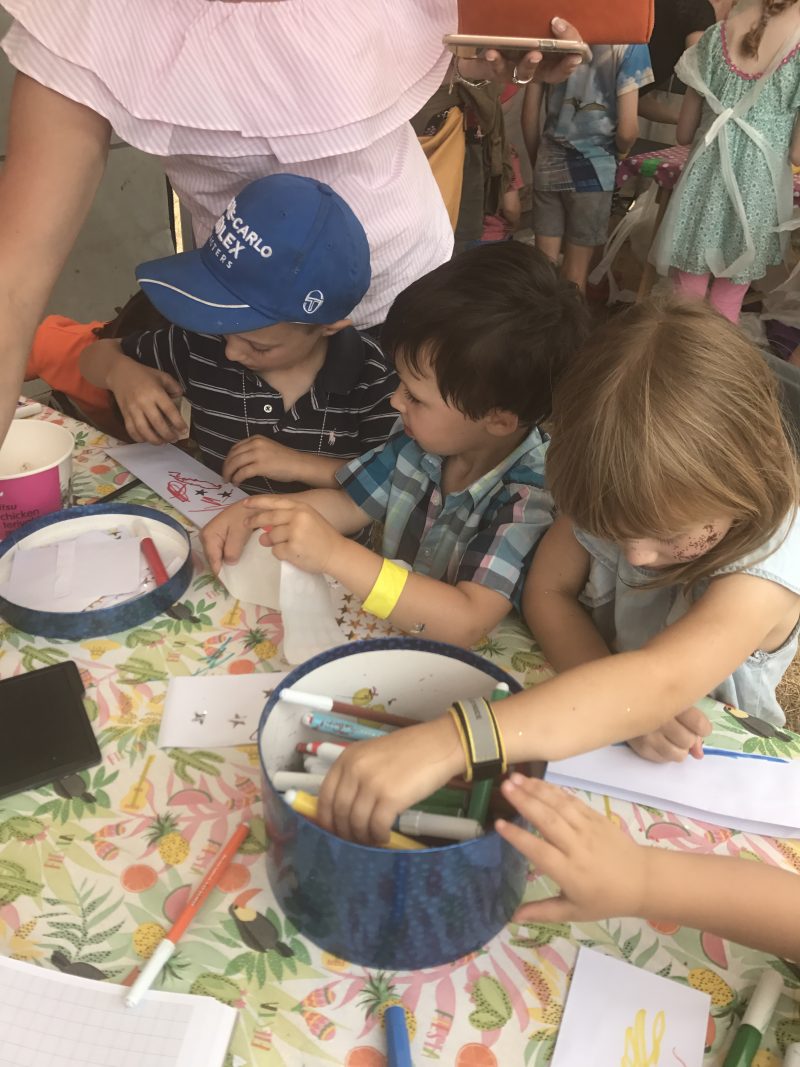 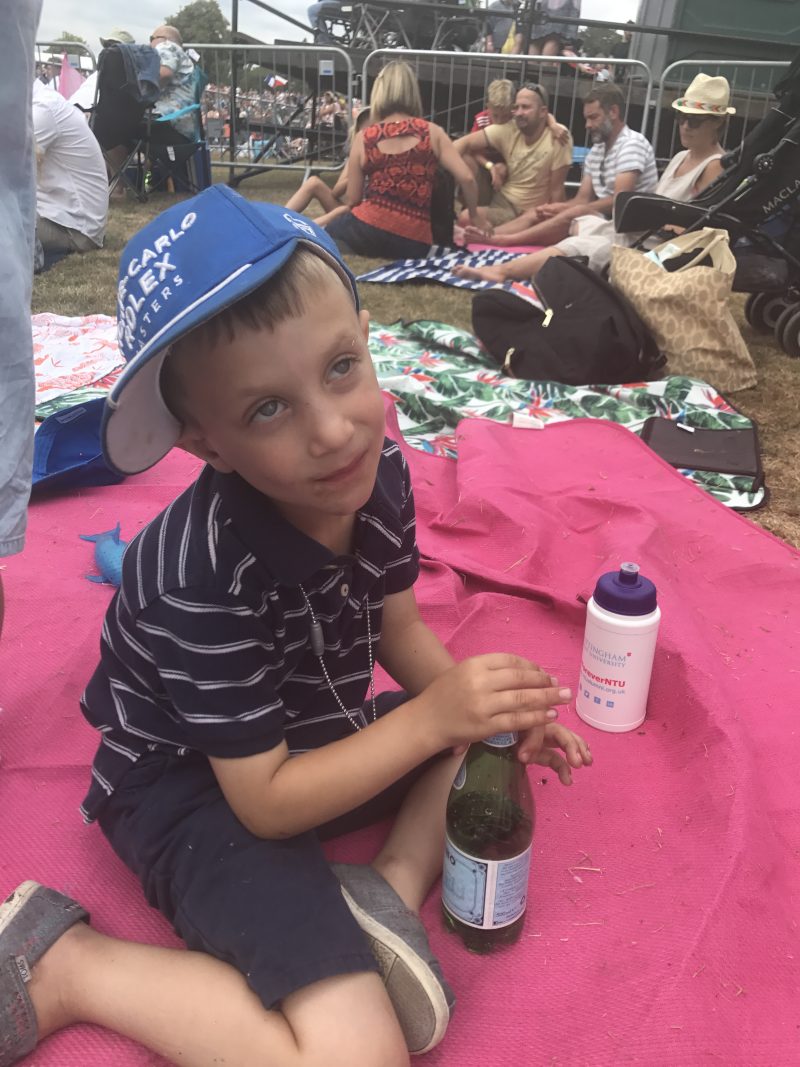 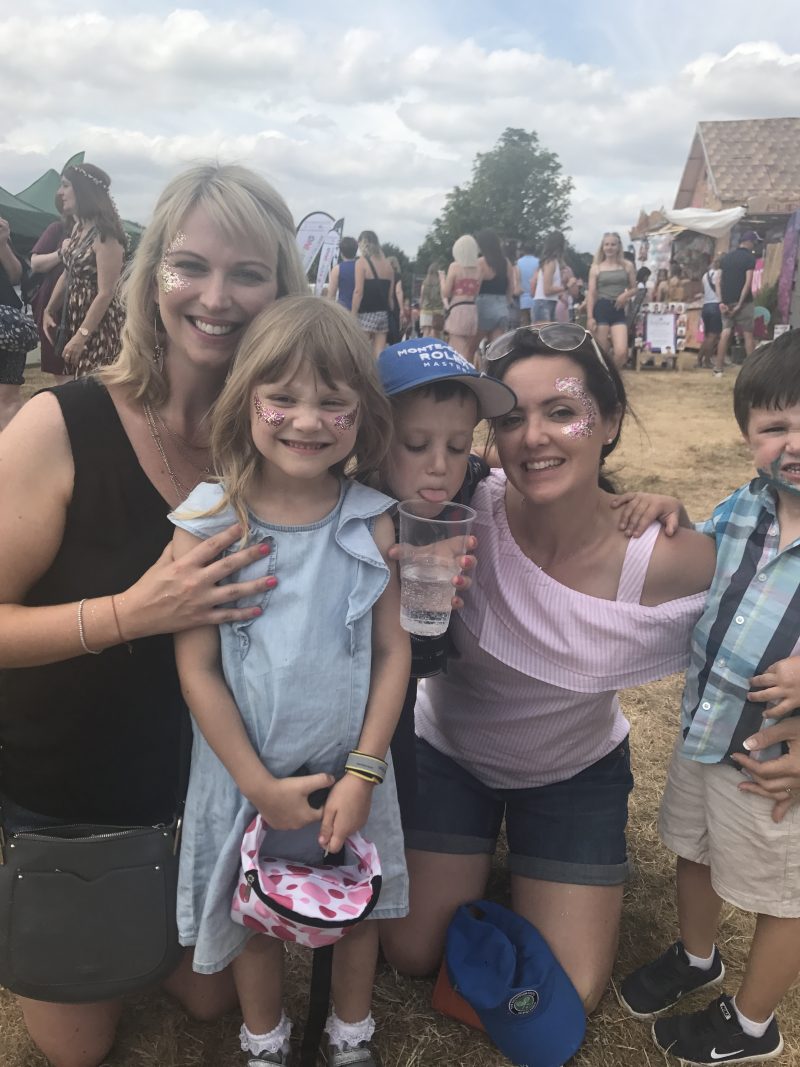 We spent quite a bit of the afternoon alternating between relaxing on the blanket, eating snacks and drinking prosecco, to playing in the family area – there was something for everyone.

We also watched a few of the acts, including Sophie Ellis-Bexter and Bjorn again, who were both really good.

Our friends left around 5pm. There children are all younger than ours, so were started to get bored. Ours are slightly older and seemed to be having a great time, so we decided to stay a little longer.

At 6ish we headed to one of the other stages to watch Embrace play. I really like their songs and was a little surprised that they weren’t on the main stage. However, we did manage to get really close to the stage and the kids thought it was great. 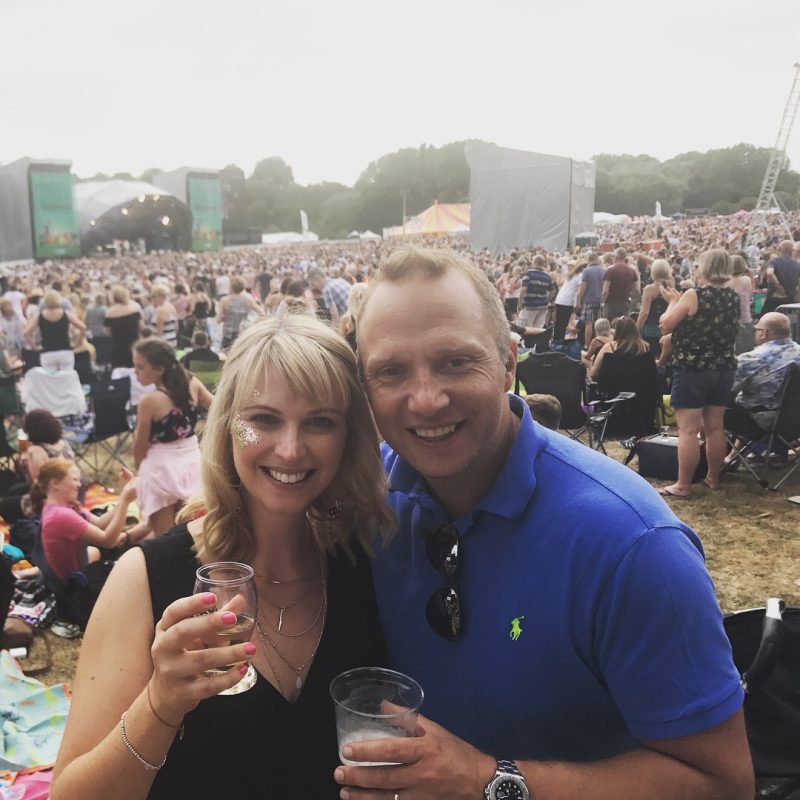 We then headed back to our blanket to eat chips and watch the Charlatans, who were also good.

After this we decided to call it a day. We’d had a brilliant day and didn’t want it to be ruined by people getting rowdy during the evening. I’m sure it would’ve been fine, but I wanted the day to end on a high. We were a little gutted to miss Paloma Fait who was headlining the event, but I think we made the right decision.

Overall, we had an amazing day. I loved the whole relaxed festival vibe and it was really great to experience it with the kids. I’d definitely go again and would also like to maybe do one or two of the larger festivals, where you can also camp. Although I’m really not a camper, I can see how appealing it is to just head back to your tent after a busy day enjoying everything that’s on offer.