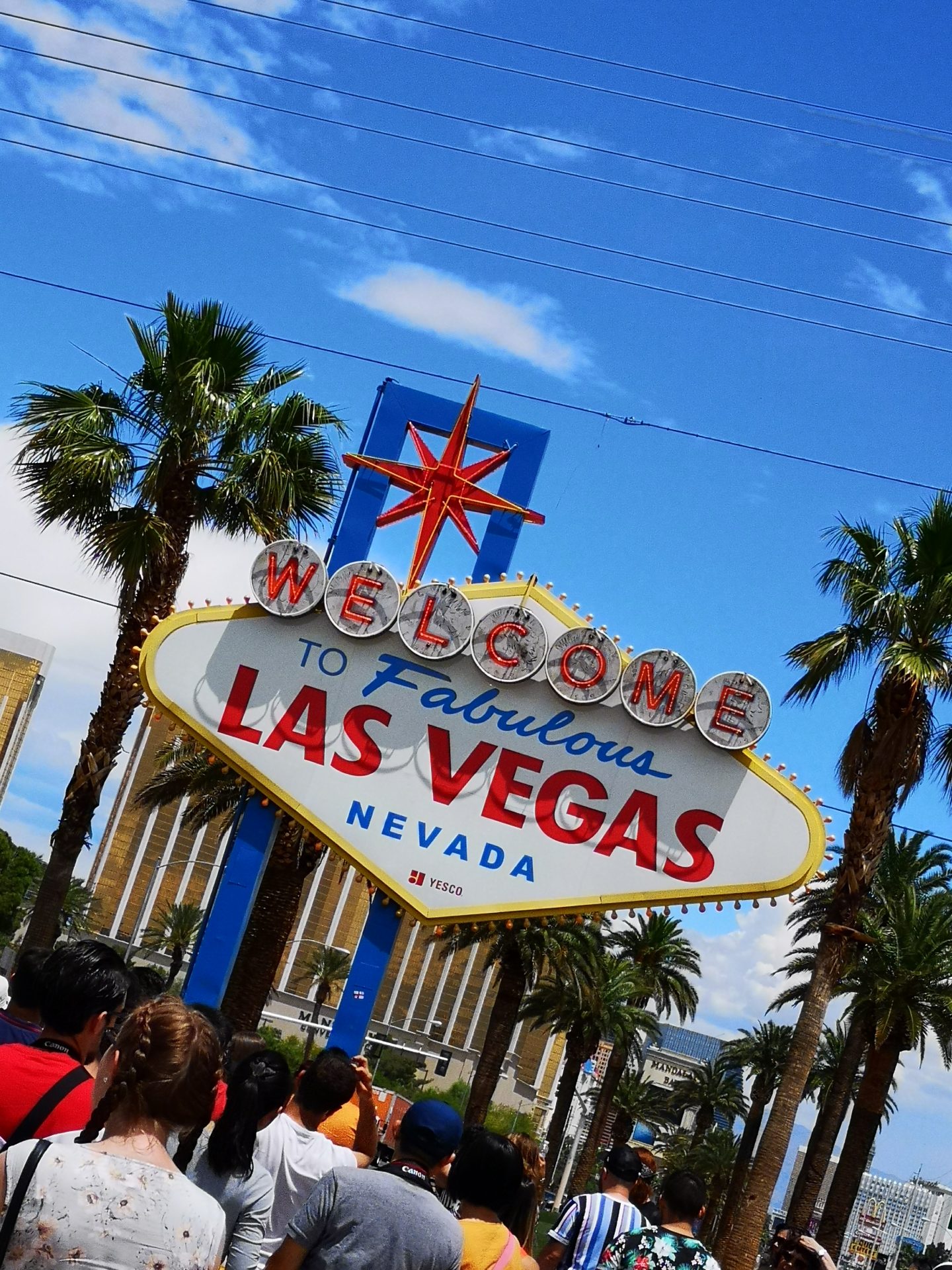 We recently spent two weeks in Las Vegas and Los Angeles for a family wedding. Here’s what we got up to.

When my youngest niece, Nicolle, announced she was getting married in Las Vegas we knew that we’d definitely be attending. We’re quite close, so I didn’t want to miss her special day. Also, Las Vegas and Los Angeles are both places that Simon and I love. We used to go to Vegas lots prior to kids, so it holds lots of great memories for us both.

When we planned the trip, we thought we’d make the most of being on the west coast and extend our trip so that we could spend some time in LA and also take the kids to Disneyland. I went as a kid and loved it. Simon and I had visited LA when I was 11 weeks pregnant with Oscar, so it was quite special to be able to take him there.

We went over May half term, but we also took the kids out of school for an extra week to allow us to visit LA too.

We flew on the Sunday and arrived in Vegas late afternoon. We flew with Virgin Atlantic and decided to use some of our air miles to upgrade to Premium. If you haven’t done this before, it’s well worth considering. You get a lot more leg room, the service and food is better and the kids absolutely loved the snack wall, where you could go and help yourselves. In fact, they liked it that much that I think they pretty much cleared it out!! 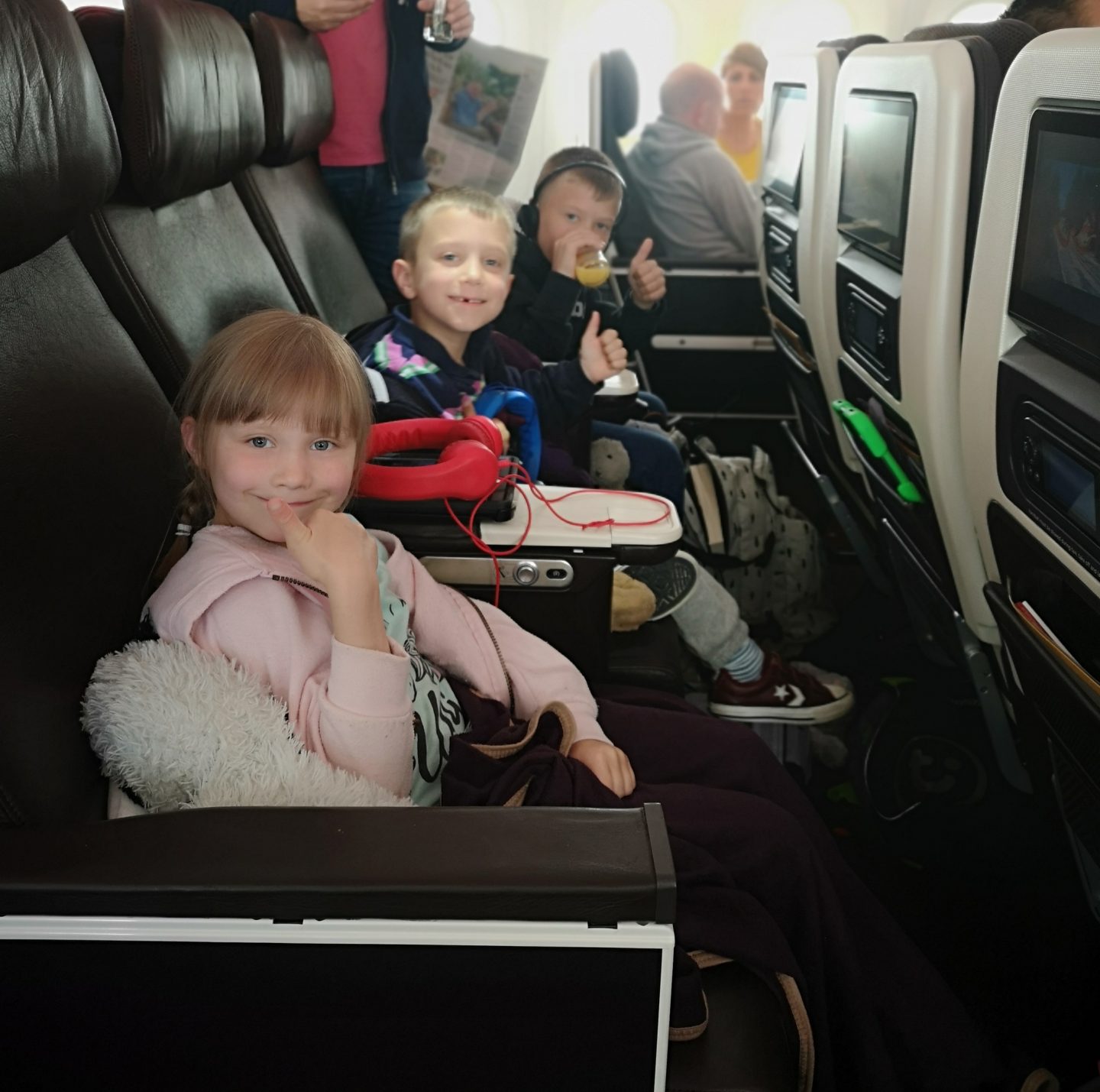 We stopped at The Mirage hotel, which is a really good location on the strip and also has a decent pool area for the kids. Just after we’d checked in we received a phone call from Simon’s parents, informing us that their house had been on fire and was pretty much destroyed. Thankfully they were ok, but it was a huge shock! After this, we were all pretty shattered and after unpacking the cases, meeting up with my mum and dad – who were also staying at our hotel – a bite to eat and a quick look around the Venetian hotel, we all went to bed. 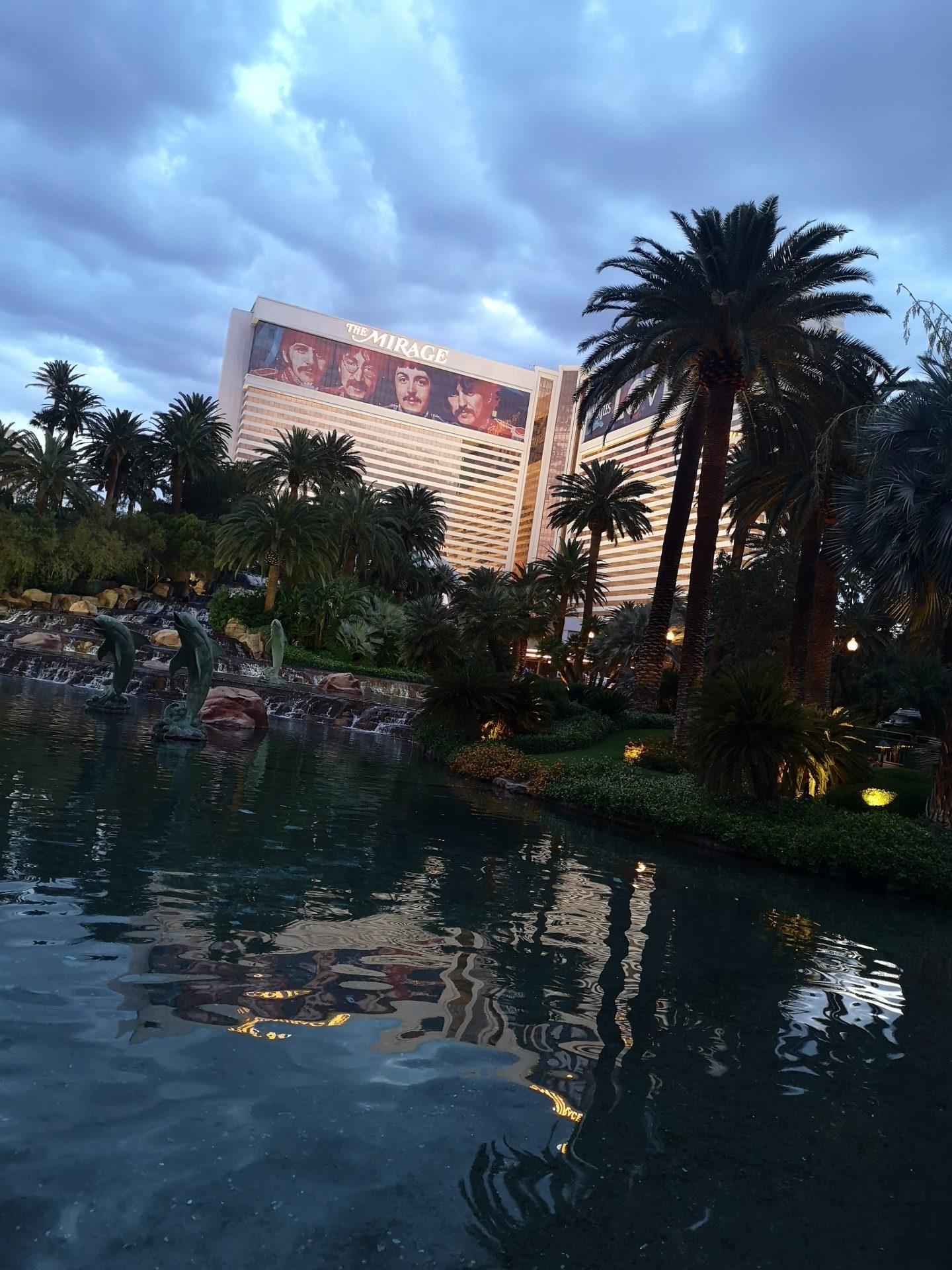 Due to the eight hour time difference, we were all awake pretty early, so we went for a Starbucks and a wander around Treasure Island, which was next to our hotel. Once my mum and dad were awake we went for breakfast across the road at Denny’s, which was just what we needed.

We had pre booked to do the Avengers experience at Treasure Island, so after breakfast we caught the little tram that runs between The Mirage and Treasure Island and headed to the Avengers bit. We all really enjoyed it and it was really good going round the interactive exhibition. 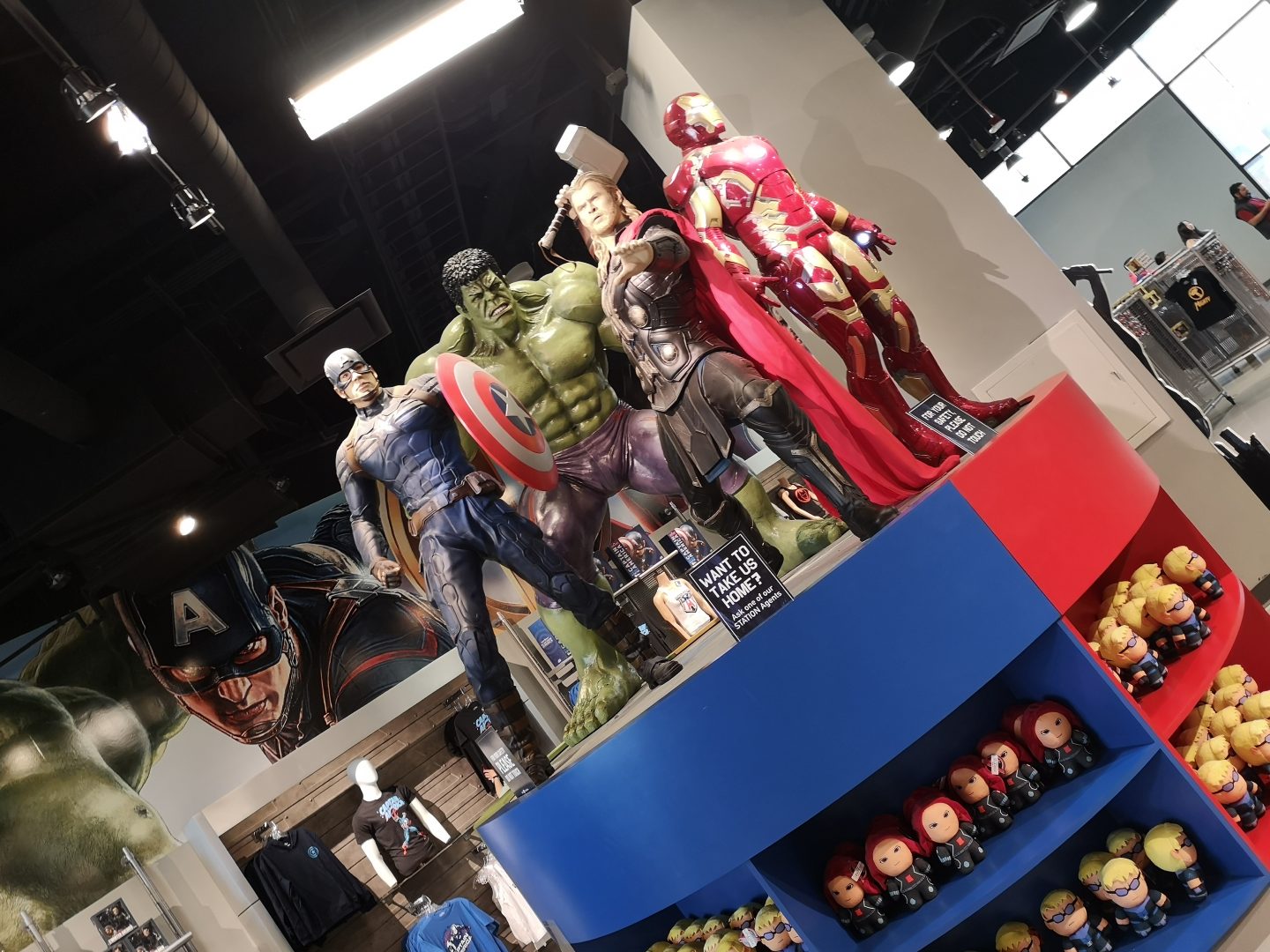 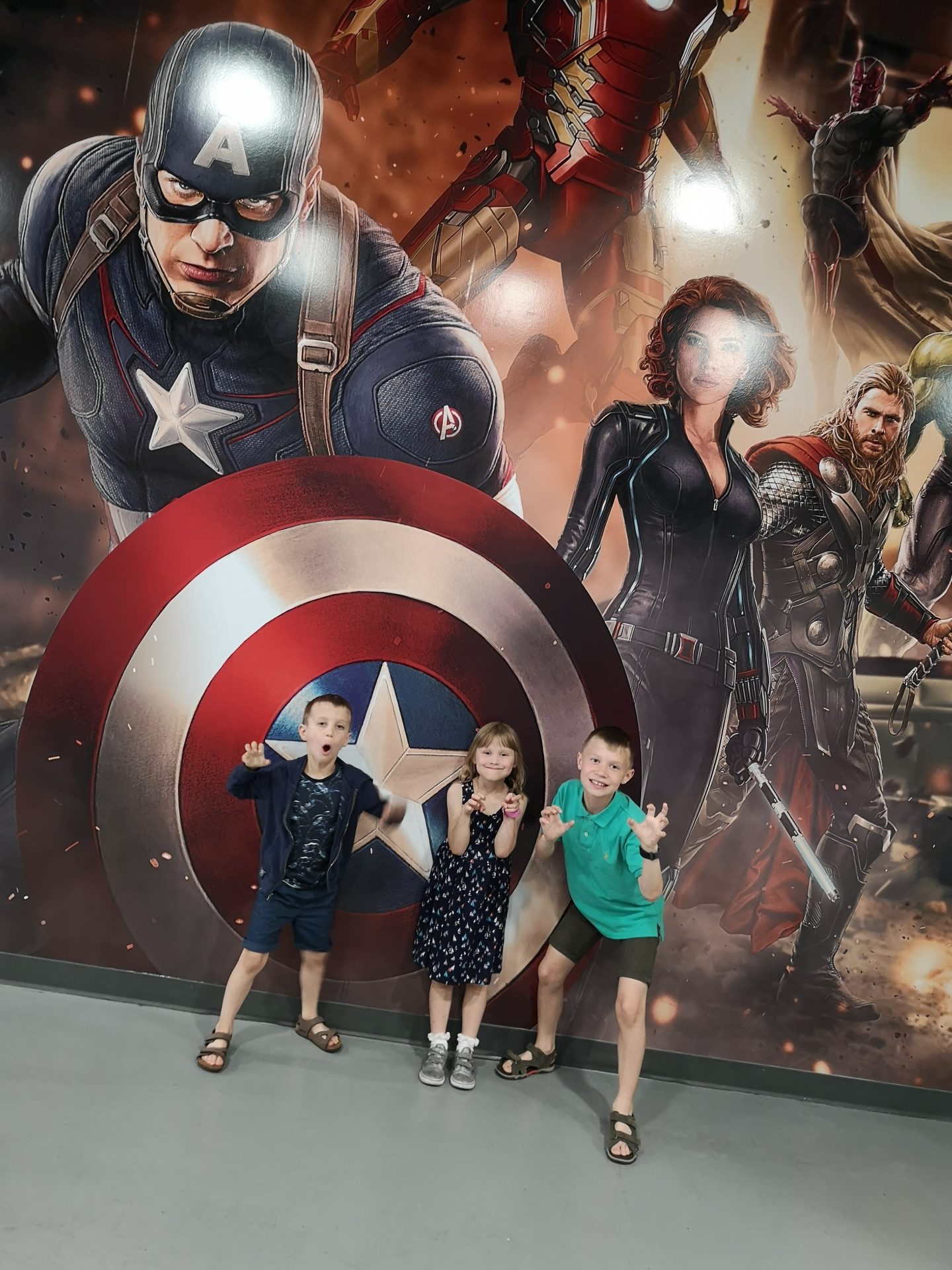 After we’d finished at the Avengers experience, we were all still feeling tired (don’t you just love jet lag), so decided to head back to the room for a bit. We had arranged to meet my niece, her boyfriend and my sister at 4pm, so we wanted to have a bit of a rest first.

Once we’d met up with everyone, we all got a taxi to Fremont Street, which had a really lively atmosphere. There were a few “street entertainers” who perhaps weren’t the most child-friendly, but on the whole it was good fun. We had dinner at Tony Roma’s before heading back. 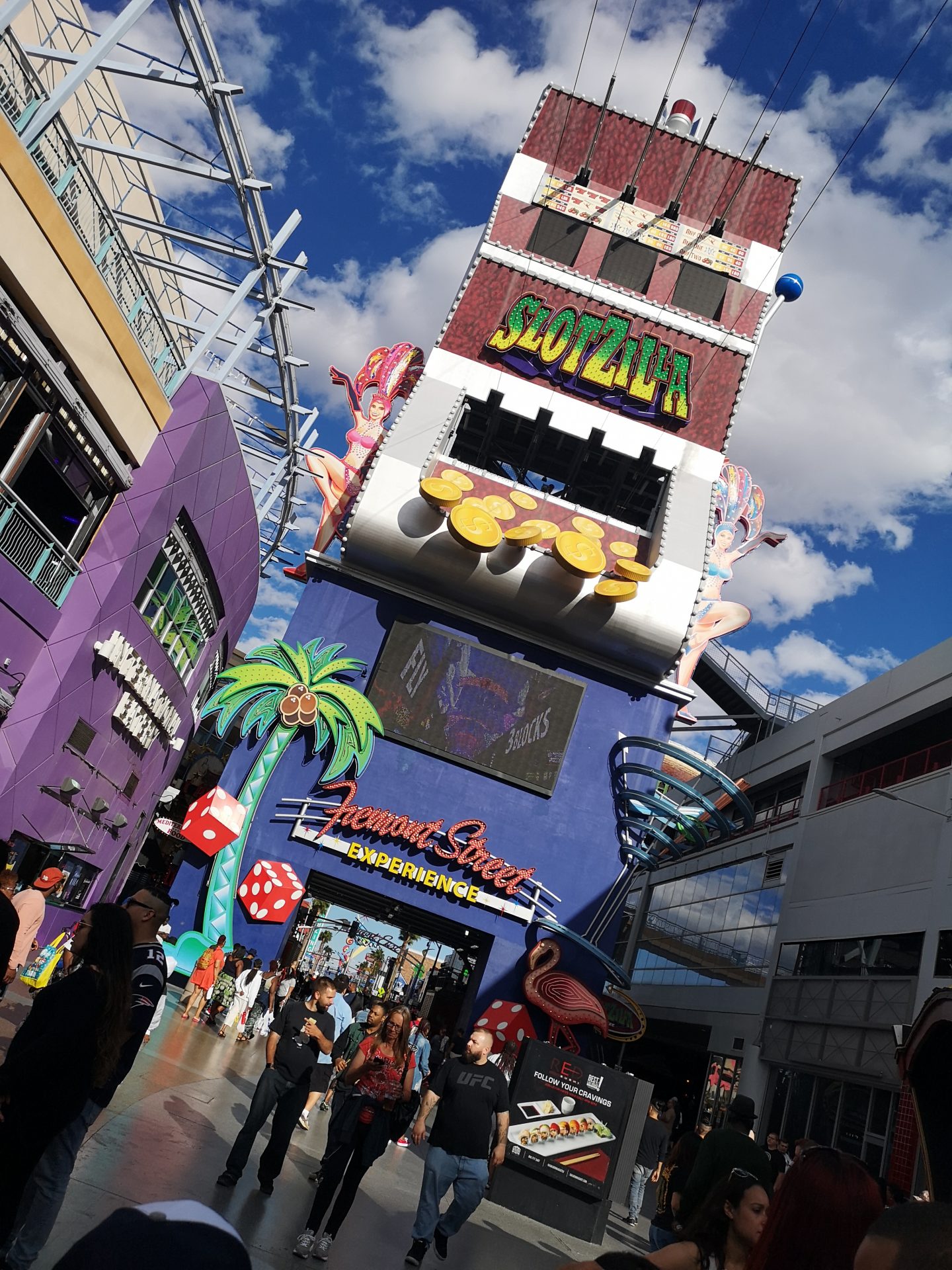 That night the kids slept in my parents room, so we went out for a little gamble and a cocktail at Parasol Down at the Wynn Hotel. We’d visited before when we were on our honeymoon, so it was lovely to see that it was still as lovely as ever. 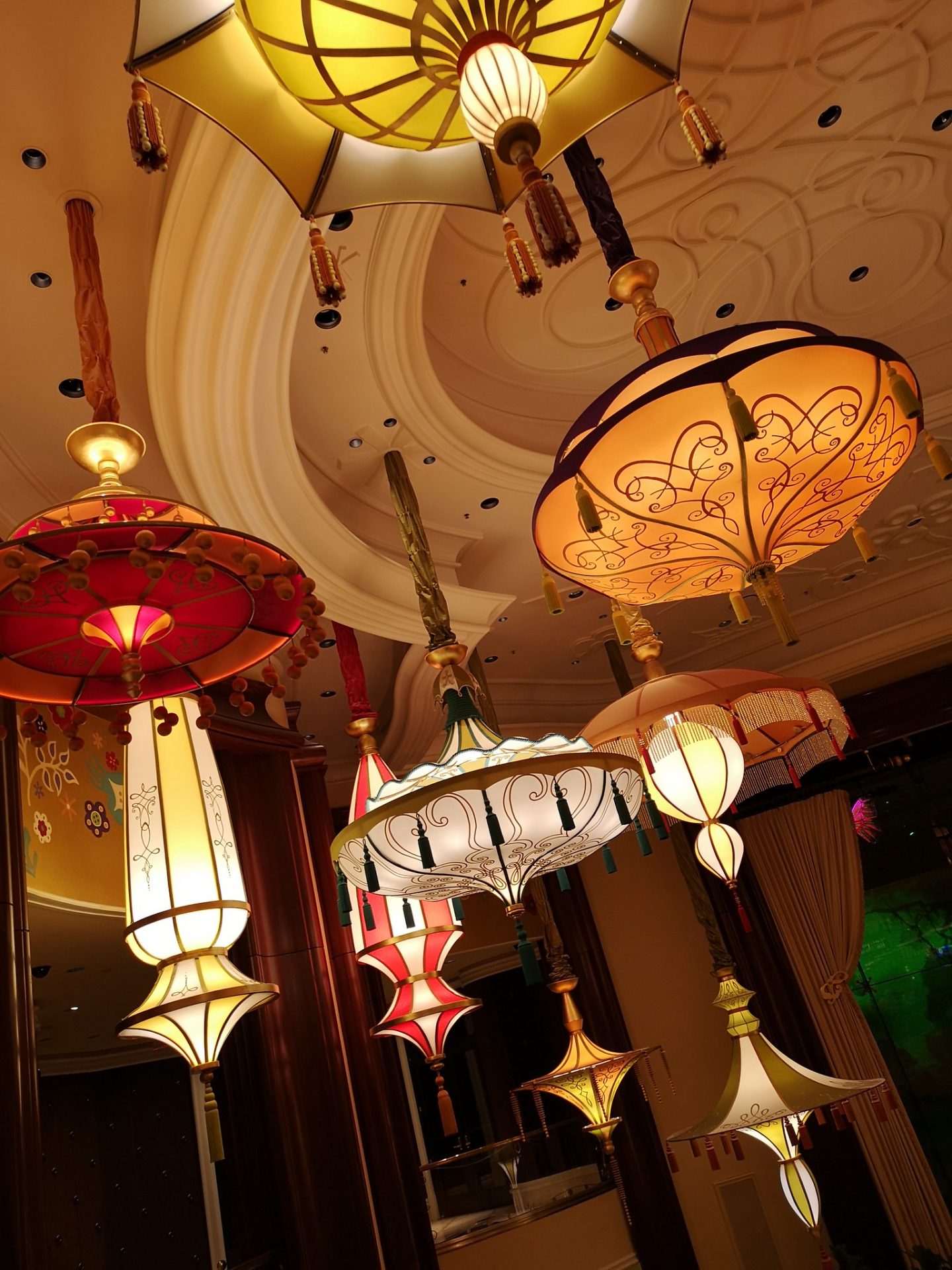 Tuesday was the day of the wedding, but as it wasn’t taking place until 5pm, we had most of the morning to relax.We had a buffet breakfast at our hotel, which was amazing. After breakfast, we took the kids over to the Wynn to show them the beautiful floral decorations, which followed a fairground theme. We then headed back to our hotel to hit the pool. Although the water was freezing, so we were only down there for about an hour. 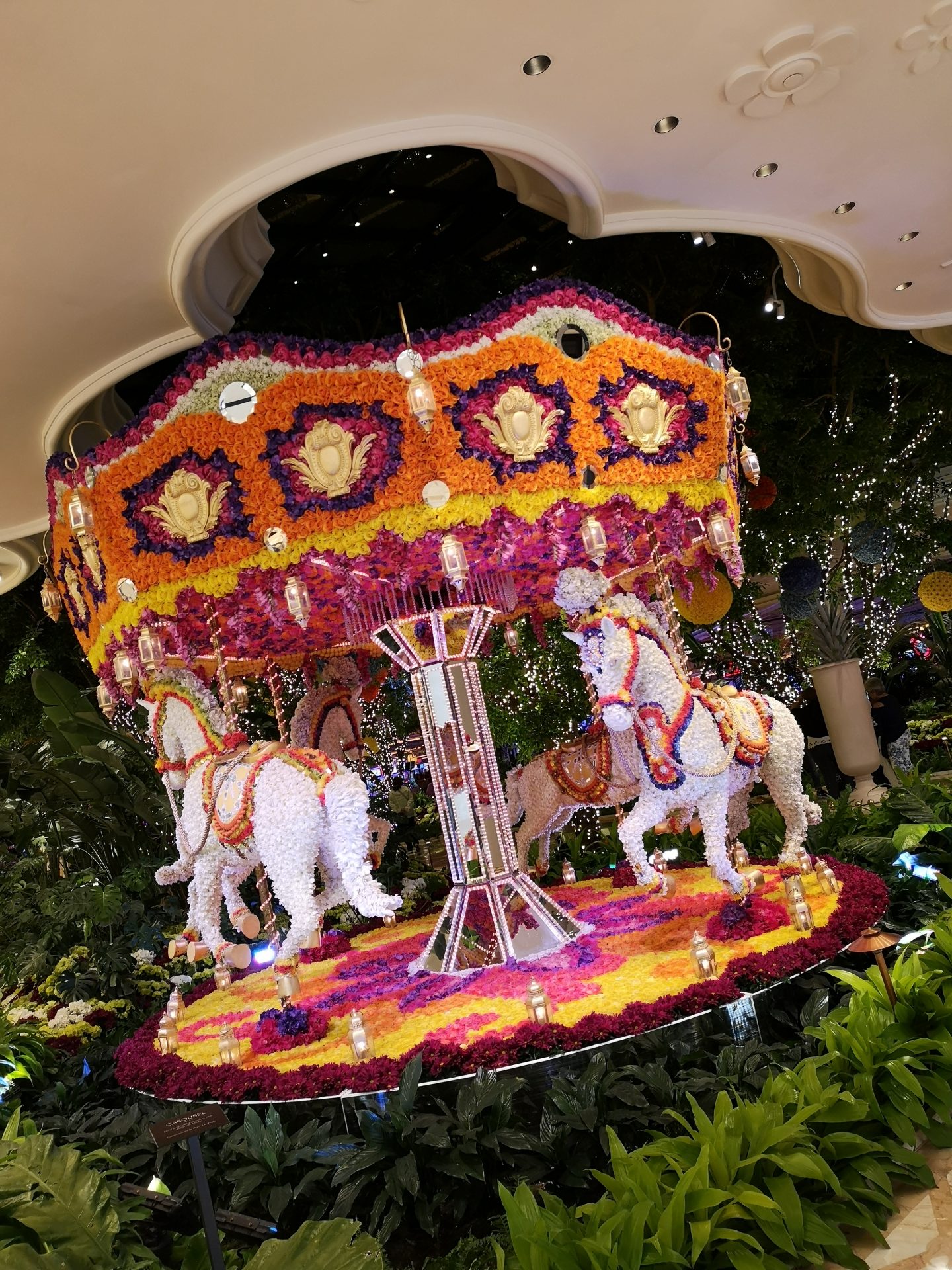 As me and Heidi were both bridesmaids for my niece, we needed to get ready and head to my niece’s hotel for 3pm. She was staying at the Luxor, so once we were ready we jumped in a taxi and went to start the celebrations.

The wedding took place at the Chapel of the Flowers and was really lovely. I wasn’t sure what to expect, but the chapel was beautiful. After photo’s, we headed to Maggianos at the Fashion Show Mall, where they’d hired a private room for the evening. The food was lovely and with a four-hour open bar, everyone was in great spirits. 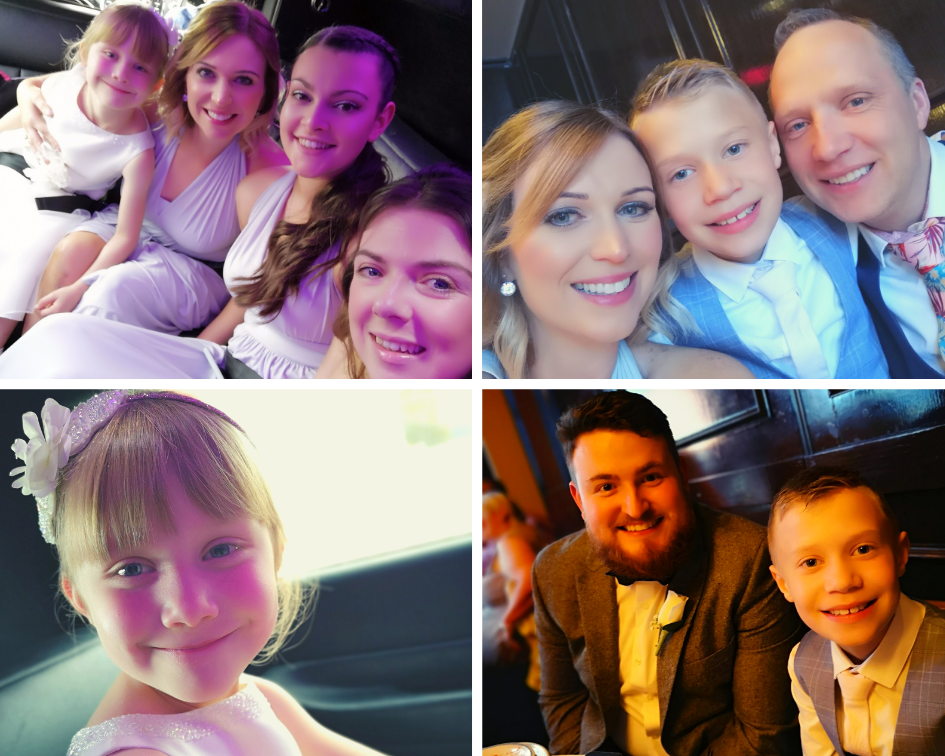 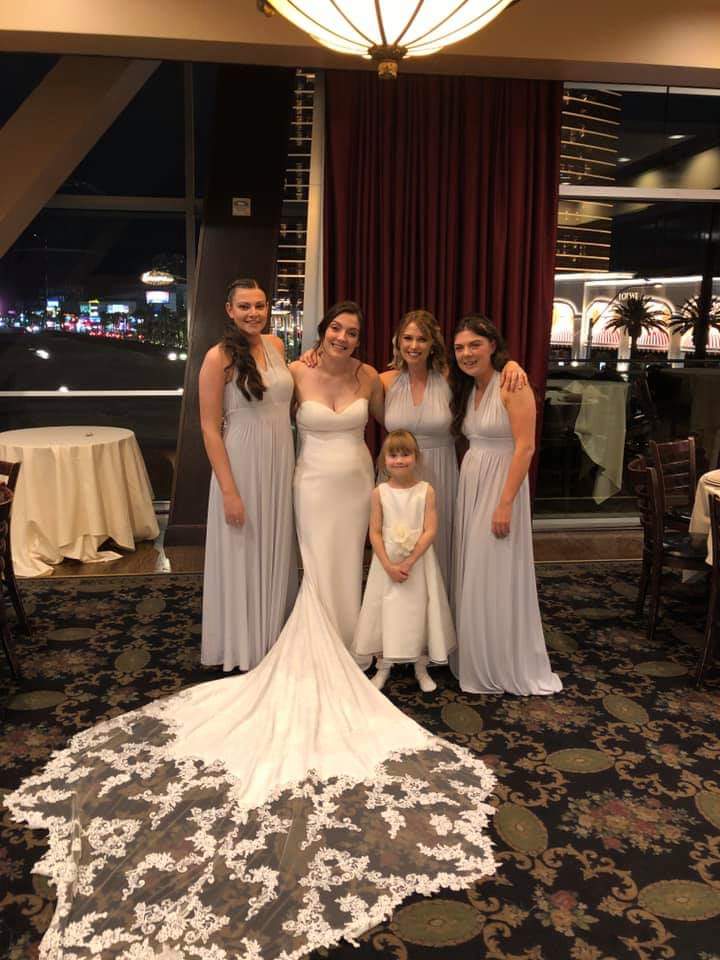 Simon and I carried on celebrating with the happy couple until about 3am in the morning at Coyote Ugly at New York New York (the kids wanted to stay with my mum and dad again)! It was definitely a memorable night. 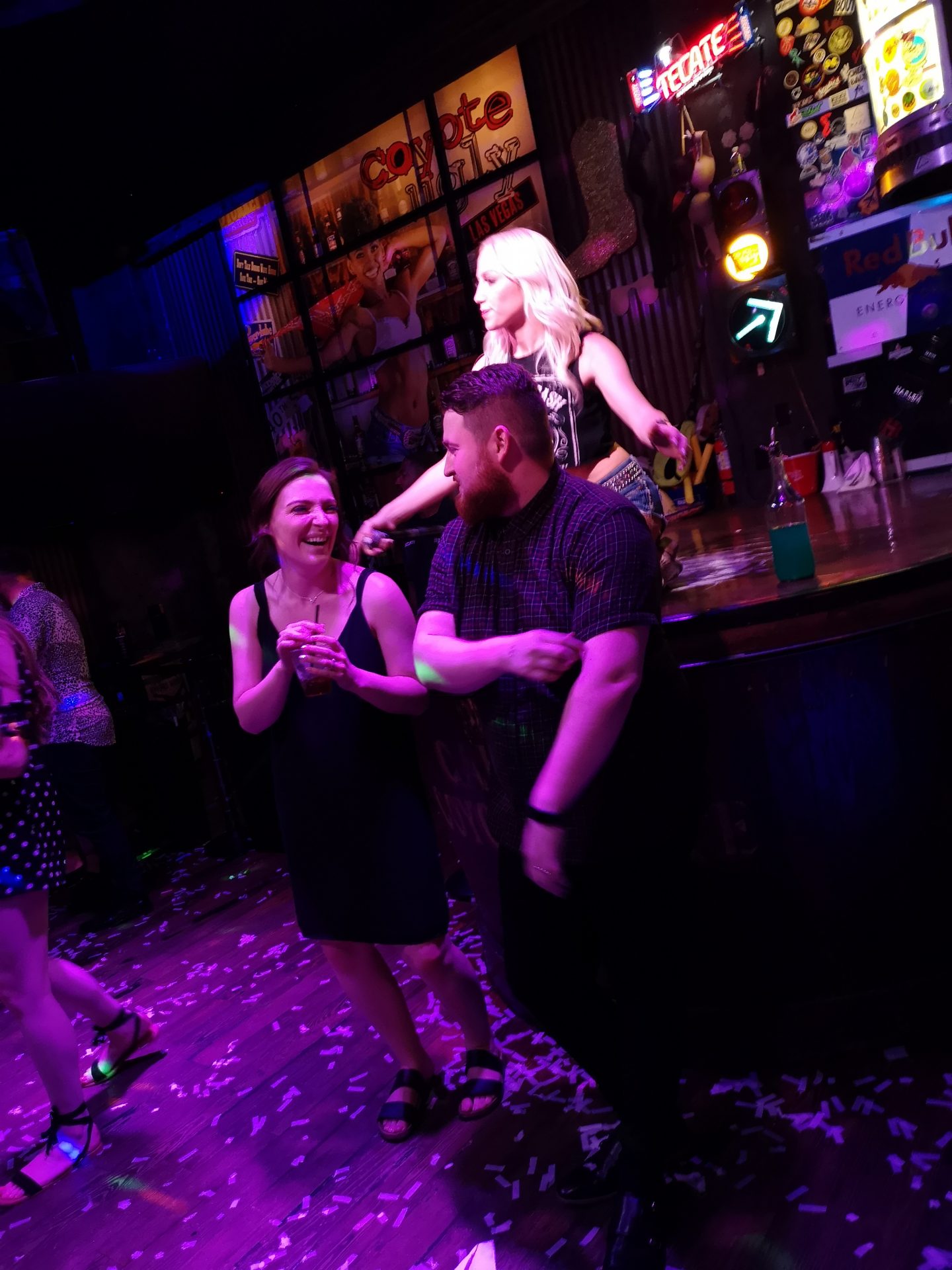 The next morning we were nursing a bit of a hangover, but after another buffet breakfast, we went with my mum and dad to explore Bellagio and also took the kids to the M&M factory, where they were thoroughly spoilt! 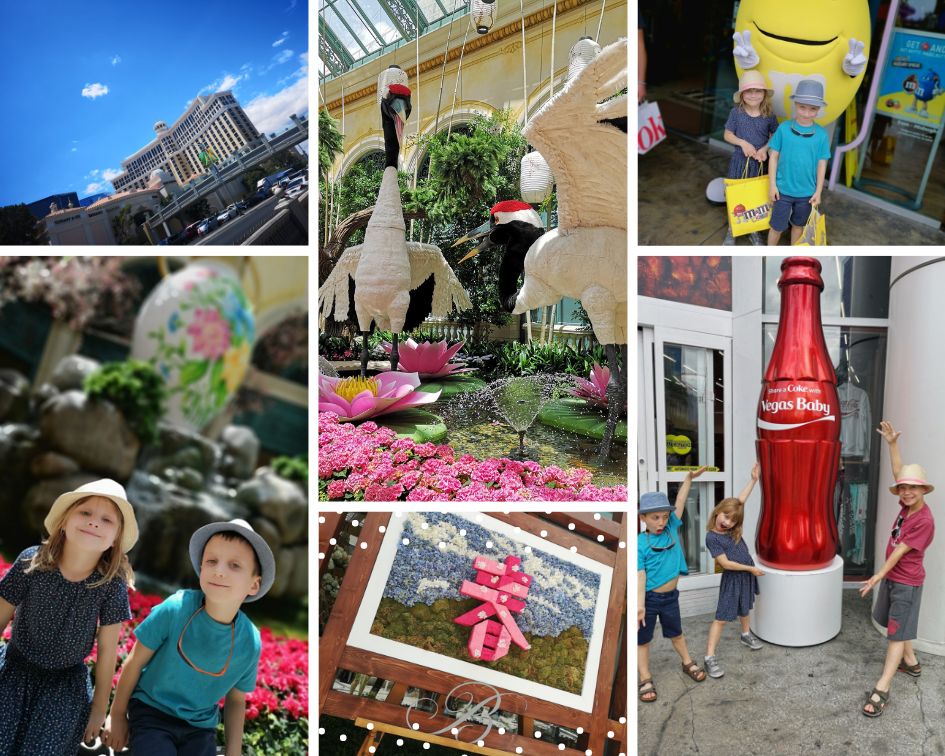 It was my parents’ last night in Vegas as they’d gone before us, so we went for a meal with them to Outback Steakhouse. The food was ok but I probably wouldn’t rush back.

The next morning we picked up our rental car, ready for our drive the next day to Vegas. We dropped my mum at the airport for their flight home and them went to get the obligatory pics at the Las Vegas sign. We then headed to the Pawn shop, which is featured on the TV show Pawn Stars. 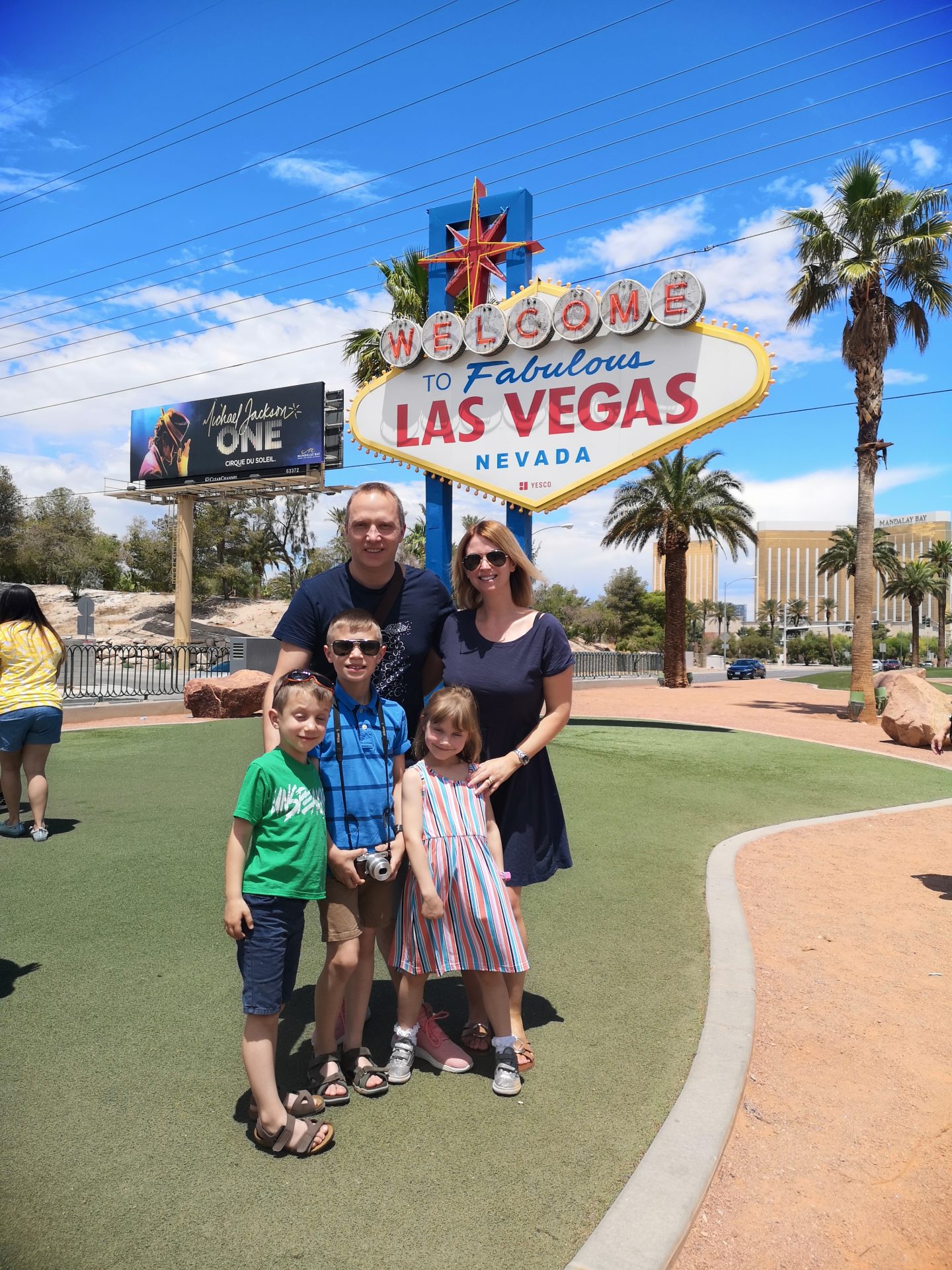 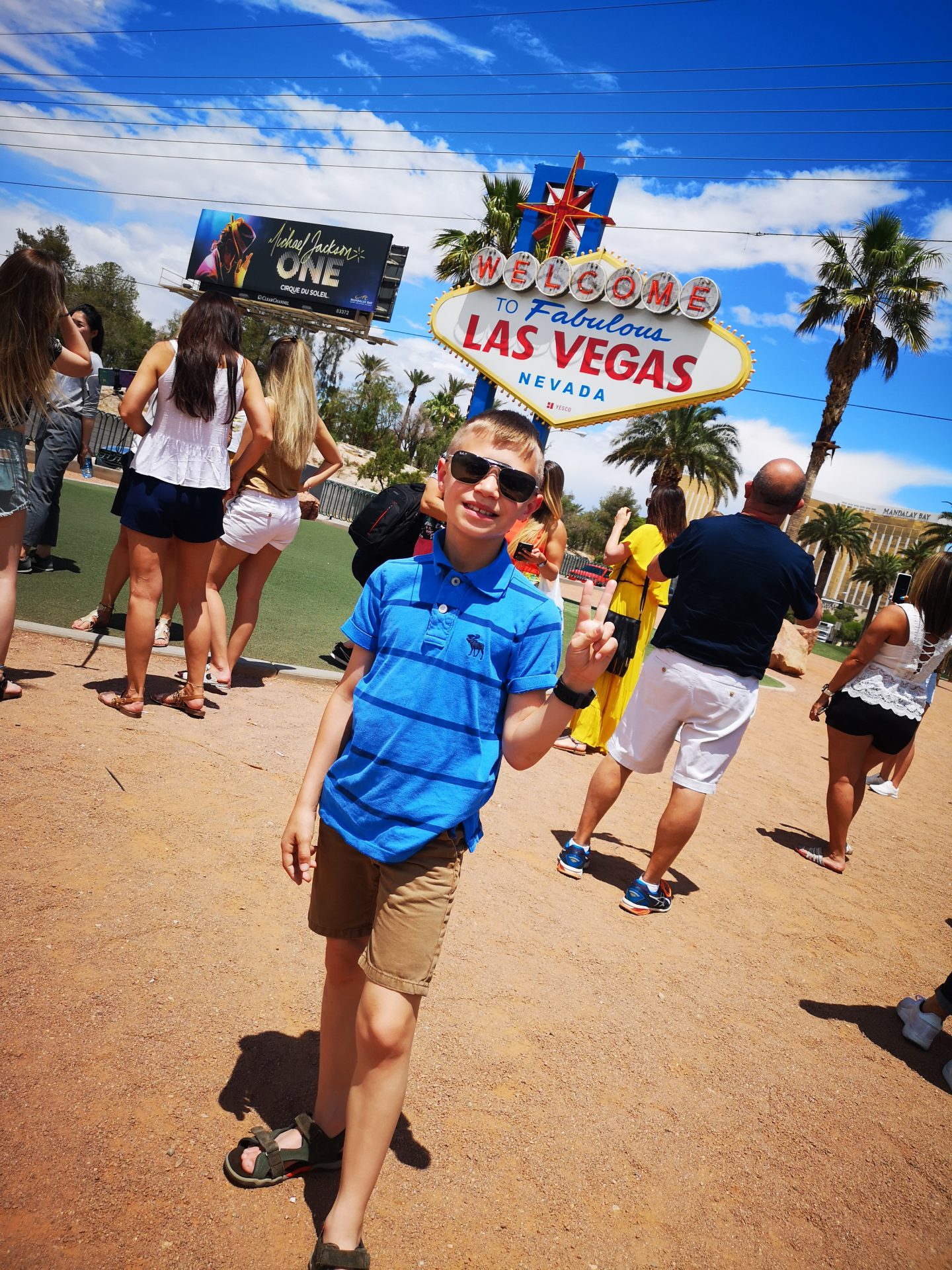 On the way back to our hotel, we stopped at the Venetian, so that Simon and Oscar could have a go at the Star Wars Void virtual reality experience, which they both said was amazing. Once we’d taken the car back to our hotel, we decided to take a walk to watch the Bellagio fountains. We hadn’t actually got round to seeing them and really wanted the kids to see them. We then head to Sugar at the Fashion Show Mall, which is basically a sweetshop and a restaurant. The kids had seen a couple of YouTube videos about Sugar, so they definitely wanted to visit. We’d managed to get a Groupon deal, so they all had some sweets and we also ate in the restaurant, which was expensive but the food was good. The kids really enjoyed the sliders with different coloured burger buns. 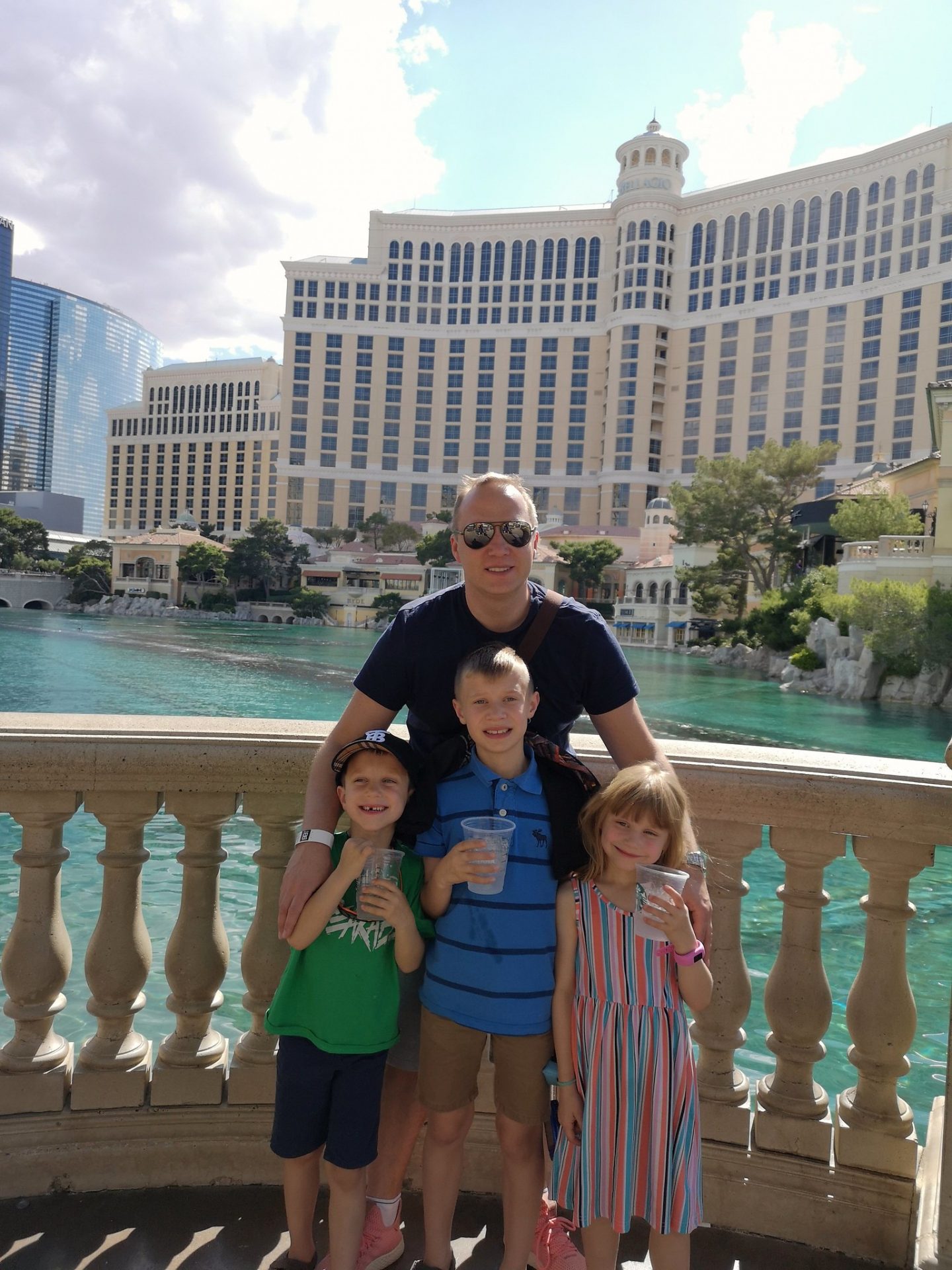 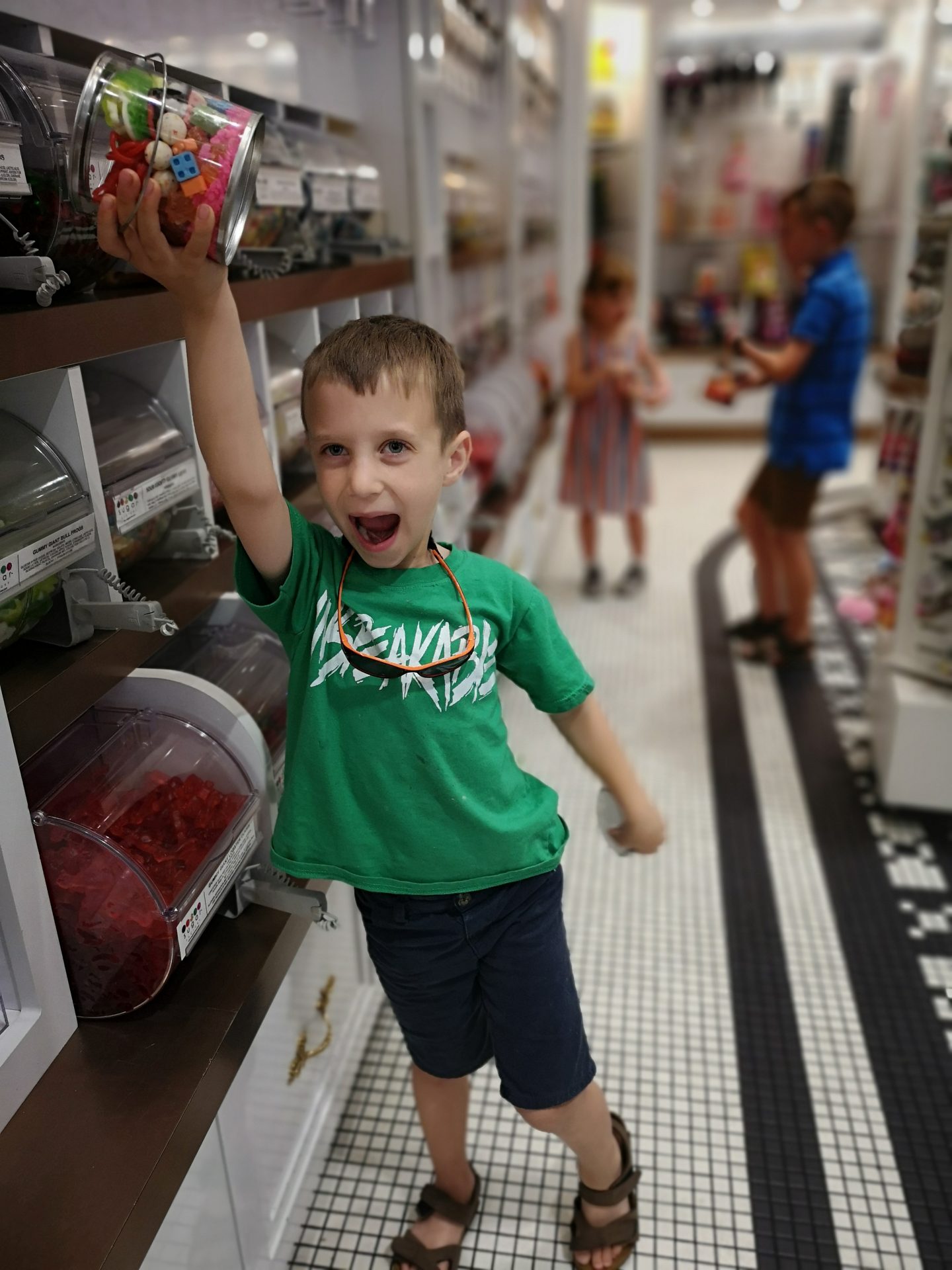 On the Friday, we packed up our cases, enjoyed one final buffet breakfast and set off towards LA…

It was so lovely to be able to share Vegas with our kids and their was surprisingly lots of kid friendly things to do. It probably wouldn’t be the first place I’d pick to holiday was the kids in the future, but if we ever found ourselves in that part of America again, I’d definitely go back.

To be continued in part two.