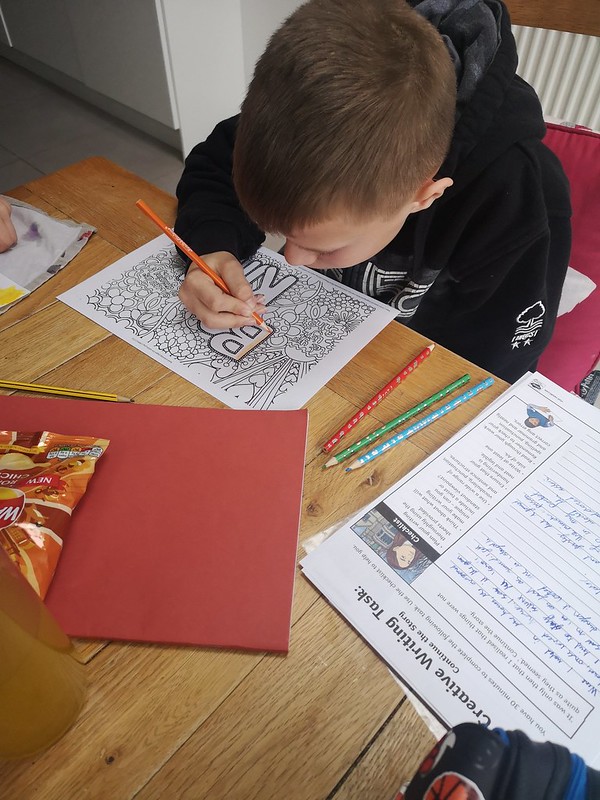 Well, what a start to the year!!

I knew that there would likely be some sort of lockdown after the slight relaxing over Christmas, but I wasn’t expecting a full on lockdown with schools shut!

Last Monday, after much speculation that school would close, Boris announced that they would indeed be closing, along with a national lockdown. Not just for a few weeks, as expected, but until at LEAST February half term. Well, that did it – I sobbed! How would we get through It again.

The first lockdown was tough, but the weather helped and it was novel and we were all scared. This time we’ve all had enough. It’s cold and dark and we all want our lives back. We’ve had enough quality family time to last a bloody lifetime!

Now, don’t get me wrong – I get it. I know that covid cases are ridiculously high, deaths are up and hospitals are overwhelmed; but how almost a year later are we in exactly the same position?! Surely there is a better way of dealing with this situation than another lock down? For instance, why have we not put in place a robust test and trace system that means we can at least live some sort of life where there is more to look forward to than another walk at the weekend!

I really struggled last week. I was worried and sad for the kids, angry at the government and at how many schools have over 50% of pupils attending and just generally low and fed up. I know that I wasn’t alone. Speaking to friends and seeing the reaction on social media, I think everyone has had enough.

I was also anxious (and still am) about the fact that this time I will also be working whilst trying to sort the kids. Last time I was furloughed and it was hard enough trying to keep them off screens and get them do to school work. This time I’m working (which is pretty full on at the min) and school have also upped their game, probably due to the fact that they could end up with Ofsted on their case if they get complaints about their remote learning (WTF?!)

However, after much wallowing and moaning I’ve finally pulled myself together, put together an hour by hour timetable (I like routine and plans!) and I’m feeling much more positive. We can do this and just need to do the best we can. Some days we’ll all get on each others nerves, we’ll probably shout, fight, cry, the kids probably won’t do much school work, we’ll eat ALL the snacks and spend most of the days on screen (not doing school work). But on others, we’ll smash our schoolwork, we’ll laugh and we’ll be proud of ourselves for getting through.

I’m also mentally preparing myself for the fact that schools probably won’t go back after February half term. I think it’s more likely to be after Easter…