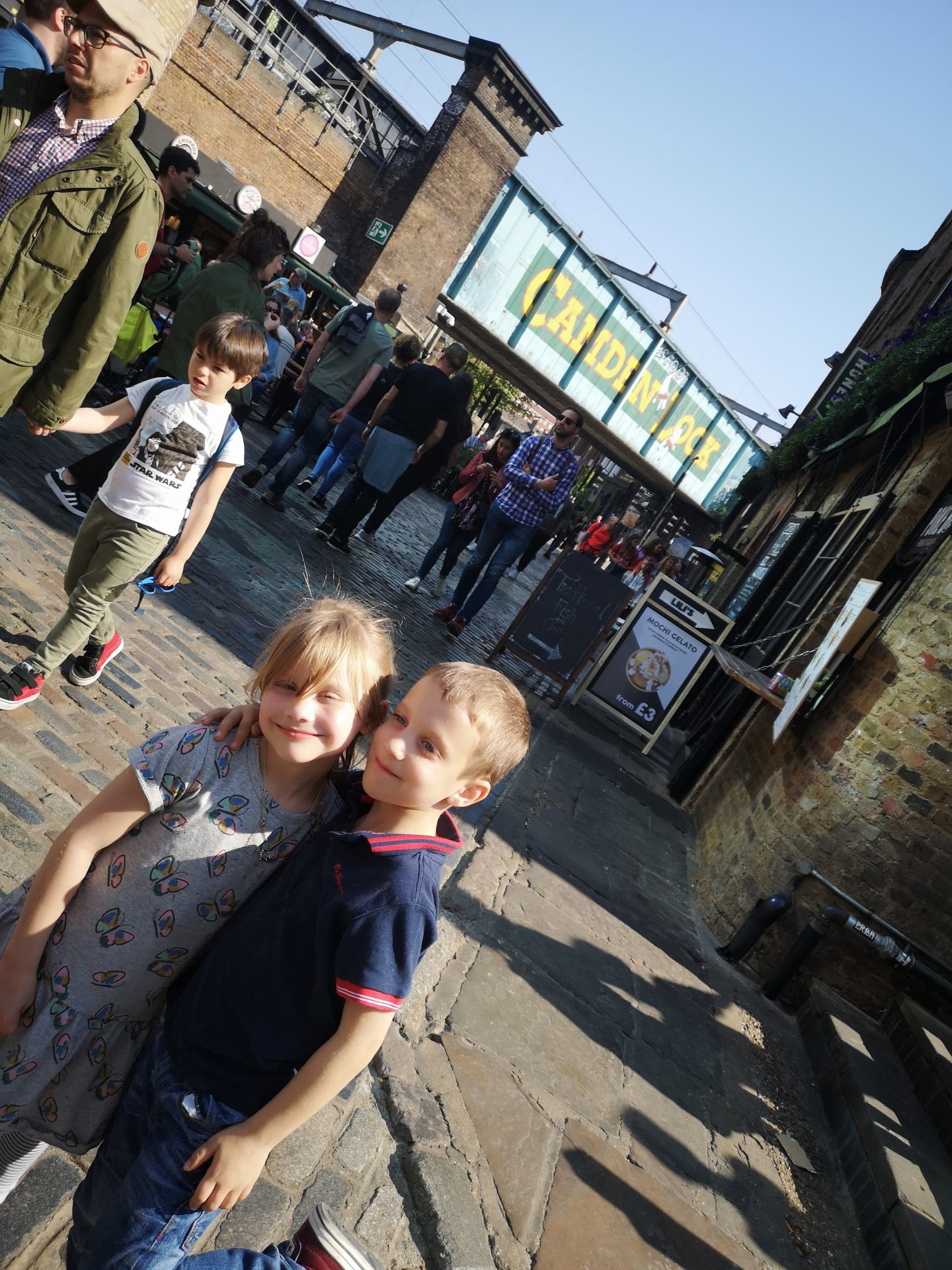 We recently spent Easter weekend in London with my mum and dad and had a great few days. Here’s what we got up to.

We got the train down to London quite early on Good Friday. When we arrived we headed to our hotel, the Premier Inn in Farringdon and dropped off our bags, before heading out to explore. 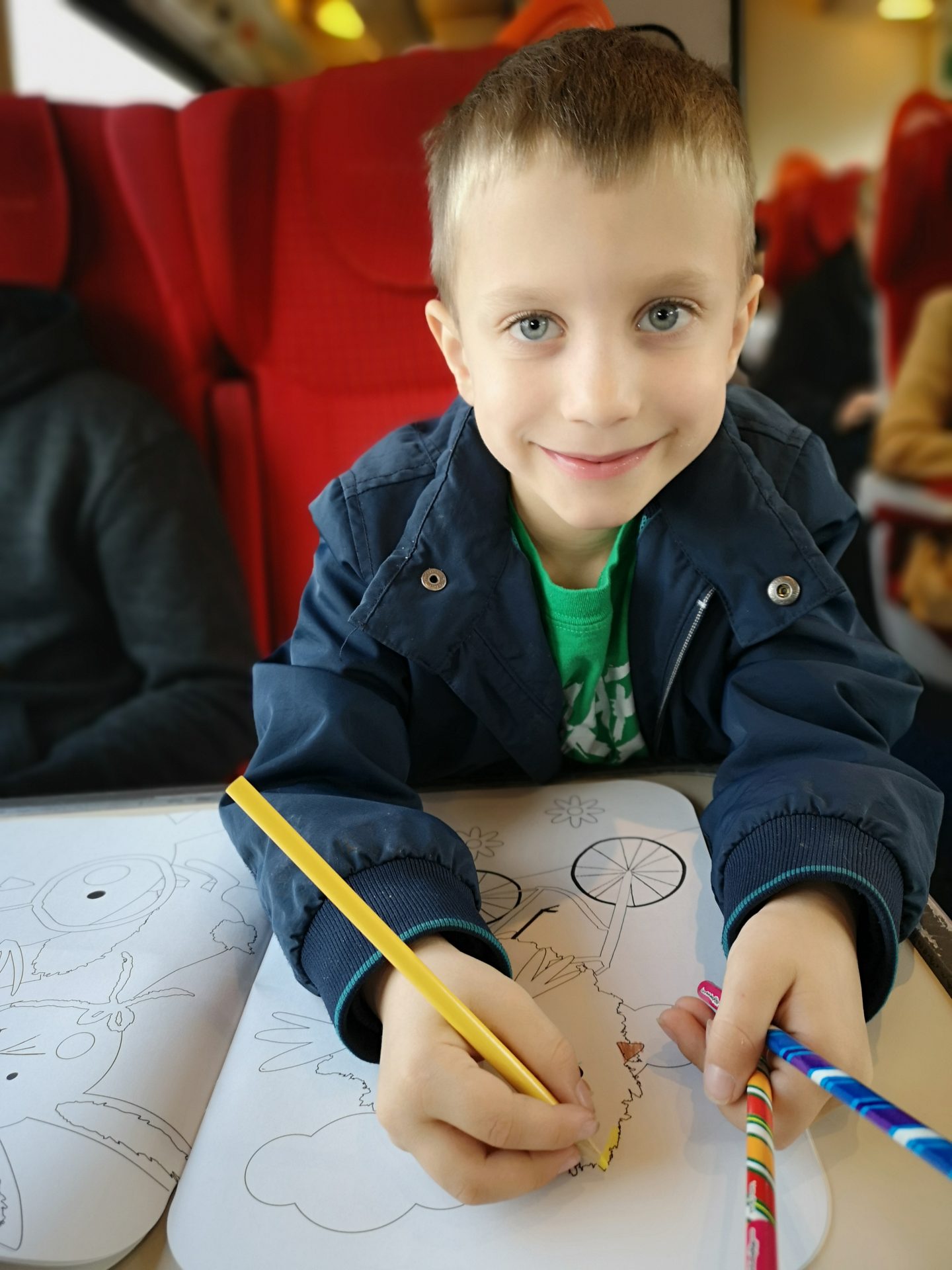 Simon and I had been to London for the weekend back in August, for our wedding anniversary and we had visited Bubblewrap in China Town. I knew the kids would love it, so this was the first place we headed. 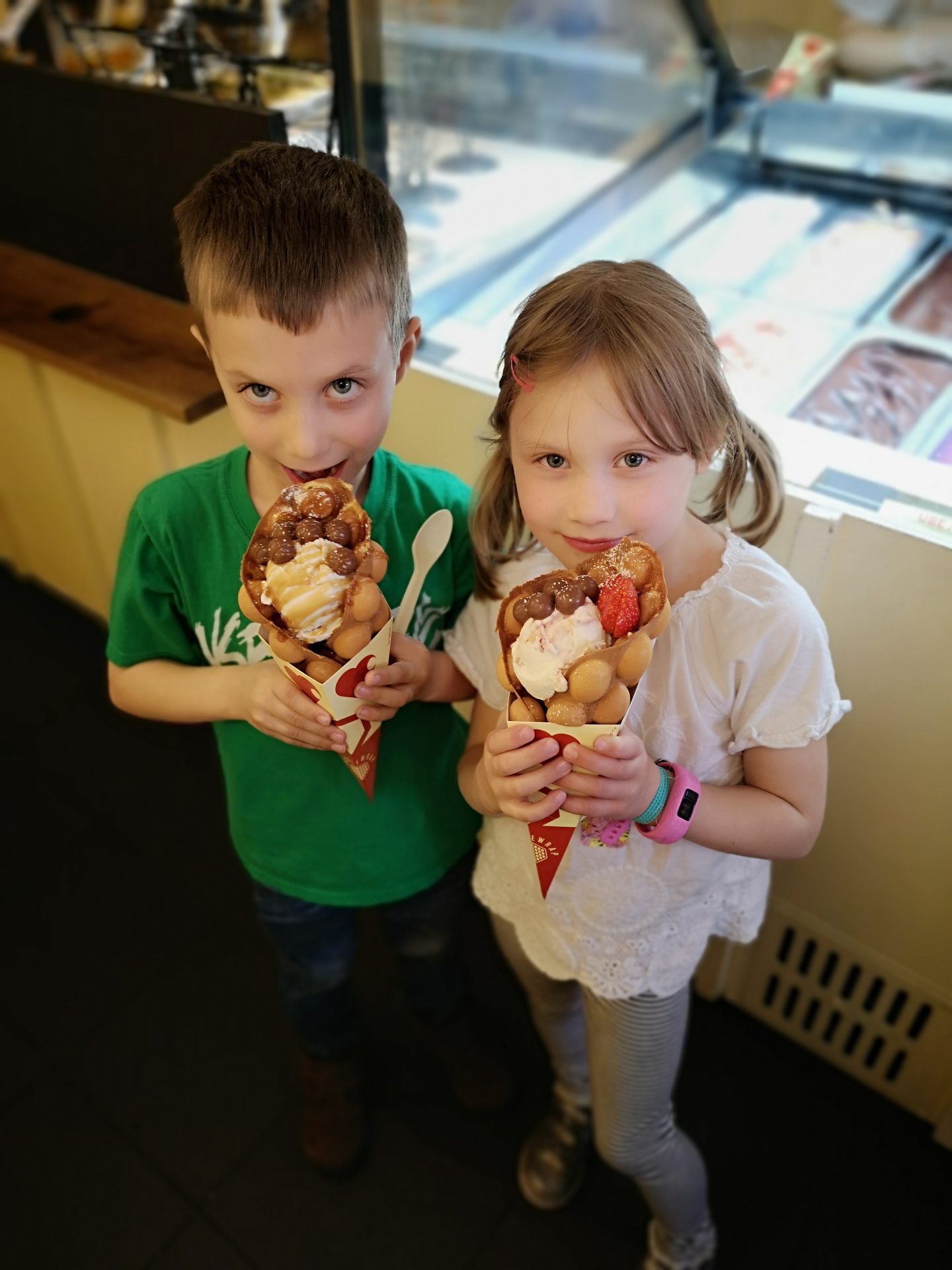 Once the kids had their bubble waffles, we decided to stop and have a drink. The weather was gorgeous, so we decided to sit outside at a bistro in Soho. It was lovely to sit and enjoy the gorgeous sunshine. 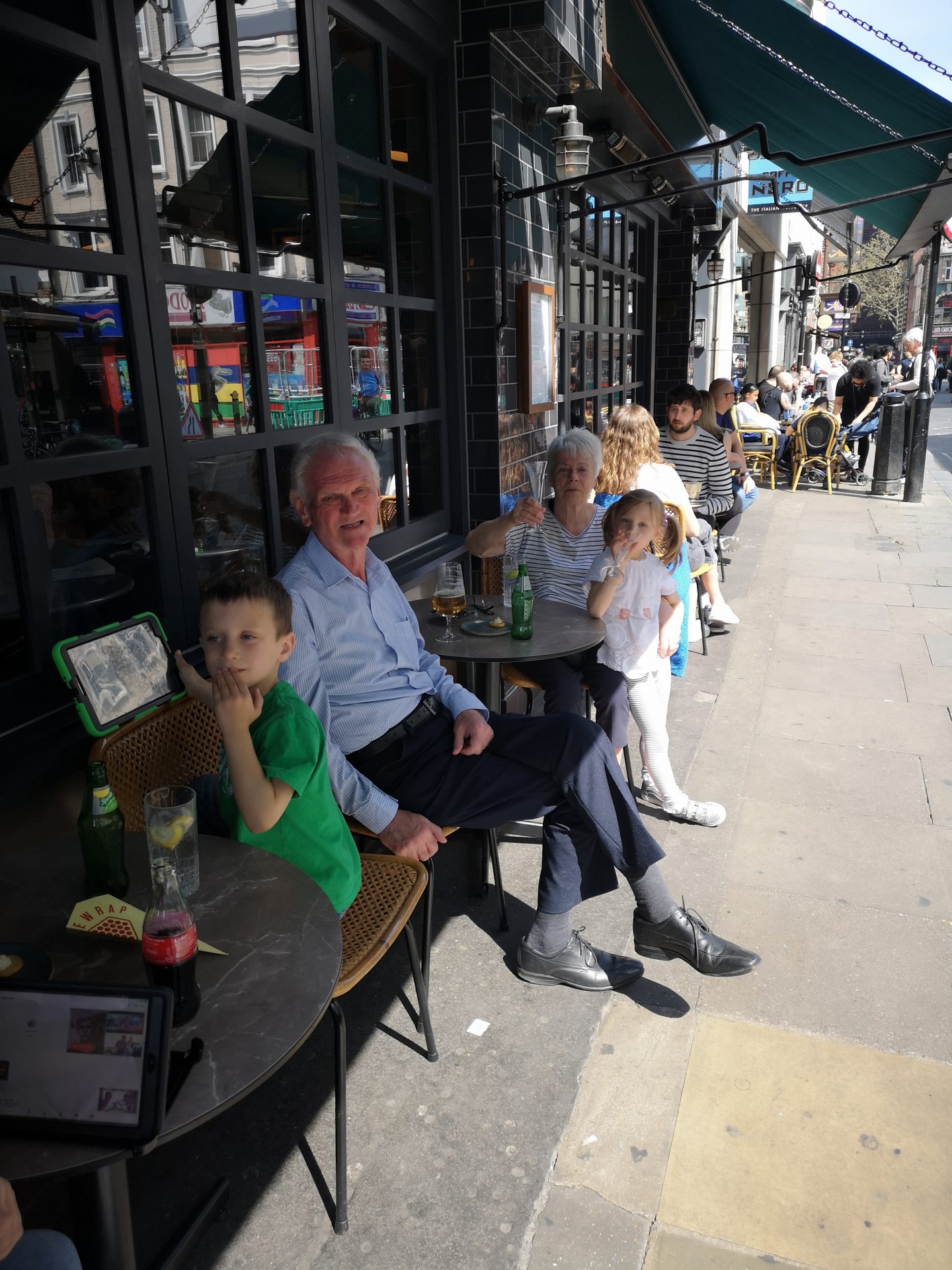 Once we’d finished our drinks we headed to Covent Garden for a little wander (and a quick stop to pick up some skincare treats from The Abnormal Beauty Company!). I do really like the atmosphere at Covent Garden. However, it was extremely busy. We were hoping to find a little cafe to have a bite to eat, but it was so busy. We headed slightly away from Covent Garden and found a Canadian sports bar, where we decided to eat.

After we’d eaten, we decided to head back to the hotel to check in and have a bit of a rest. I love London, but it’s so hectic and quite tiring, and we were all starting to feel the early start.

After a breather, we decided to head to Spitalfields. Where we took in all the different street food stands and also had a couple of drinks. One of the bars we went to had a caravan type hut outside, which the kids thought was brilliant. We then went to Brick Lane for an Indian dinner, which was great fun and very tasty. 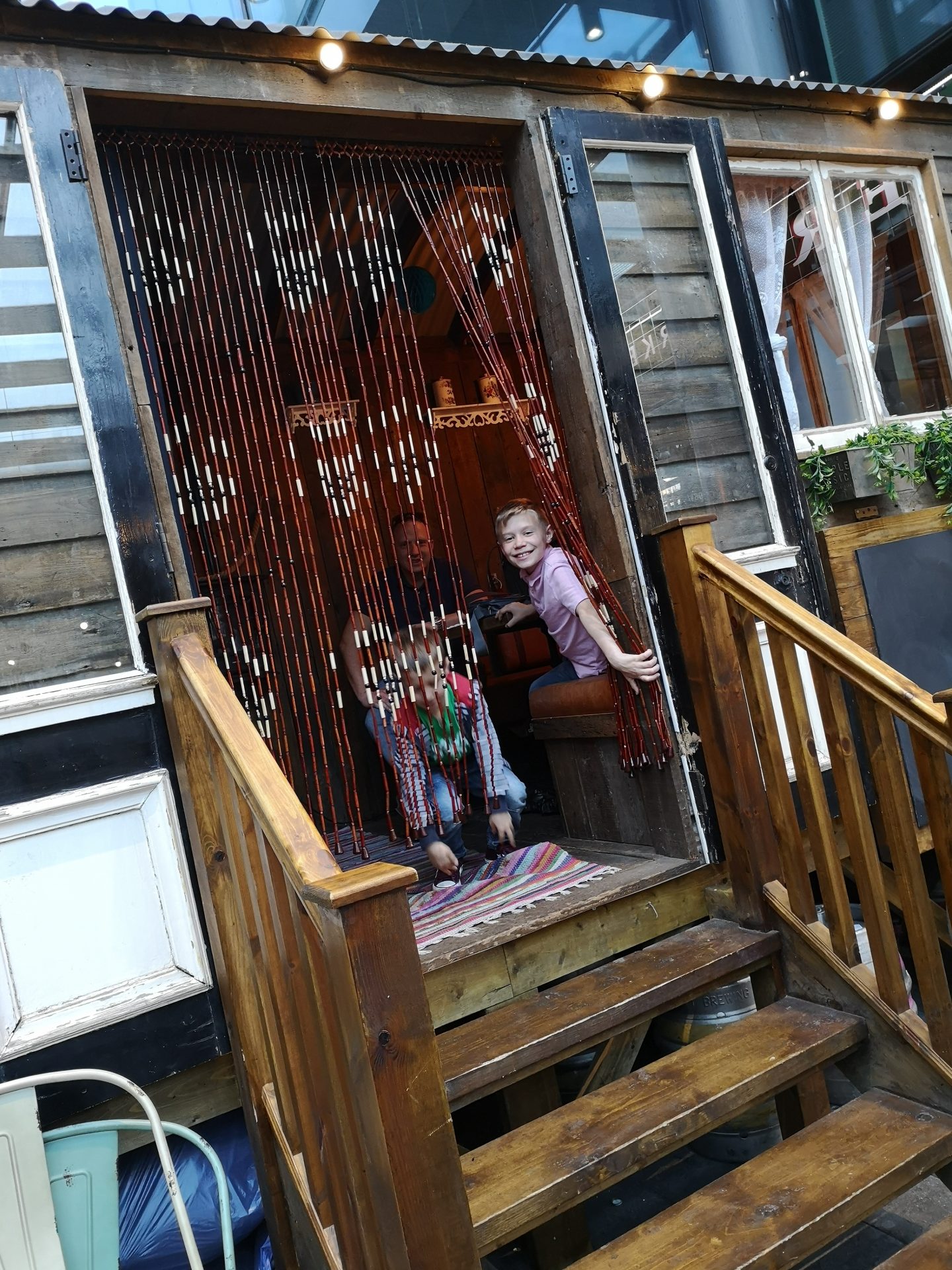 On Saturday, we had breakfast in the hotel before heading to the Natural History Museum. We got off the tube at South Kensington and Oscar was delighted to discover that there was a Lamborghini garage. He was even more delighted when the salesman let us in to have a look at the “lambos” and take a few pics. 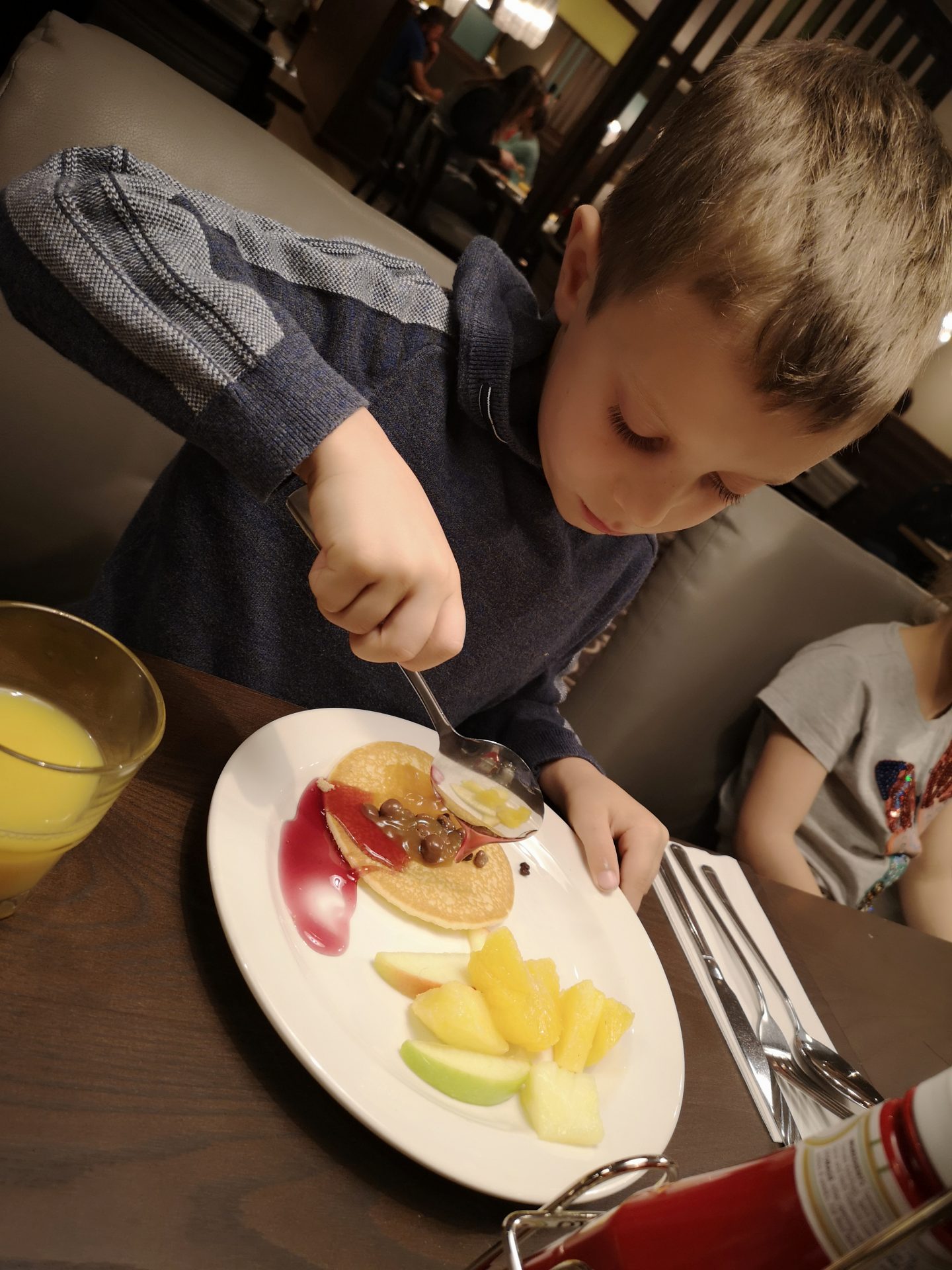 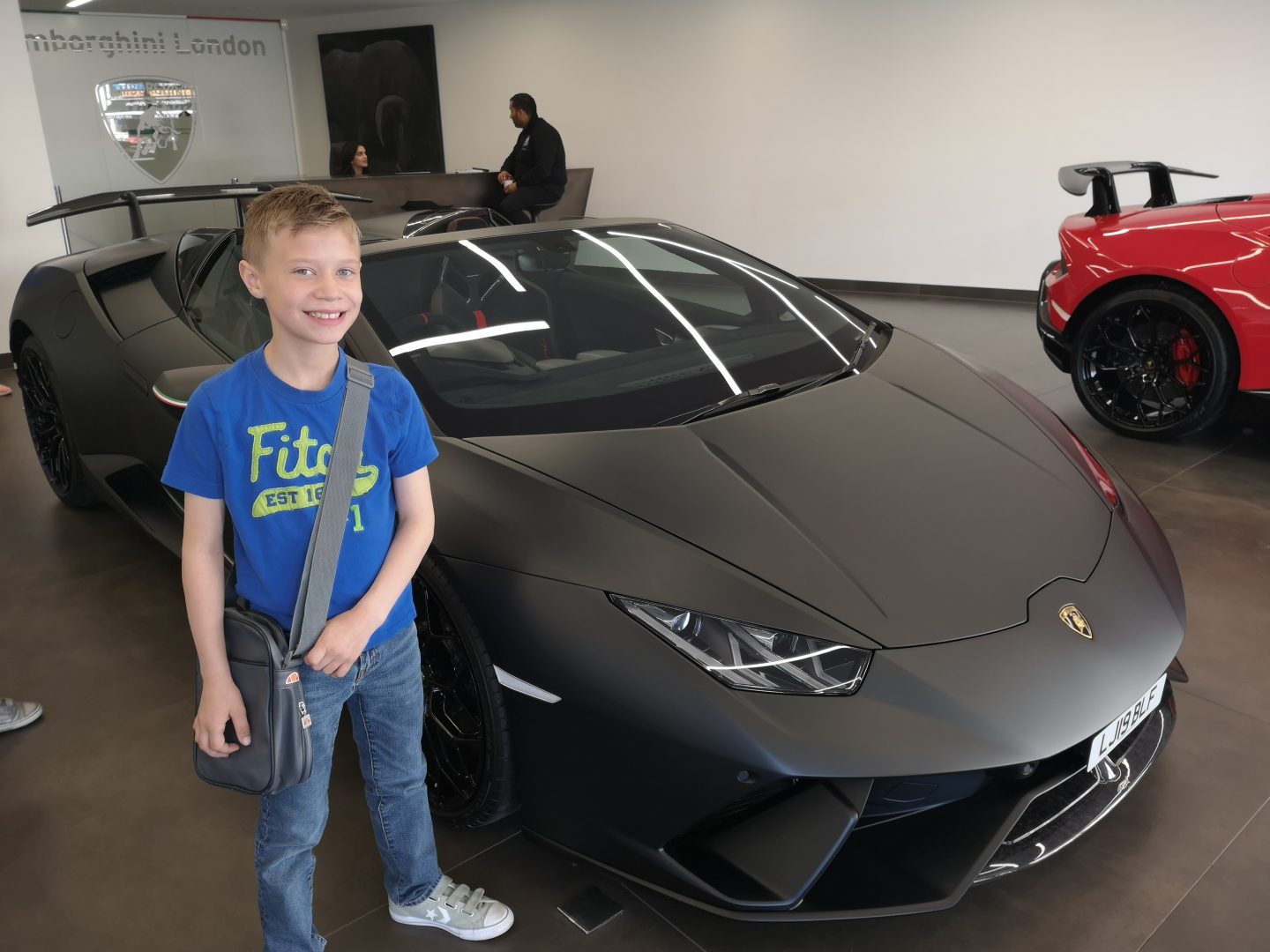 We arrived at the Natural History at about 10.20am and beat all the queues (it’s definitely worth getting there early). We all enjoyed the dinosaur exhibits. I also really enjoyed the human body exhibit, although some bits I quickly skipped past with the kids to avoid any tricky conversations! Once we’d had a look round and purchased souvenirs in the gift shop, we decided to head next door to the Science Museum, which if I’m honest I didn’t particularly rate. Perhaps we were all museumed out by that point! 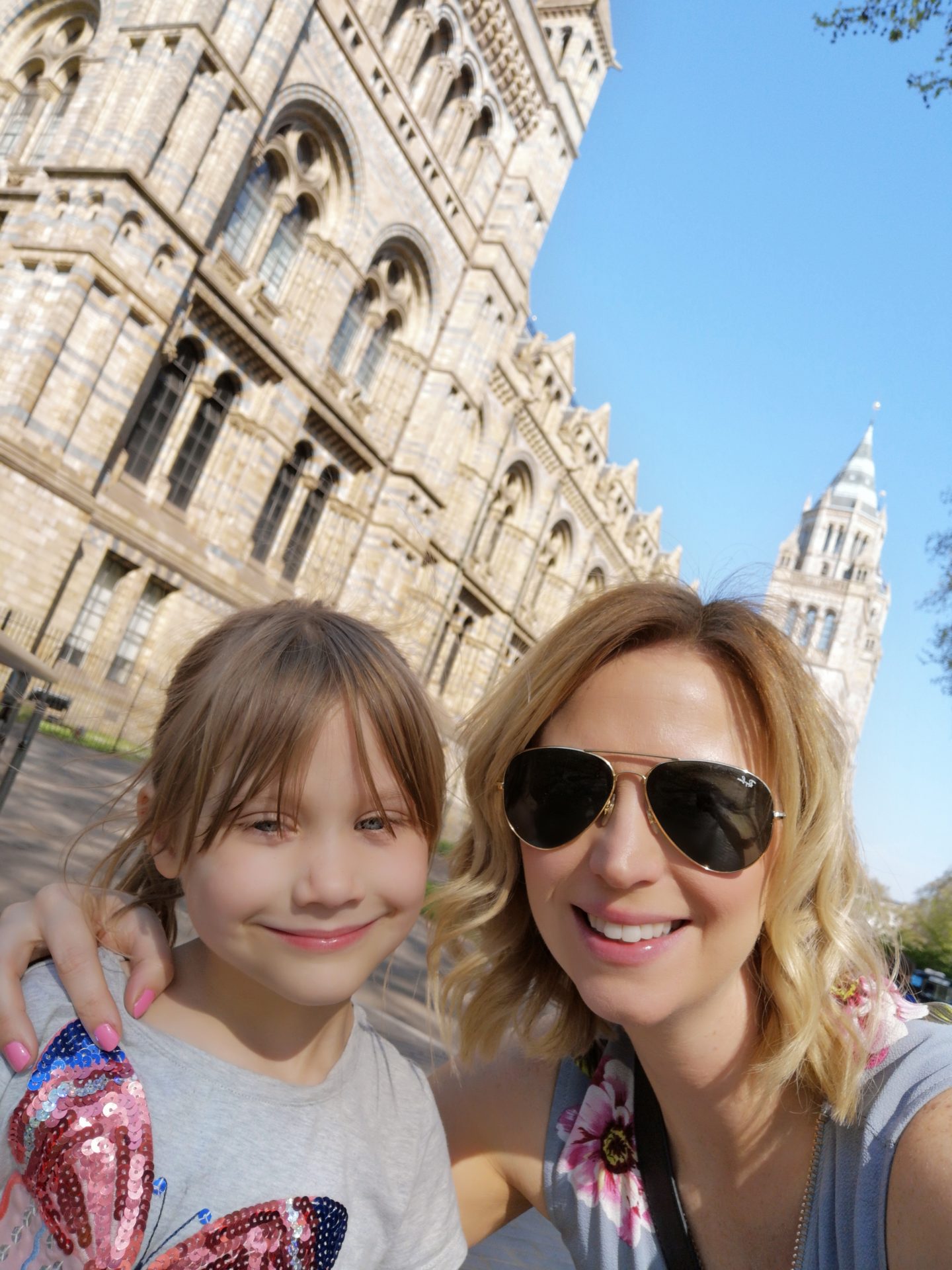 We then walked a short way to Hyde Park, where we had a drink and a bite to eat by the lake; before we headed over to Harrods to look at the Easter displays, which were actually a bit disappointing. By this point we were all feeling a little tired and wary, battling the crowds in Harrods definitely leaves you feeling a bit wary. 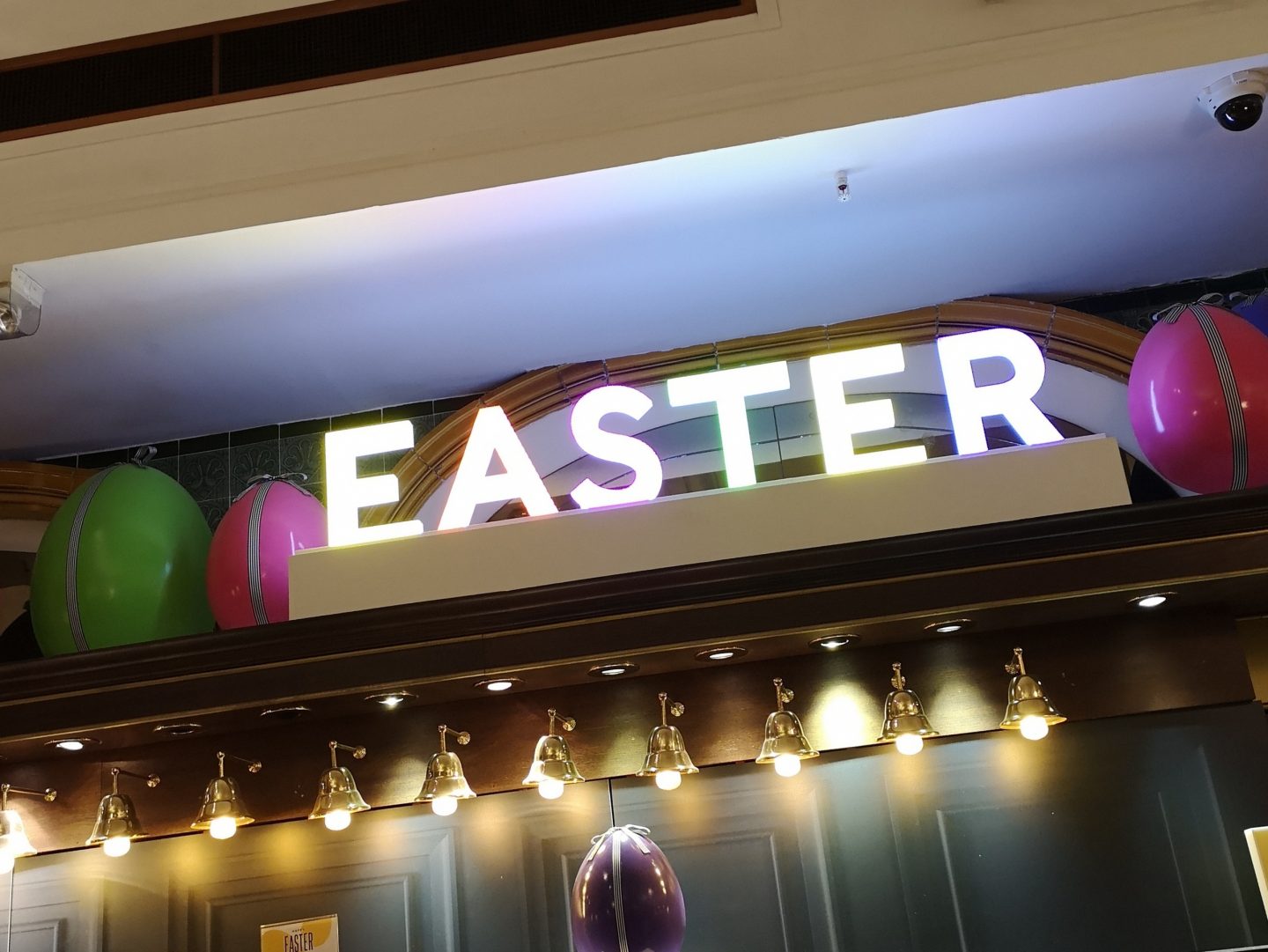 We decided to go to the South Bank for a drink followed by some dinner. As the weather was so nice the South Bank was buzzing. We drank mojitos from a truck and the kids went on the carousel that was there. We took a stroll along the River Thames and took in the atmosphere. We watched the skateboarders do tricks and a group of teens doing a bit of a street dance performance. Both the adults and kids loved it and the atmosphere was brilliant. 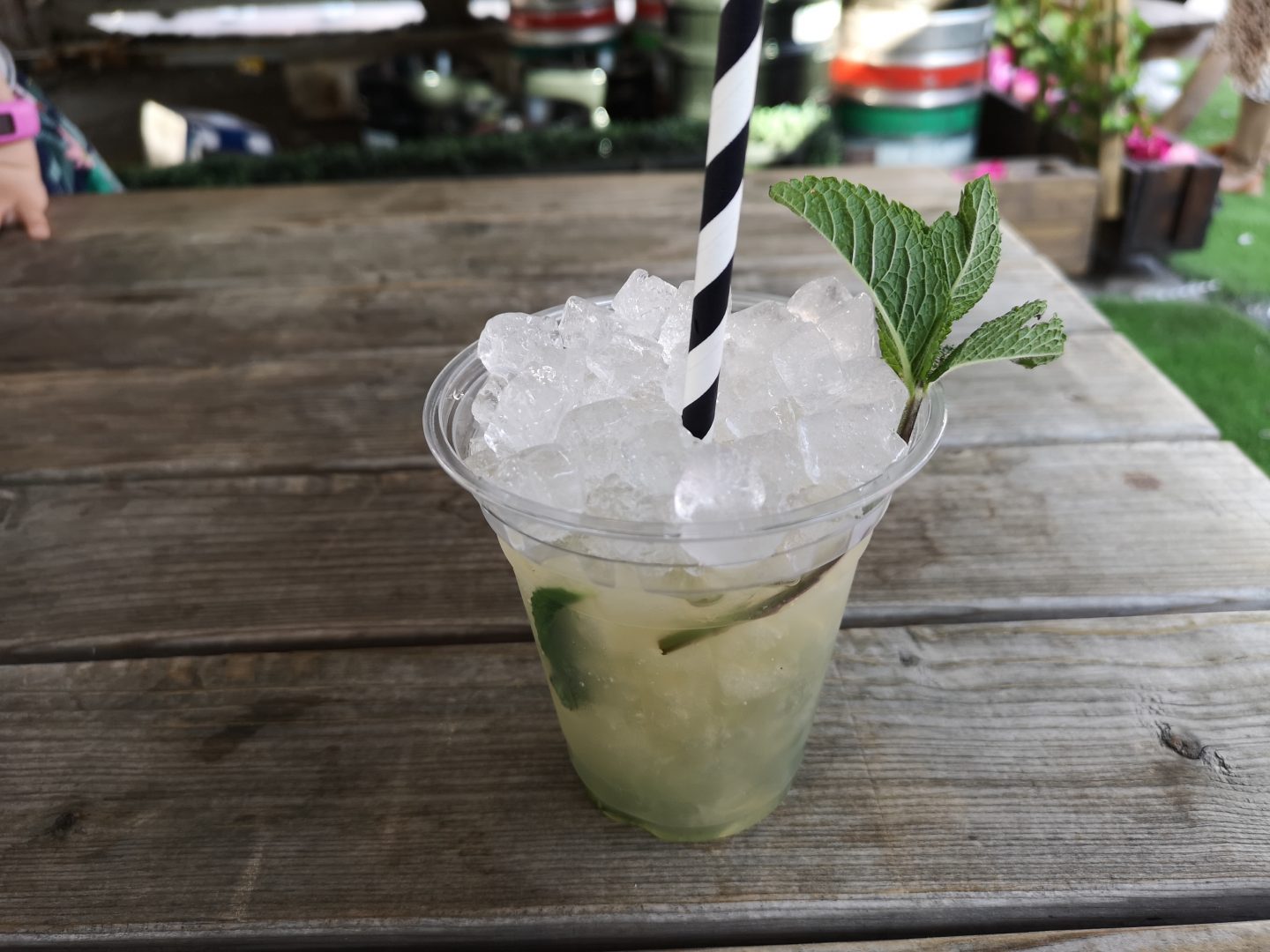 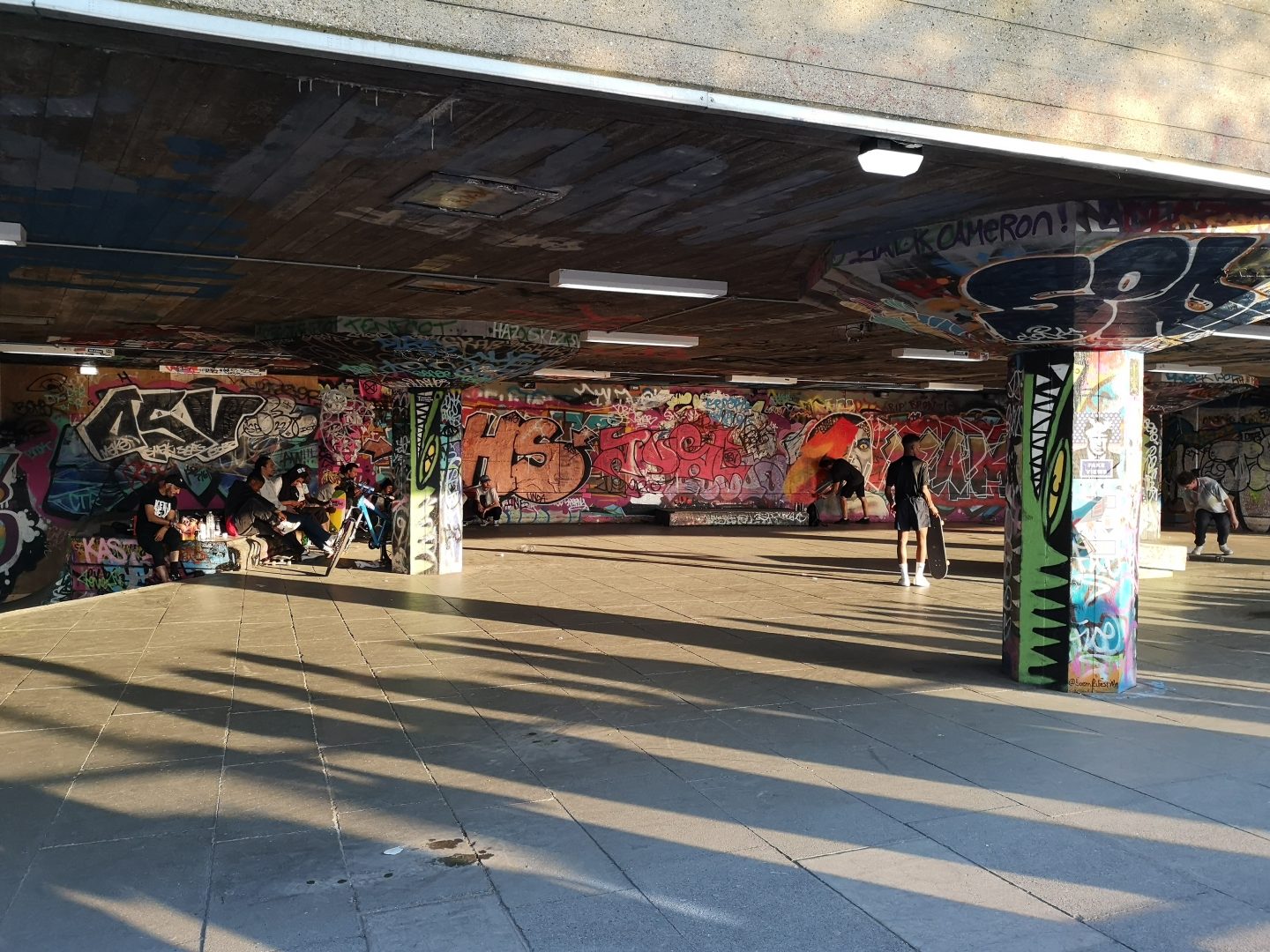 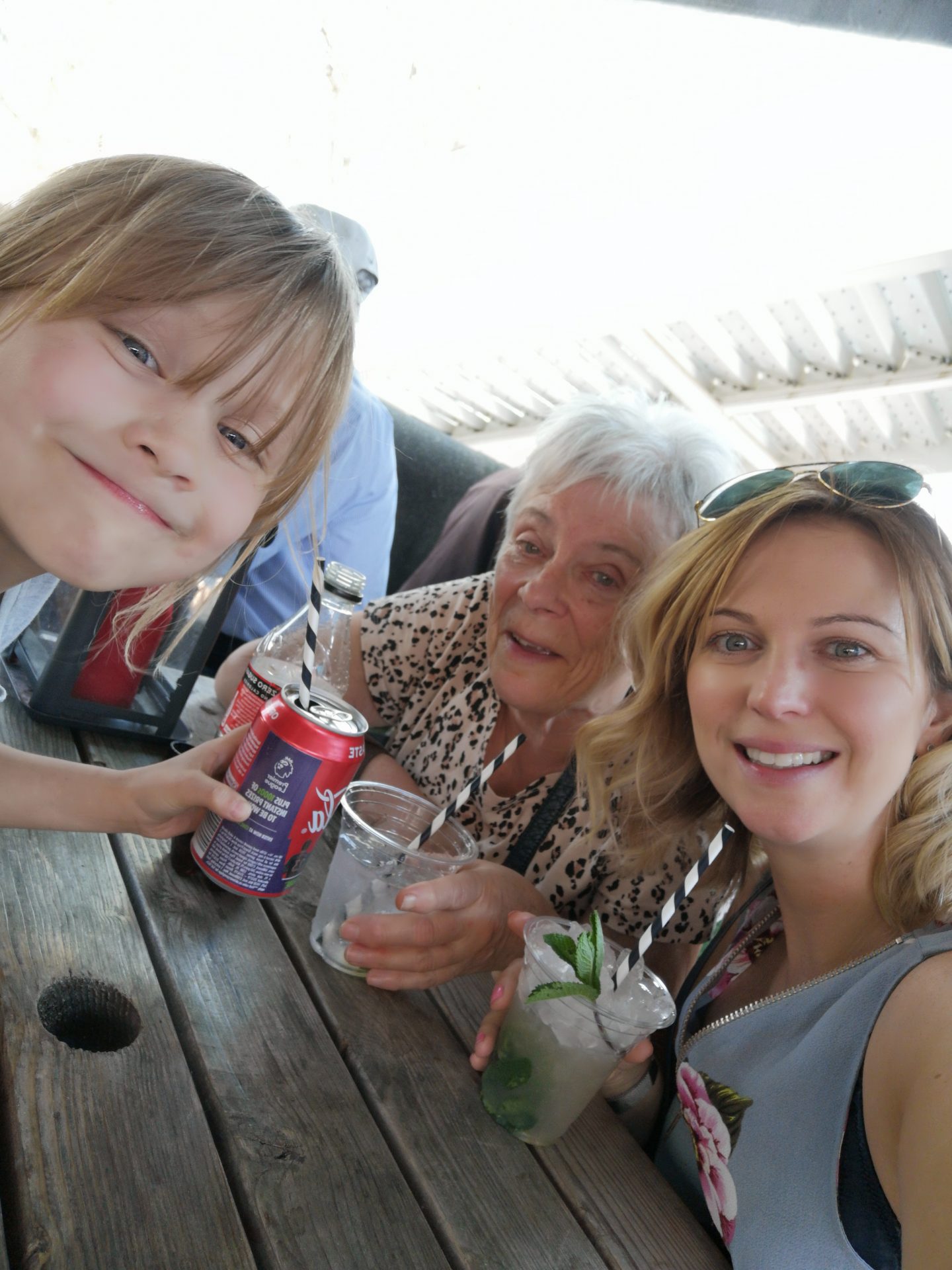 We decided to eat at The Gourmet Pizza Company, which we’d visited before with friends. The food is lovely, its very child friendly, reasonably priced and the prosecco is yummy. Plus, it overlooks the River Thames, so the view is lovely.

After dinner we walked back to the hotel as everyone was pretty shattered at this point! Simon was dispatched to Tesco Express round the corner to pick up some eggs for the kids. We had a hunt ready at home, but wanted to get the kids a couple to wake up to.

After the obligatory scoffing of chocolate we had breakfast in the hotel, before we headed to Camden Market.

The weather was lovely, so it was packed. It’s been about 13 years since we last visited and it’s changed lots in that time. We wandered round for quite a while, exploring all the amazing food stands. I couldn’t resist a peanut butter and jam cronut, which was amazing. The boys both had something containing heaps of sugar from Cereal Killers, whilst Heidi had unicorn cookie dough. We then sat outside and had a drink, which was lovely. 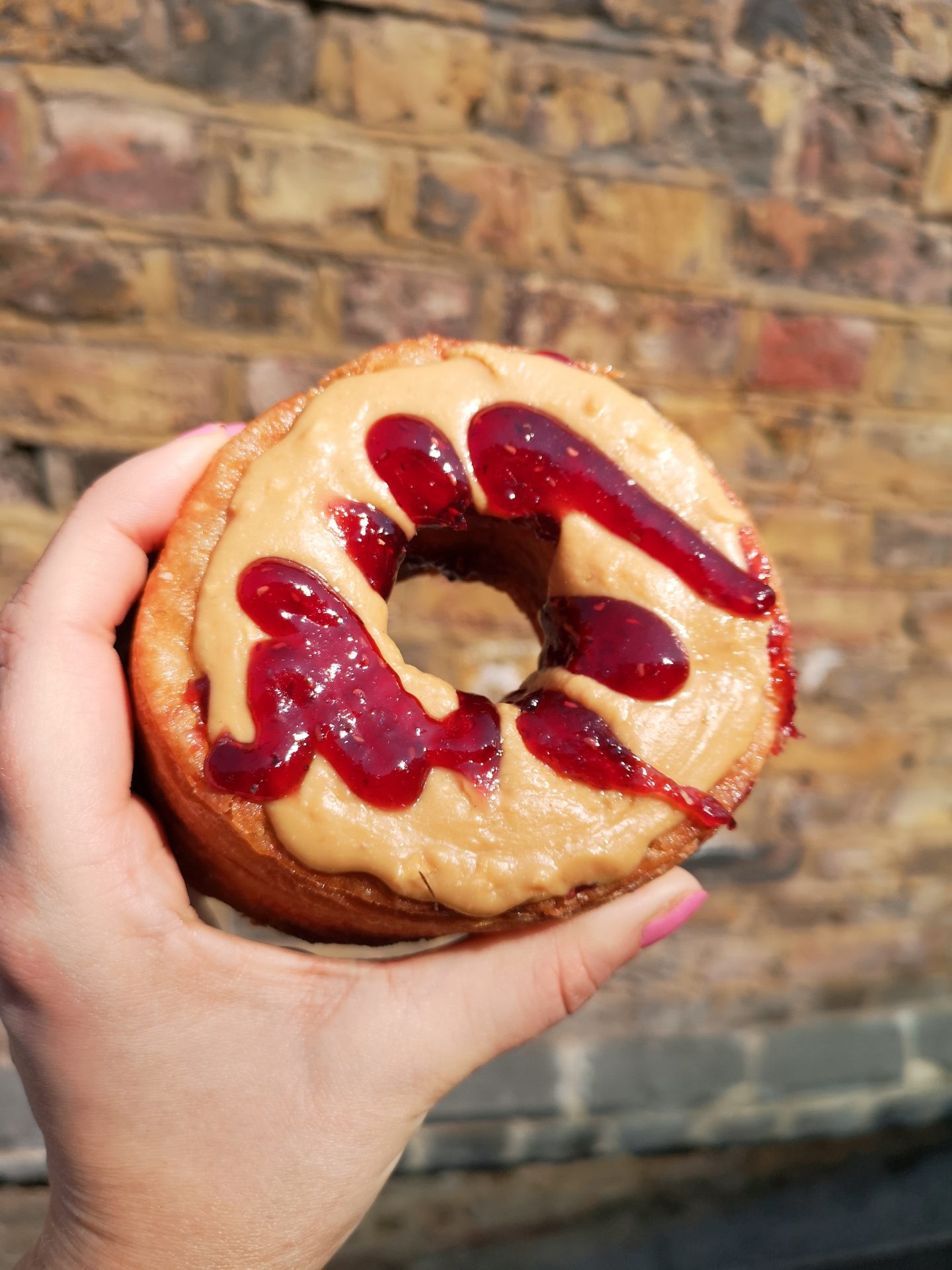 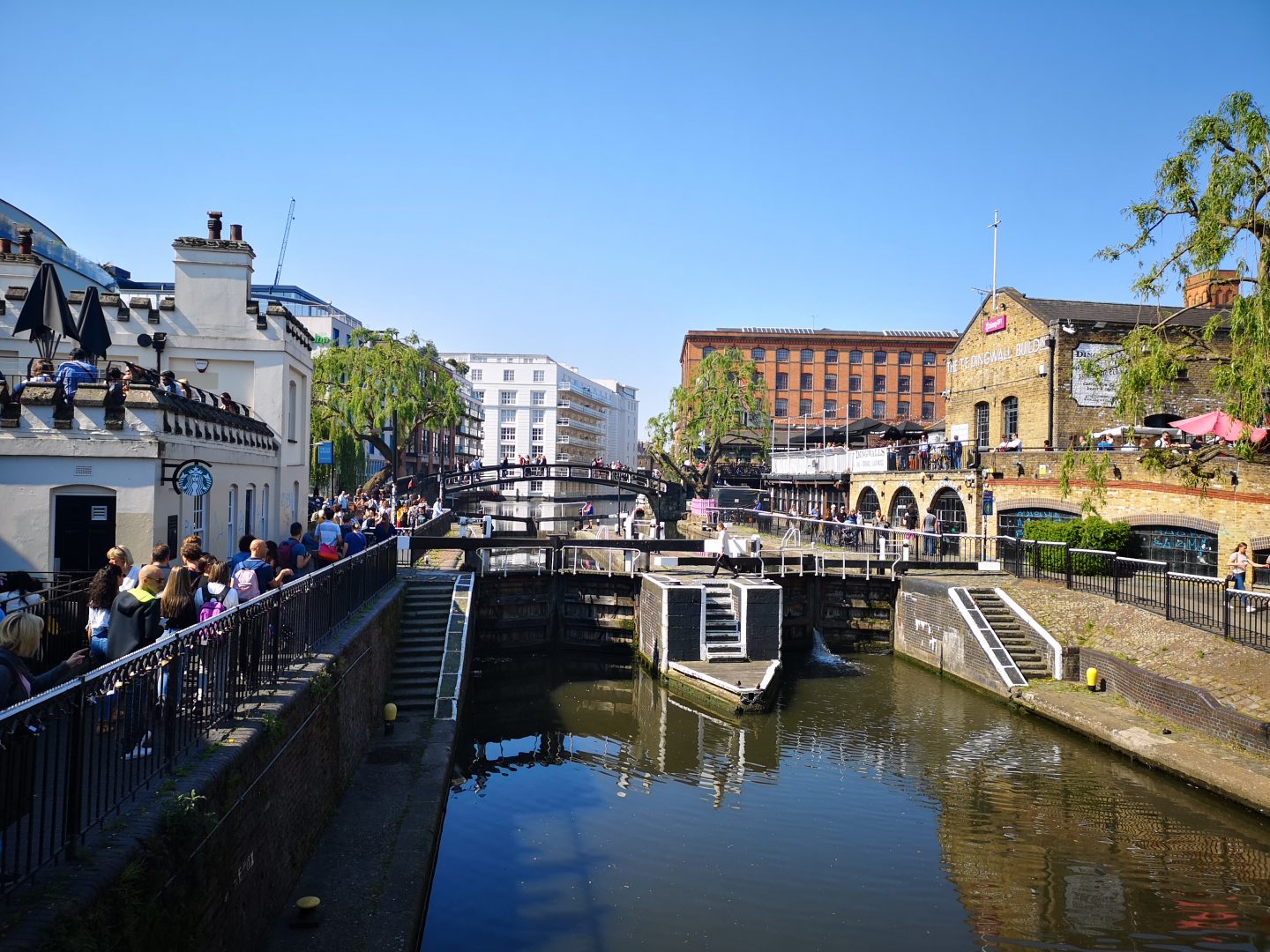 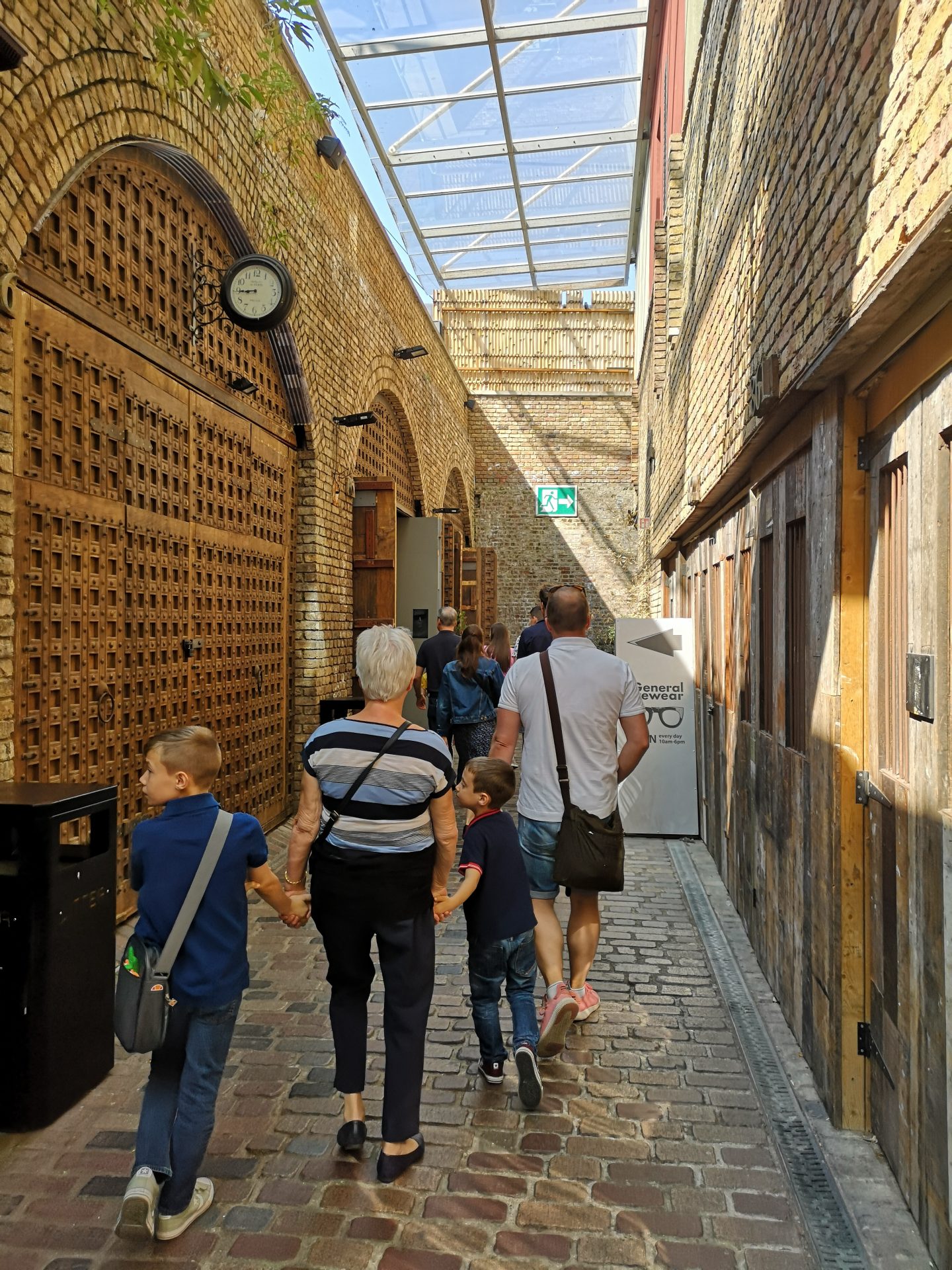 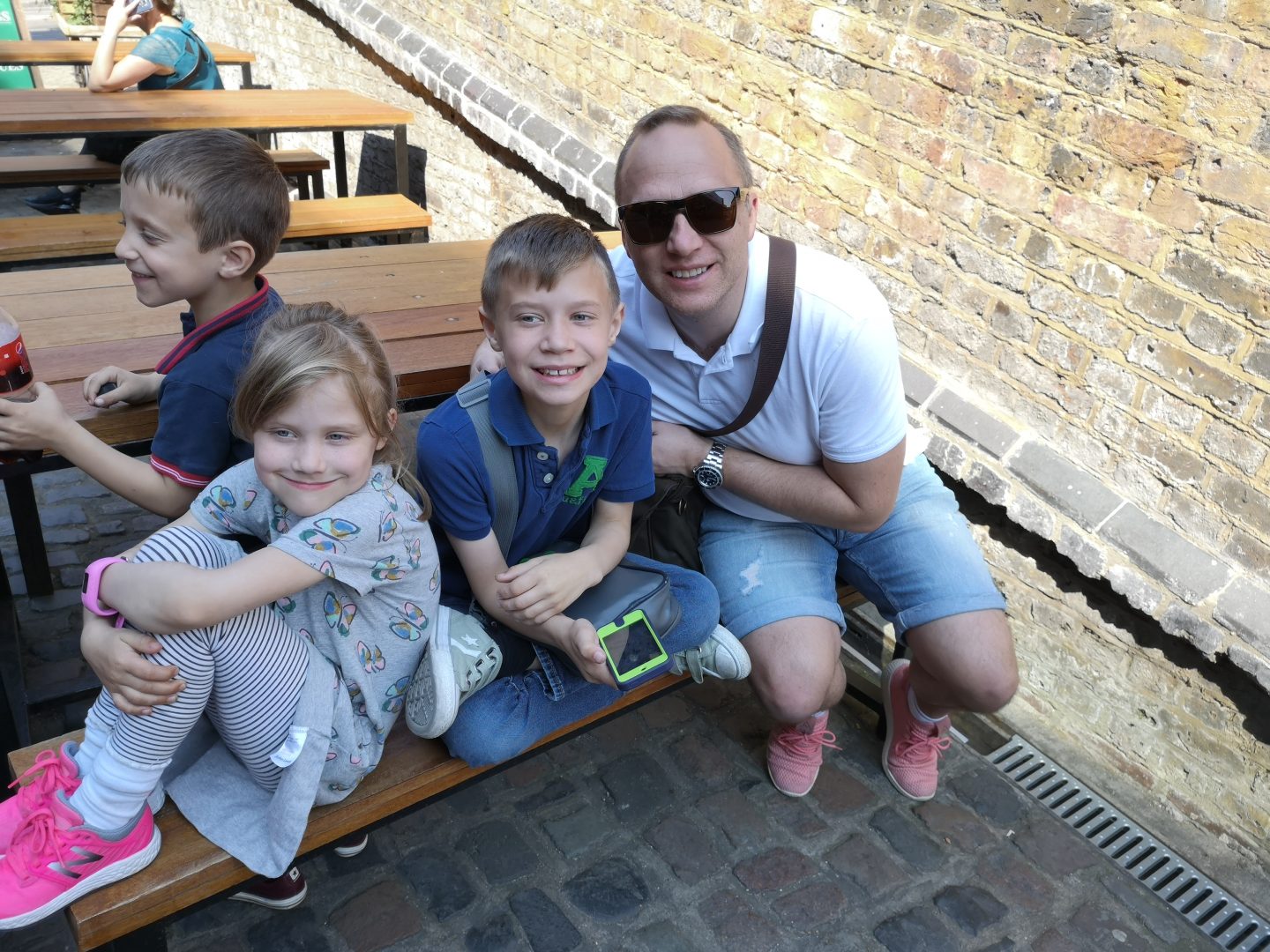 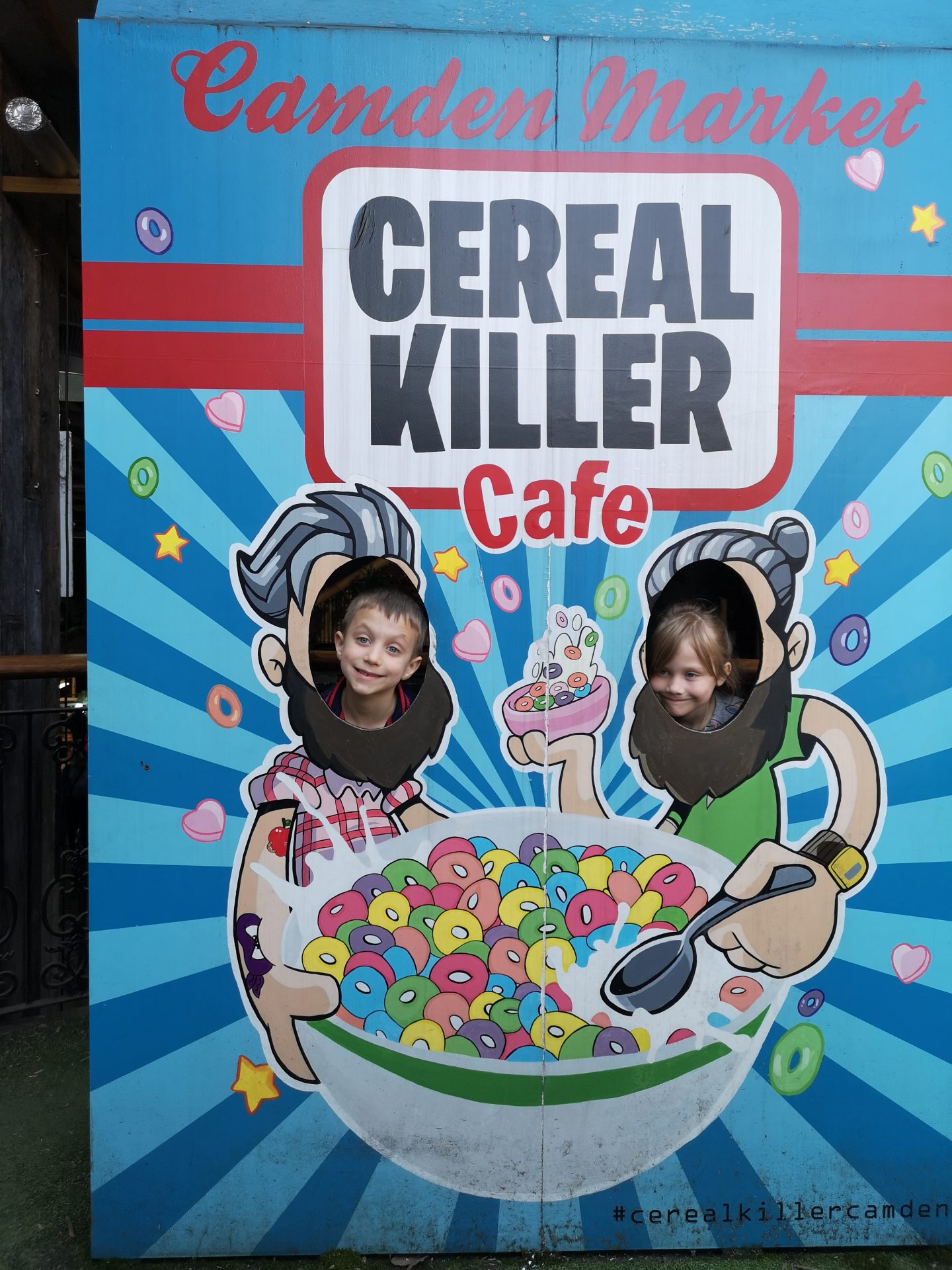 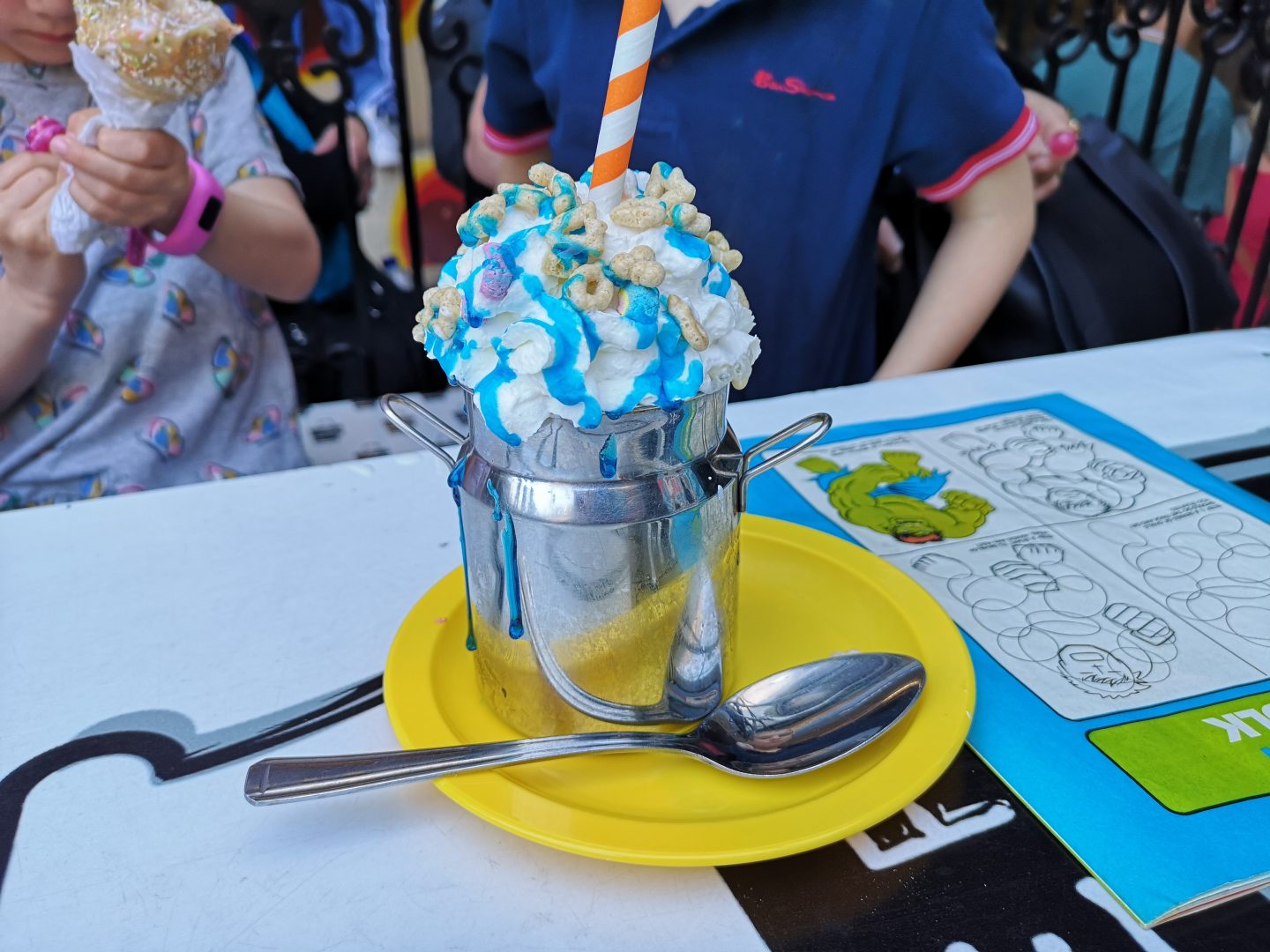 After leaving Camden, we headed to Hamley’s. However, as it was Easter Sunday it was shut! The kids were pretty disappointed, but by then it was getting late and we needed to head back to the hotel to pick up our bags before heading to the train station to get our train home. They soon recovered though, particularly as when we arrived home they had a train of easter eggs waiting!

We had such a lovely weekend. It was great exploring with the kids and everyone had a great time. The amazing weather certainly helped too.