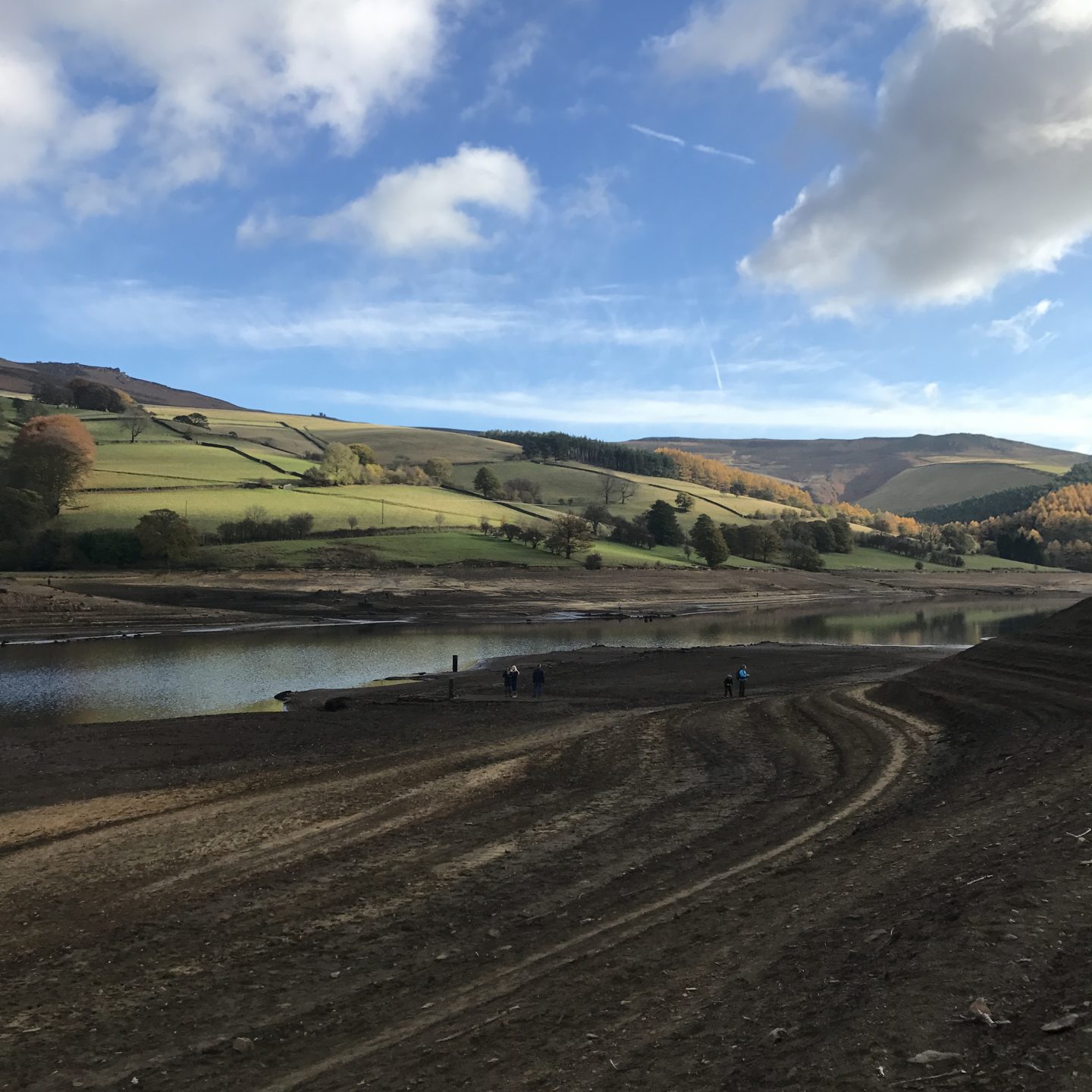 During October half term, we decided to book a cottage in the Peak District for 6 nights. I thought I’d share the highlights from our trip.

Whenever we go away we always tend to go abroad, but with having been to Spain during the summer and with Tenerife booked for late December, we needed to keep the cost of our October break as low as possible.

We don’t live that far from the Peak District and recently we’ve taken a few day trips there and have really enjoyed walking and exploring with the kids. We decided that it would be nice to spend a bit more time there and when we found a cottage for £350 for 6 nights, the decision was made.

Unfortunately we didn’t have the best start to the week. As we were driving to the cottage, we received a call from the cottage company saying that the owner wasn’t able to accept our booking after all! After frantically searching for another cottage (easy said than done during half term), we managed to get sorted. However, it meant that we’d need to stop in a B&B on the Sunday night.

After a quick search on booking.com, we found The Moon Inn, a pub with rooms located in Stoney Middleton. We called them direct as we need to make sure that they would accommodate us all. When you have three kids, finding somewhere that will let you all stay in one room can be difficult. Thankfully The Moon Inn were fine with us doing that.

We were pleasantly surprised when we arrived. The room was really big and the bathroom was amazing, with the biggest walk in shower I’ve probably ever seen! The pub was nice too and we had a couple of drinks before heading to bed. 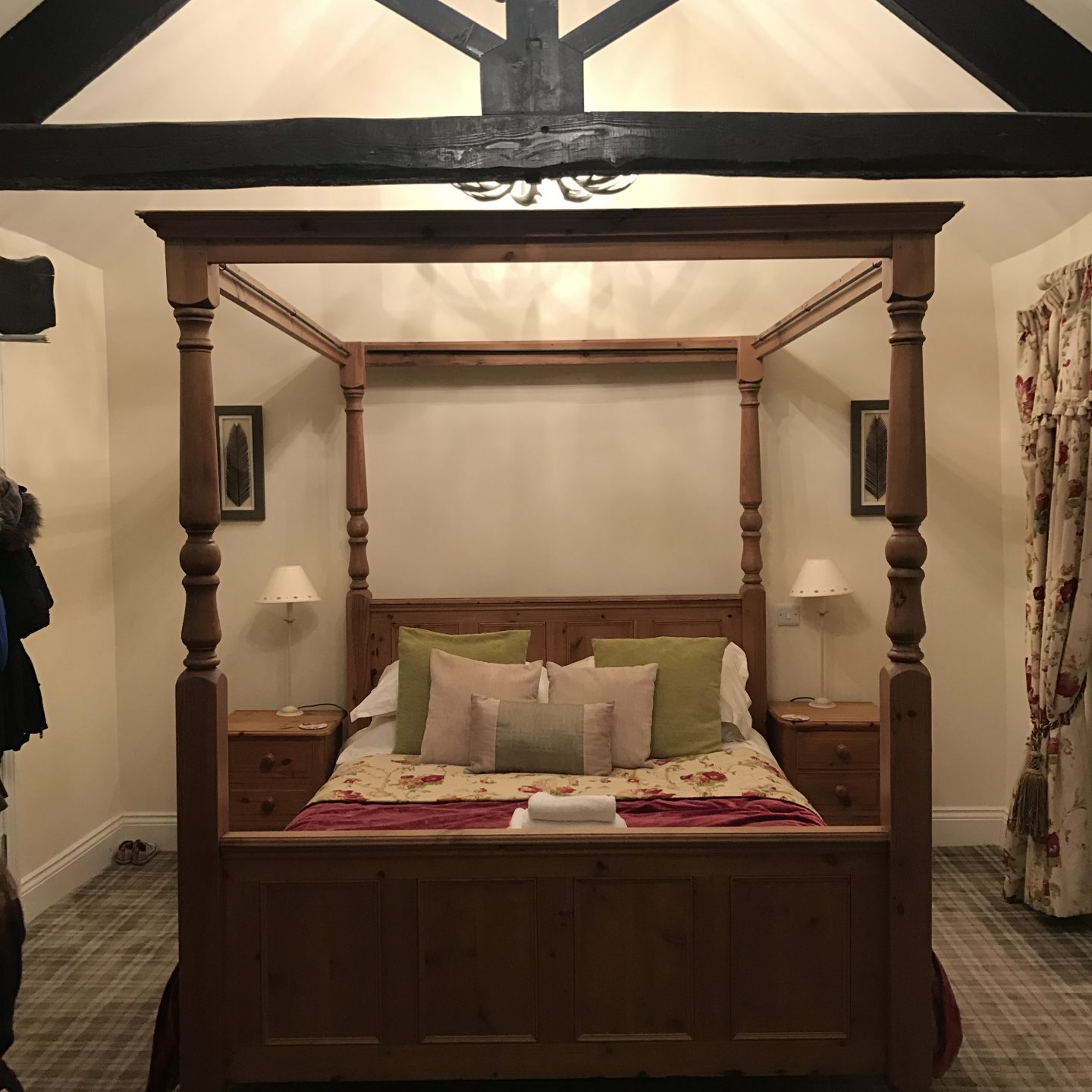 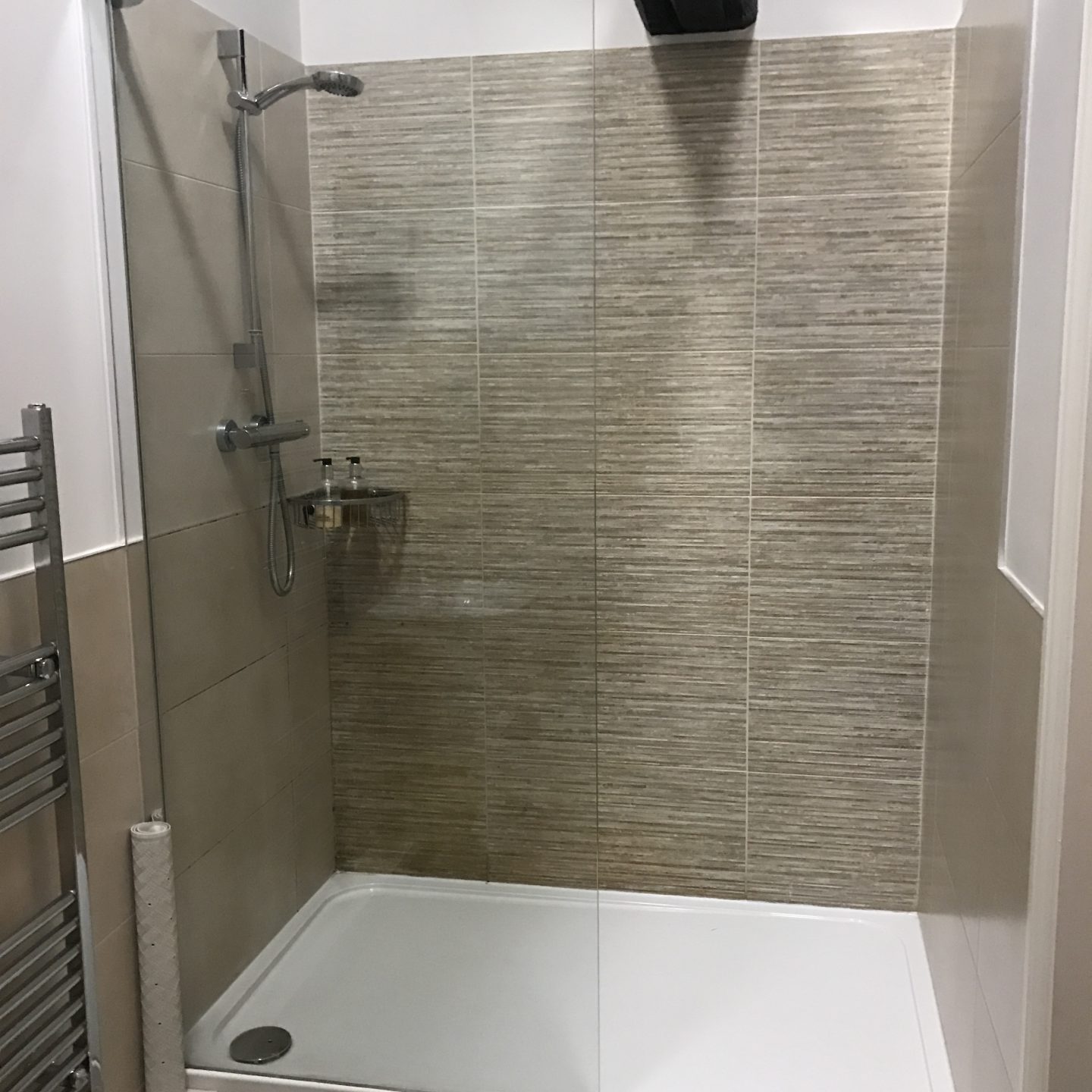 In the morning, we had a lovely breakfast in the pub. I particularly enjoyed the Oatcakes, which are a local speciality. 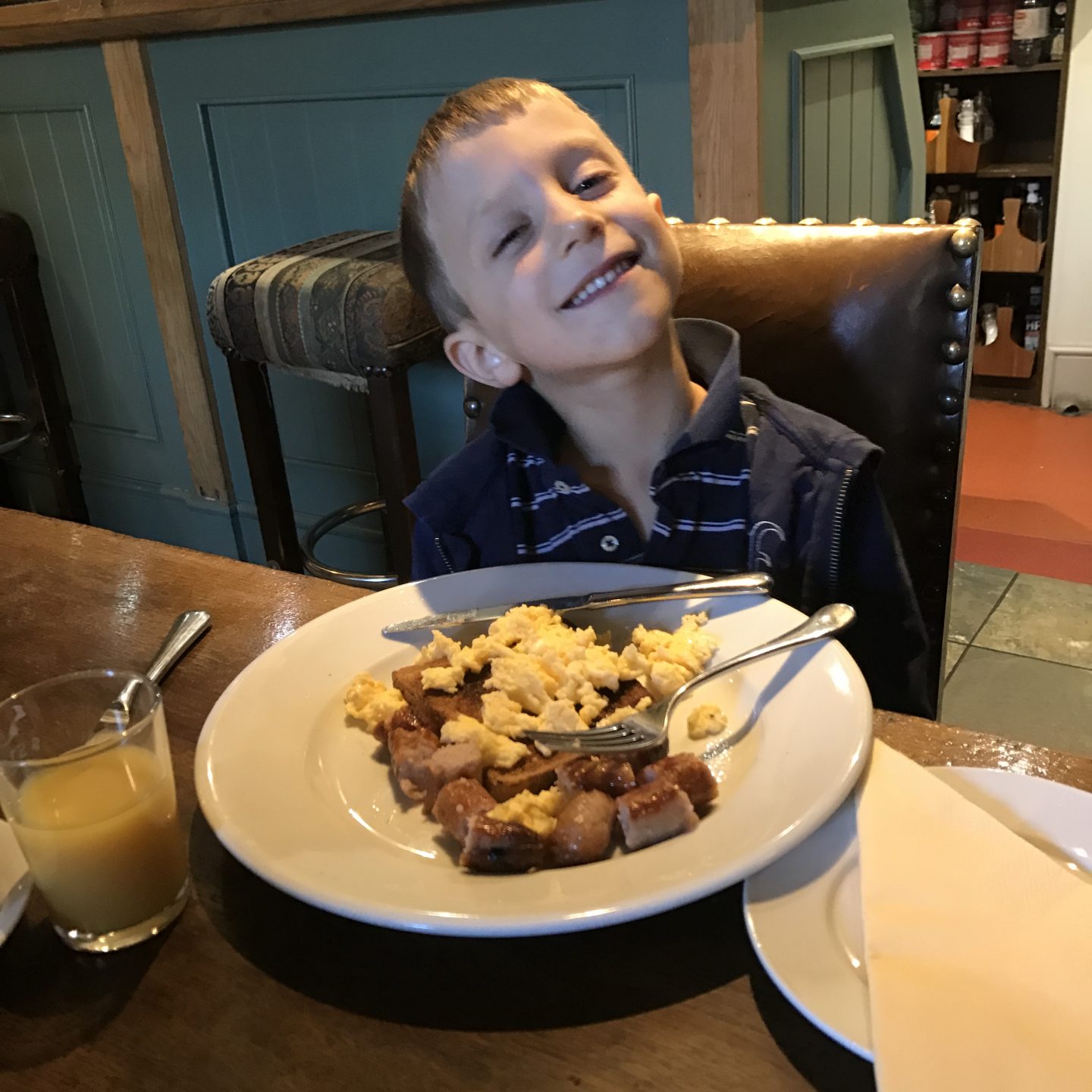 After we’d checked out we headed to Castleton to explore. We weren’t able to get into our cottage until 3pm, so we had time to kill.

We wondered around Castleton and found the cutest traditional sweet shop. The kids all had some sweets, so they were delighted. 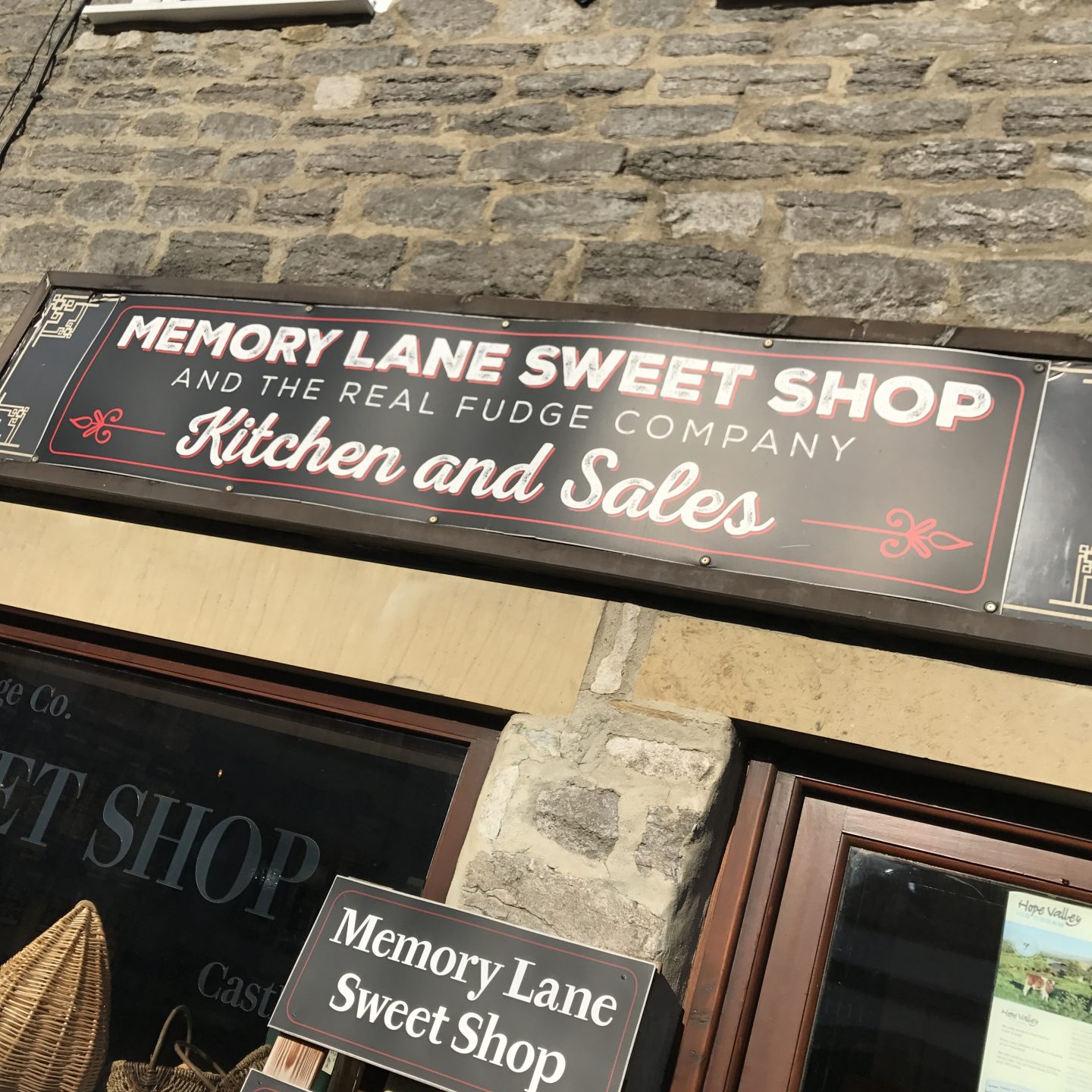 We then decided to visit the Blue John Cavern, which was really interesting. You can read all about our visit here. 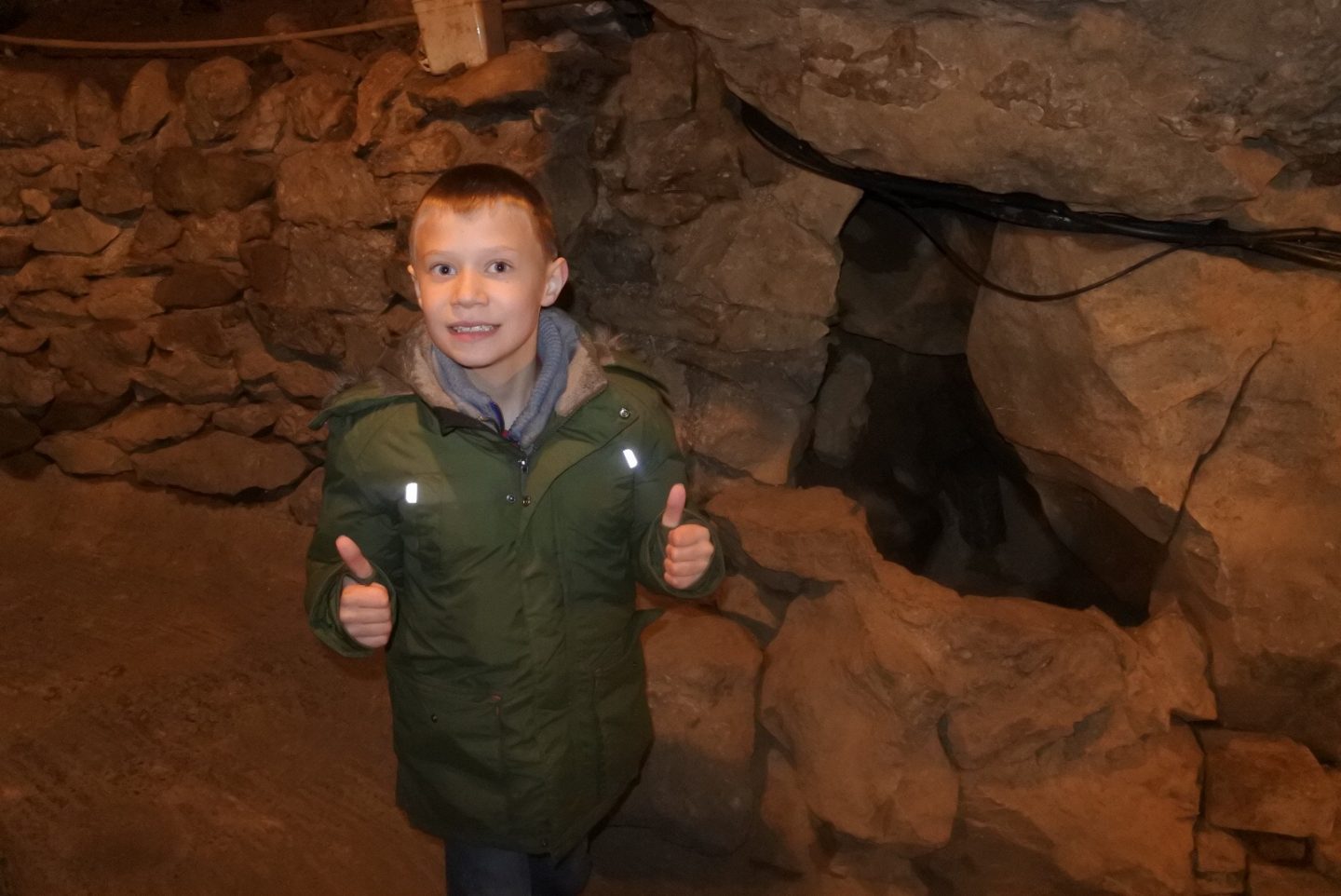 We then headed to our cottage in Bradwell, which was lovely. Very small and cosy, but nicely decorated and had fab views.

Once we were settled we headed to the Co-Op in the village to get some food and a pizza for dinner.

On Tuesday we decided to take a walk up Mam Tor. After a bit of research we found the perfect route to tackle it with the kids. I’ve written all about the route we took here if you fancy reading a bit more. 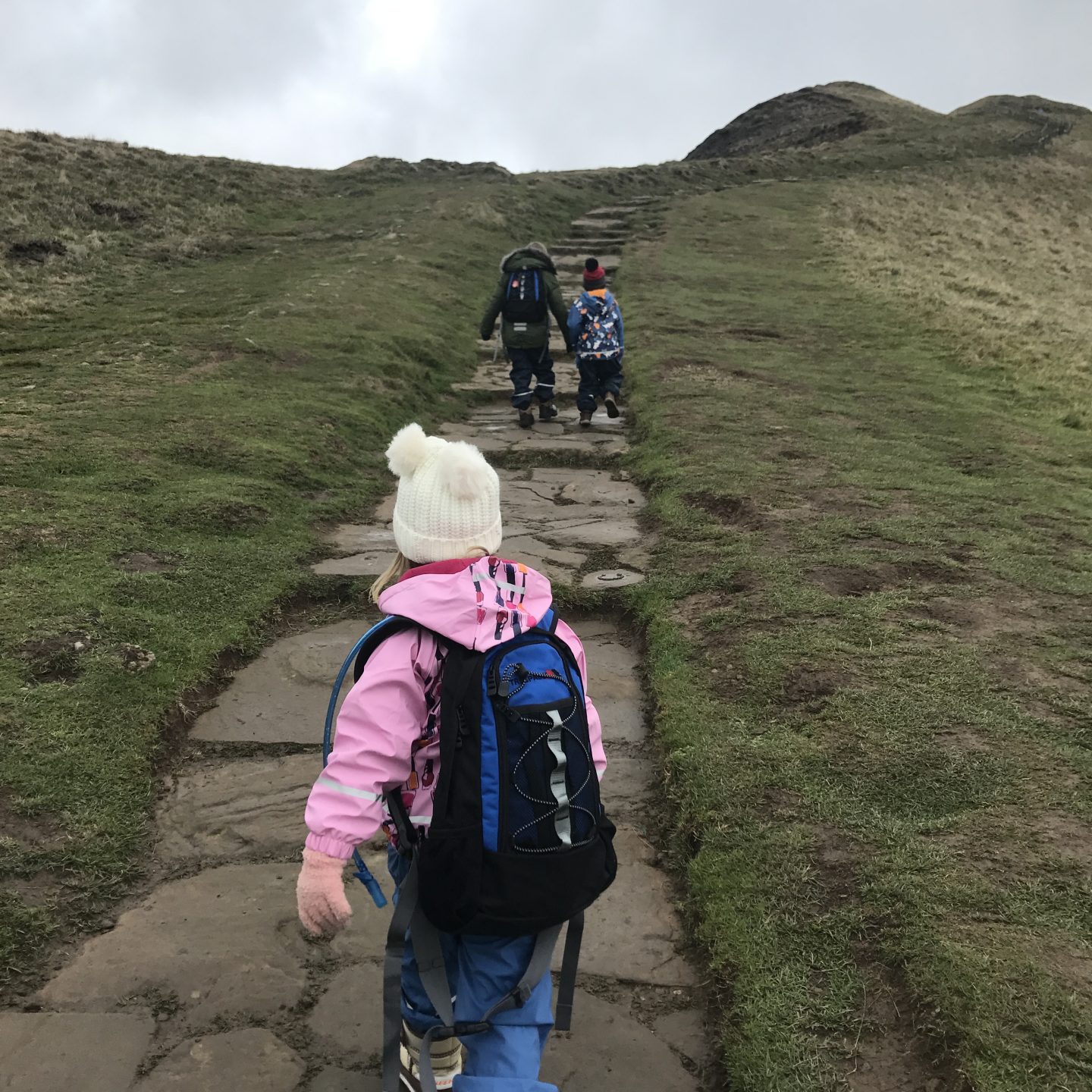 When we arrived back at the cottage we were all shattered, so we chilled out a bit before heading to one of the local pubs for tea (there are three pubs in Bradwell!). We went to Ye Olde Bowling Green Inn, but were really disappointed with the slow service and average food.

On Wednesday, which was Halloween, we thought it would be fitting to visit Eyam, which is well-known for being hugely affected by the bubonic plague. We visited the Eyam Museum and learnt all about how the plague arrived from London and killed over 200 people in the village. We also wondered around the village and saw the cottages where the plague struck. It was fascinating, although I think it spooked the kids a little bit! 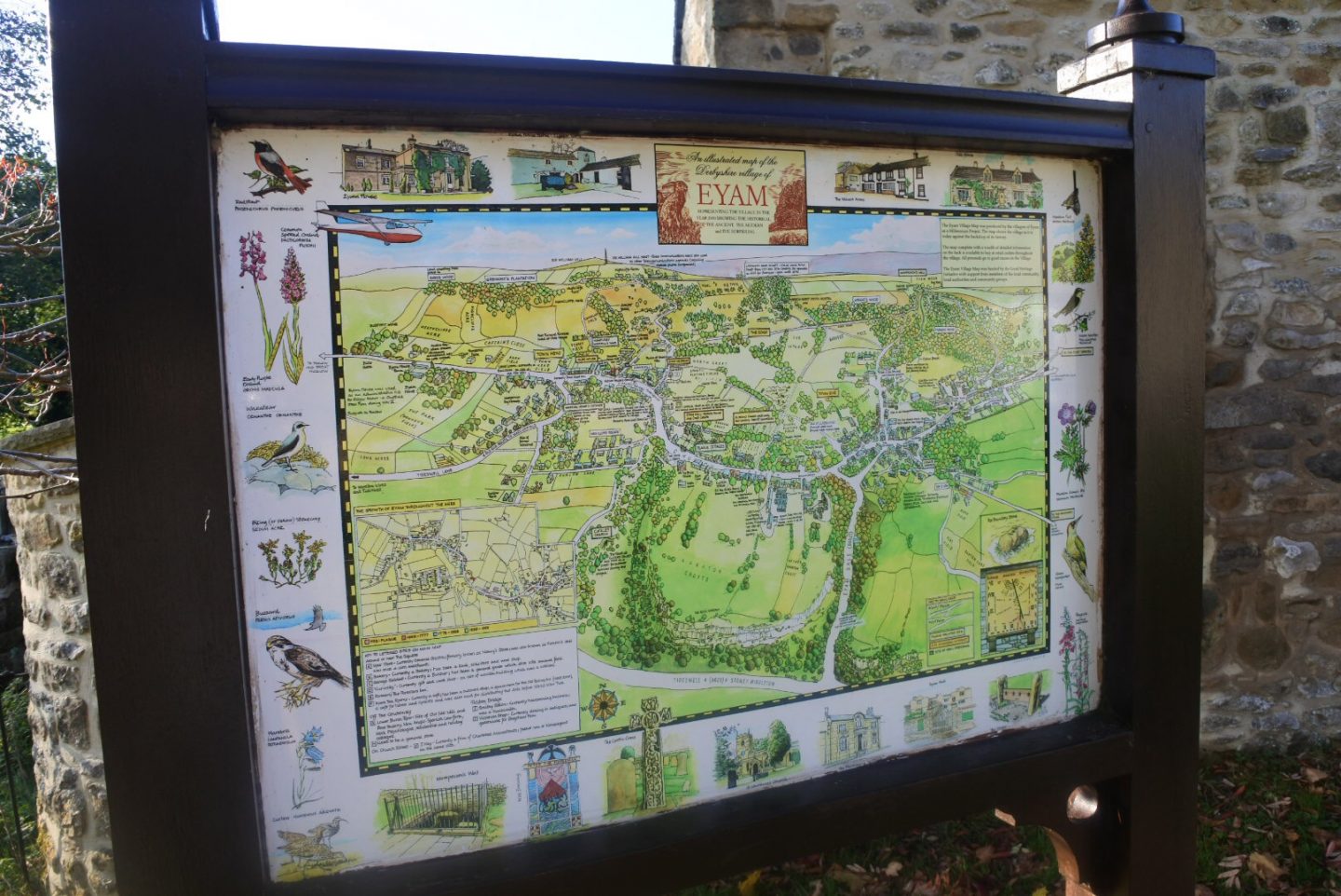 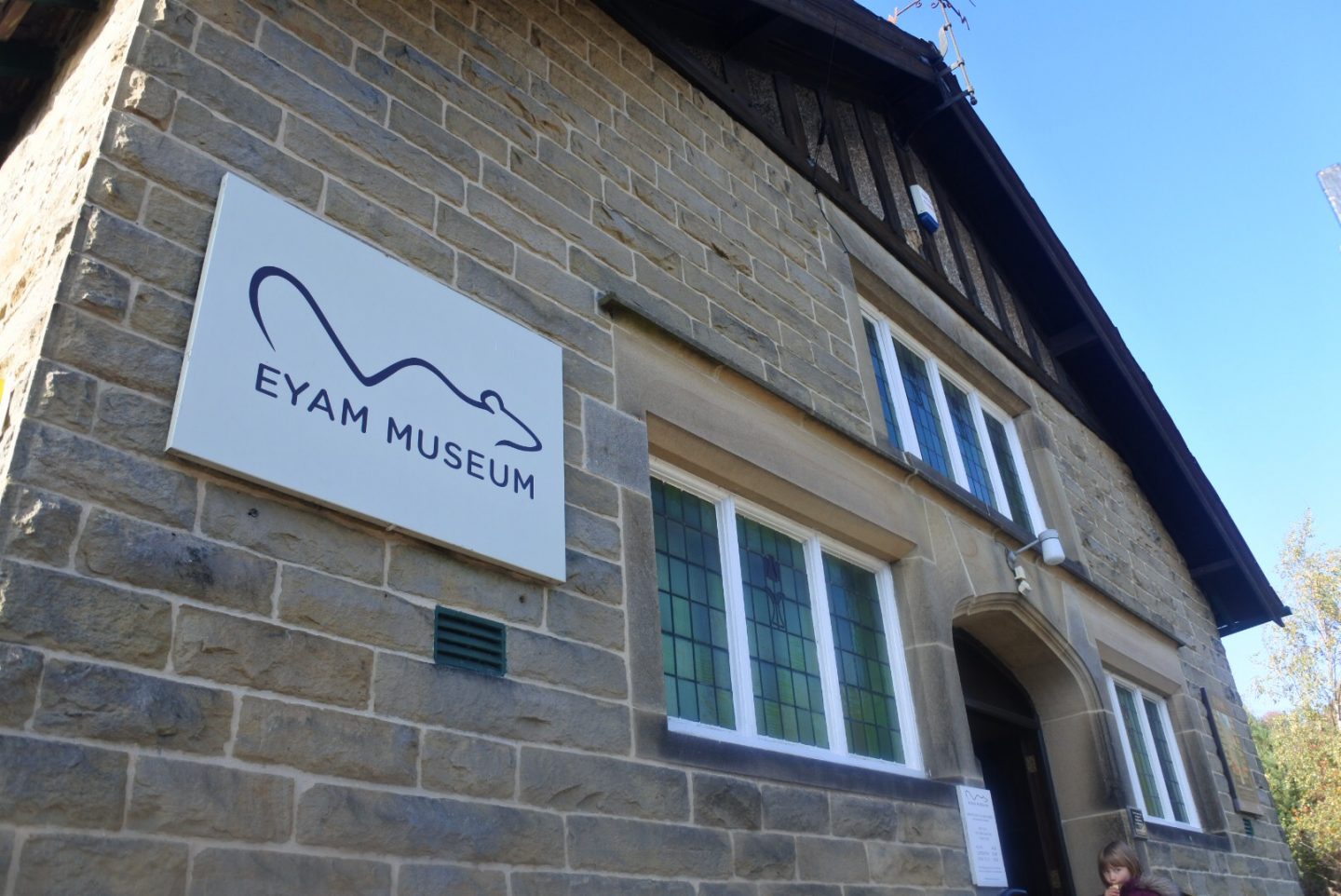 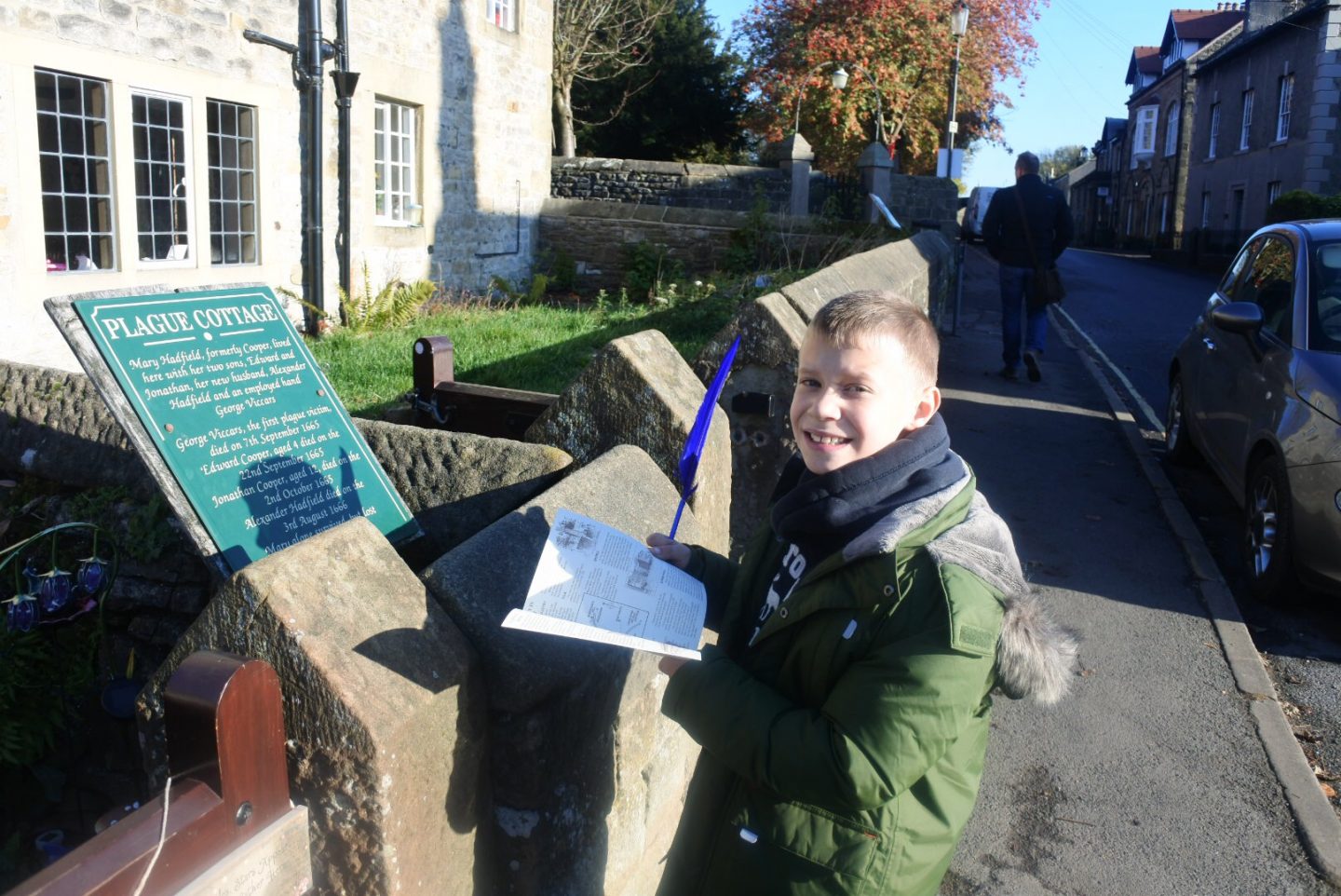 When we arrived back at the cottage we went for a 2 mile walk around Bradwell village and the kids had a little play on the local park. 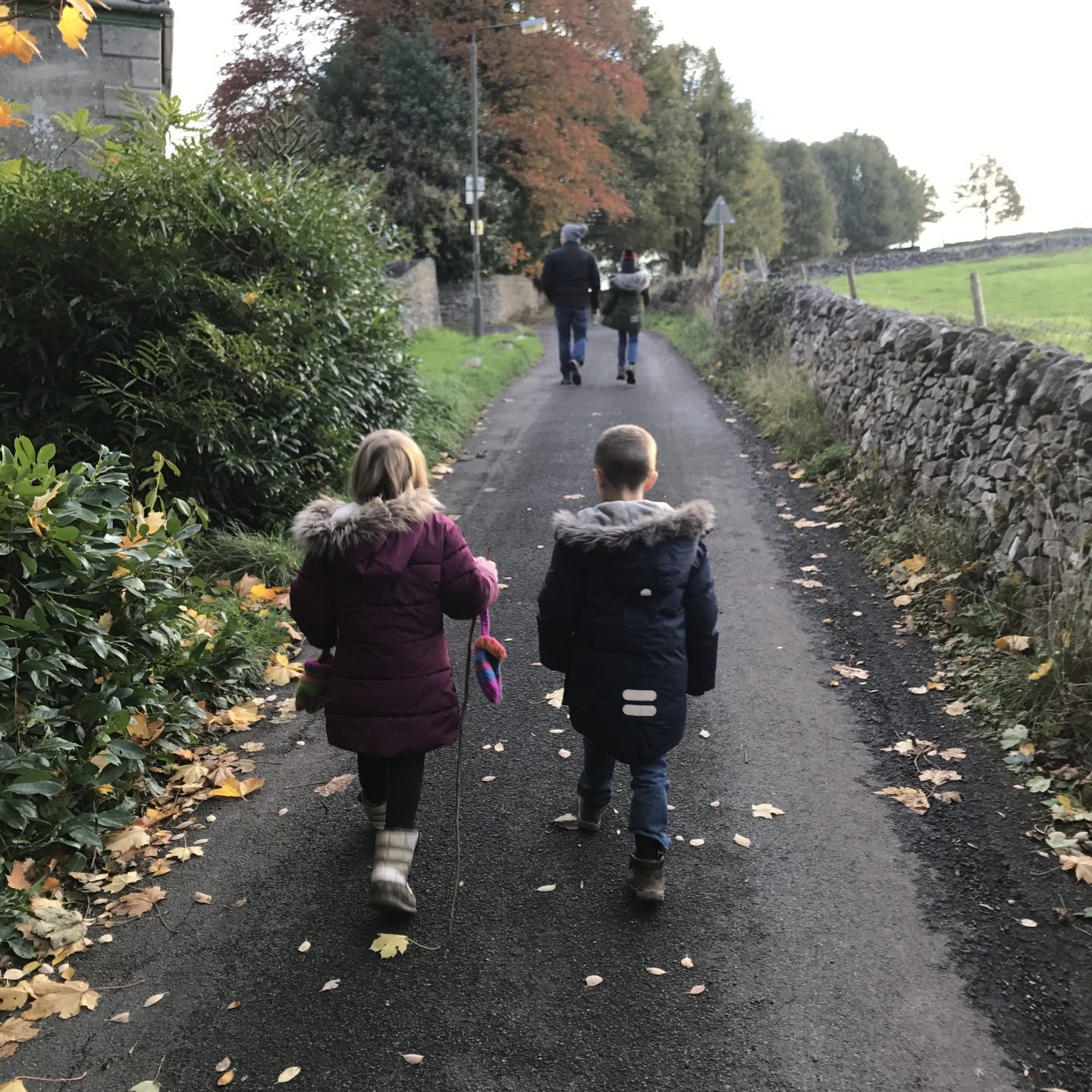 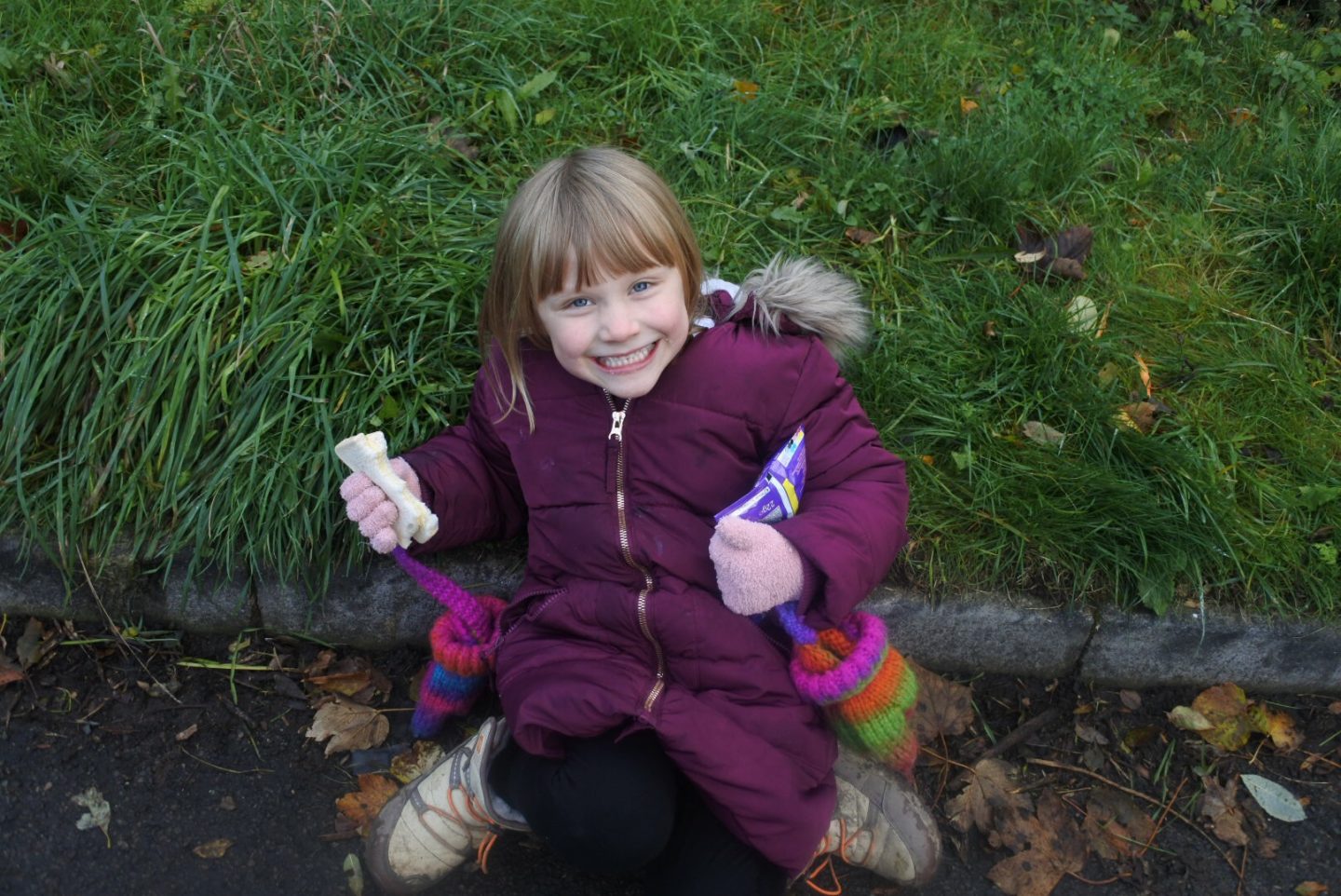 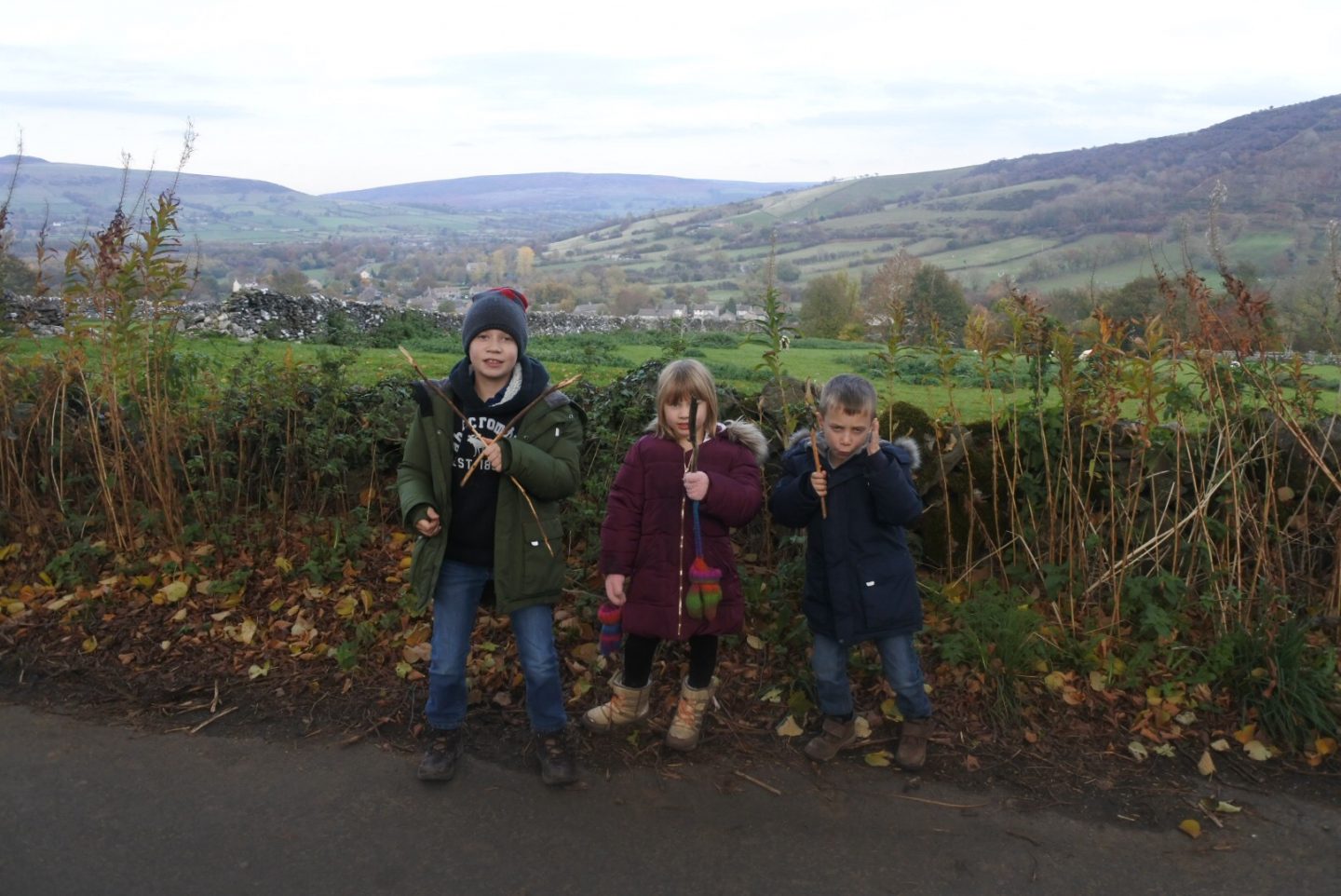 In the evening, we cooked in the cottage and did a sweetie hunt for the kids as they wouldn’t be break or treating. We also had some yummy Halloween cupcakes.

On Thursday, we woke up to a wet day, so we decided to head to Buxton and watch a movie at the Buxton Cinema, which is located in the Buxton Pavillion. We also had a little wander around Buxton, but were quite disappointed. We expected more of a quaint down, but actually it was you’re typical high street, but with lots of charity and cheap shops. Not what we expected at all.

In the evening, we went to another one of the village pubs for tea, The Shoulder of Mutton. The food was home cooked and absolutely delicious. I had the lasagne and the apple and caramel pie for pudding and both were brilliant.

On Friday, we decided to go on another walk and headed to Lady Bower Reservoir. The Reservoir was really low, probably as result of the dry summer we’ve had. You could seen the remains from the old village that was there before the Reservoir was made. 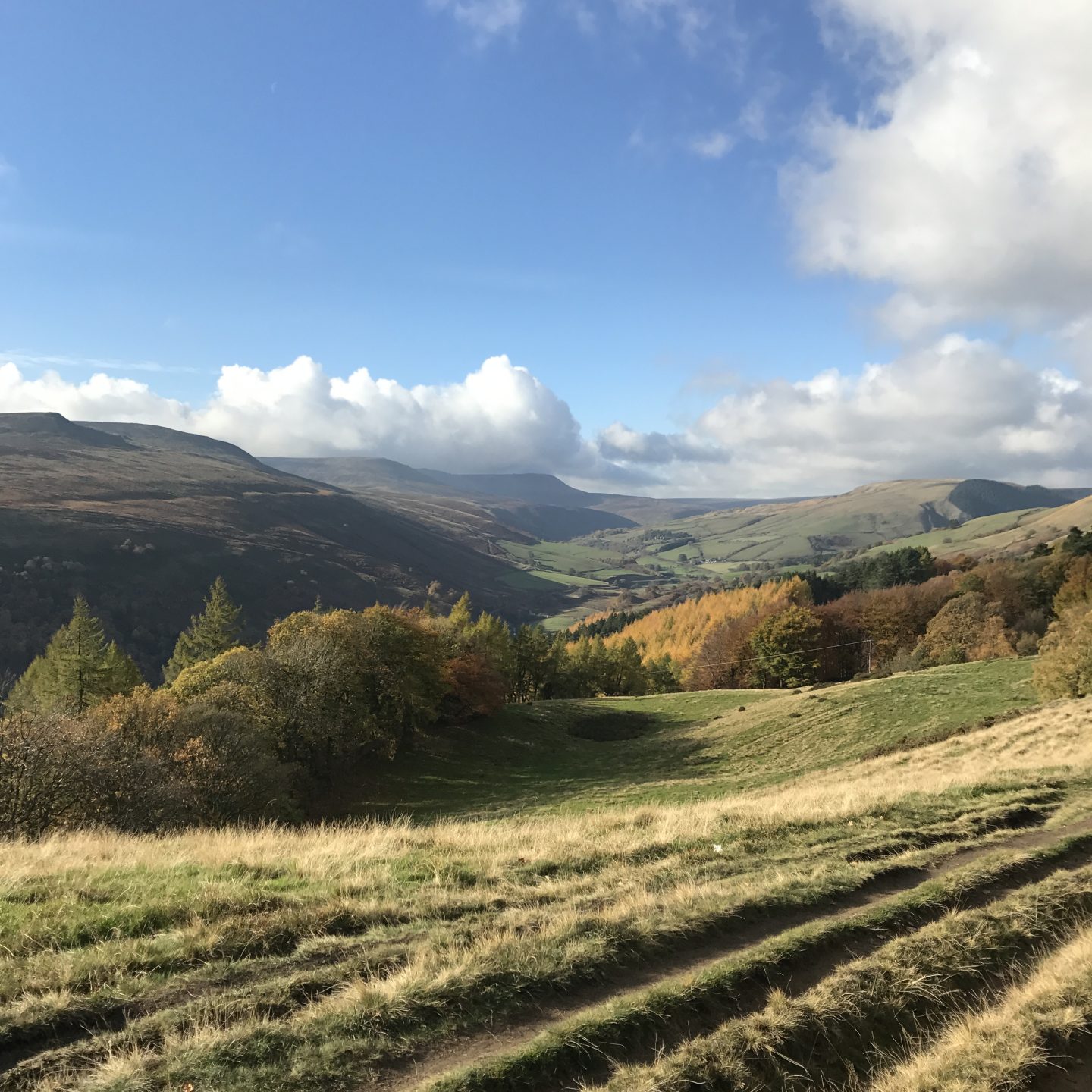 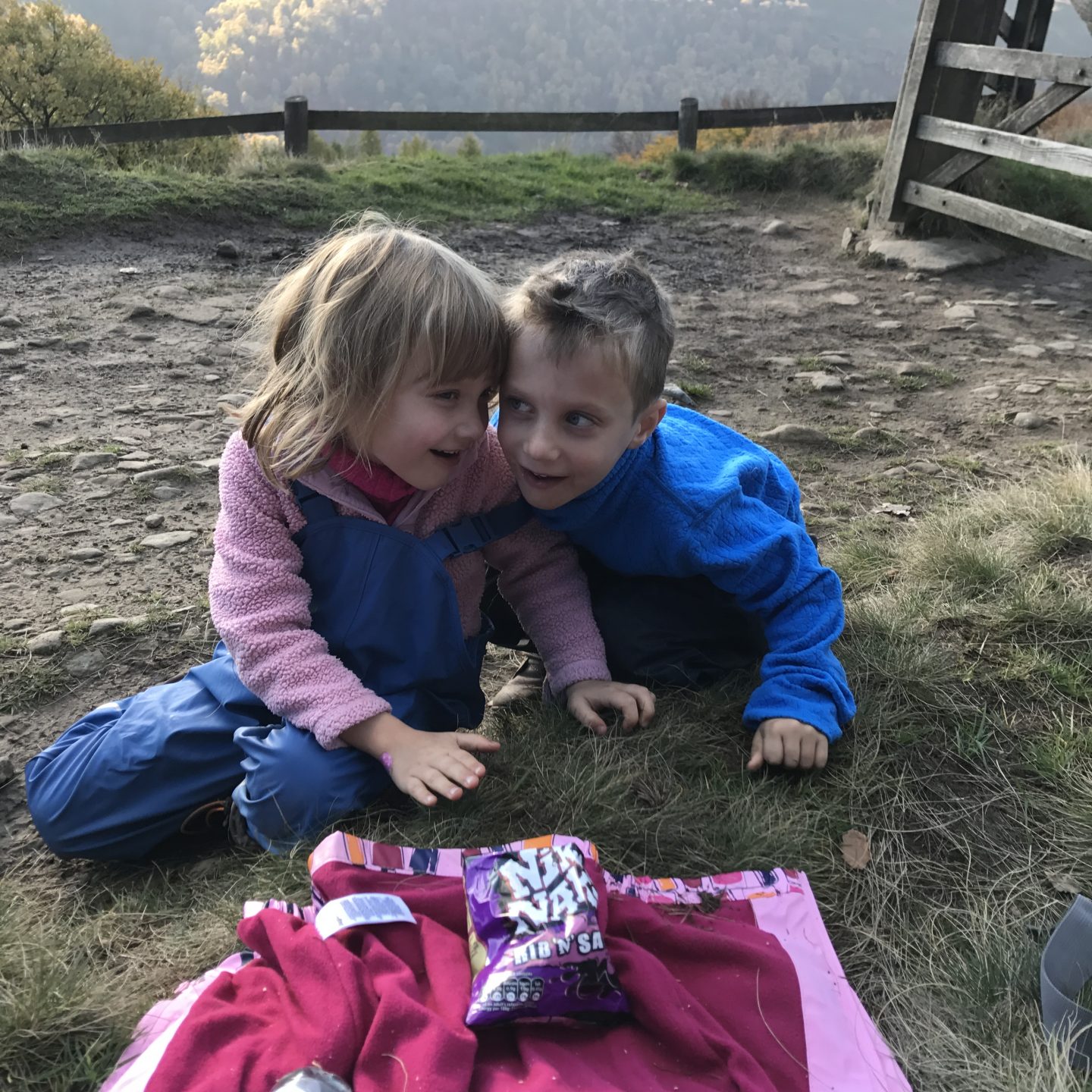 We walked about 3 1/2 miles, stopping half way for sandwiches and crisps. The weather was really sunny and warm and the walk was just long enough for us all.

We then headed back to the cottage and enjoyed a chippy tea! It was a lovely way to end the week.

On Saturday, we had to be out of the cottage by 10am. We loaded up the car and decided to stop off at Bakewell for a couple of hours on the way home. We bought some cheeses from a local shop, had a coffee and bought the obligatory Bakewell Tart to take home.

I love Bakewell. It’s such a quaint place, with lovely buildings and the Love Lock Bridge is also worth having a look at. We’ve vowed to go back soon and walk the Monsal Trail, which is a favourite of ours. I wrote about a day trip we had there a couple of years ago, which you can read about here. 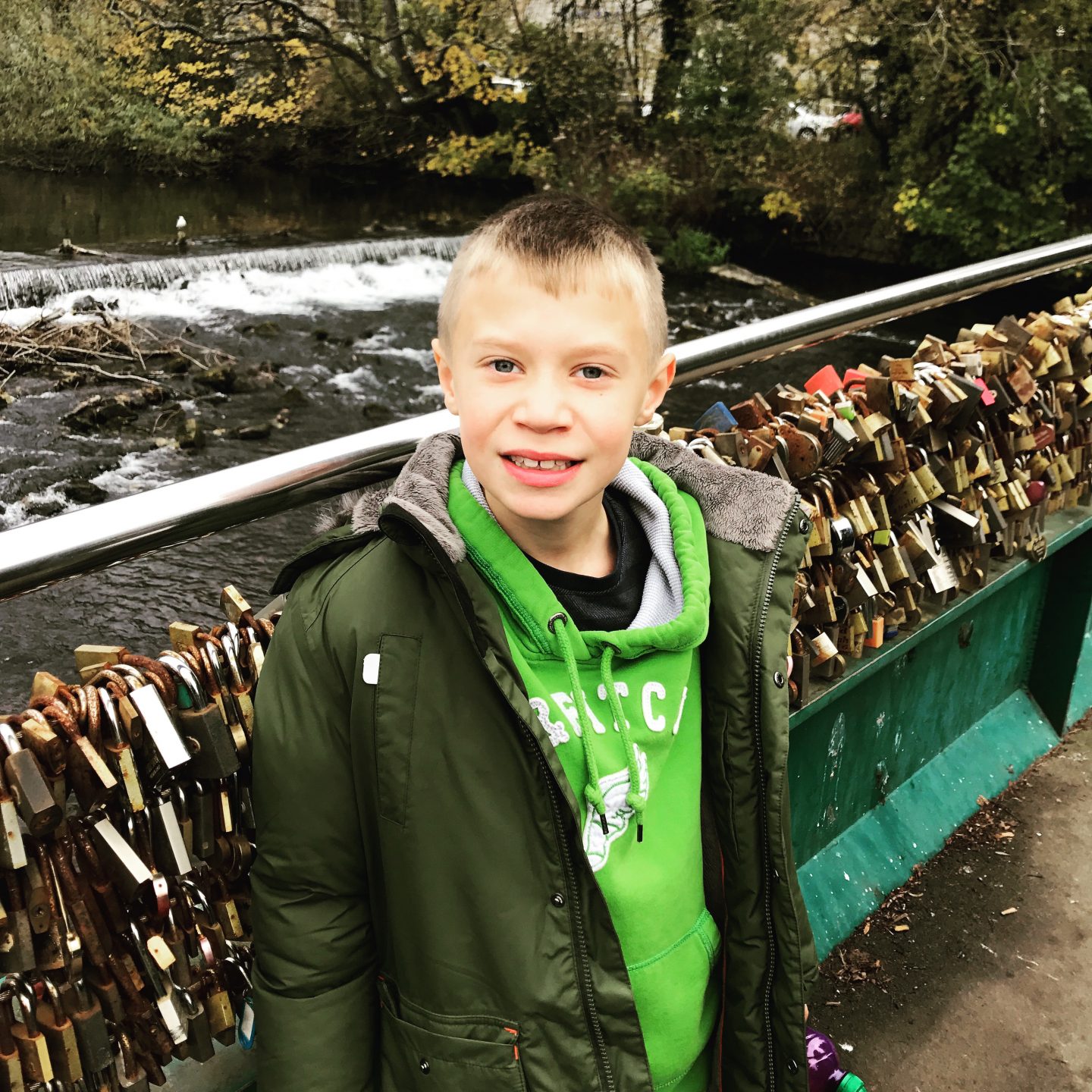 We had a lovely week. It went so quickly, but it was so lovely to spend quality time together as a family away from the routine of everyday life. The Peak District is a perfect place to unwind and we’ve vowed to visit again soon. 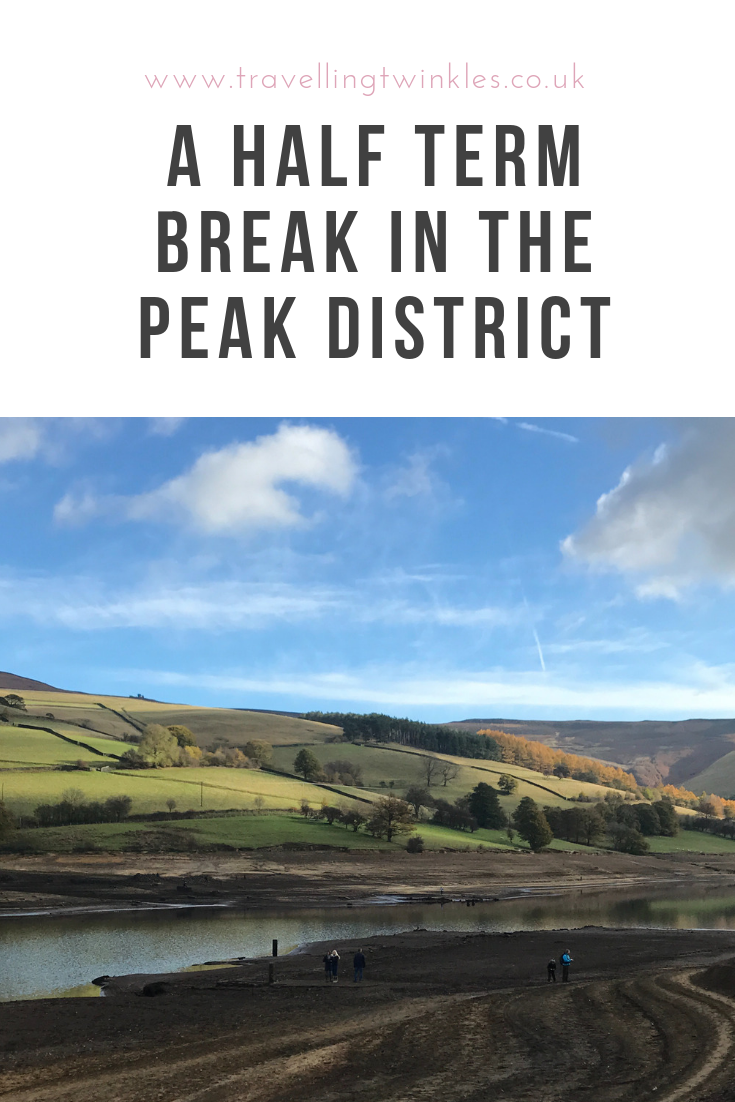