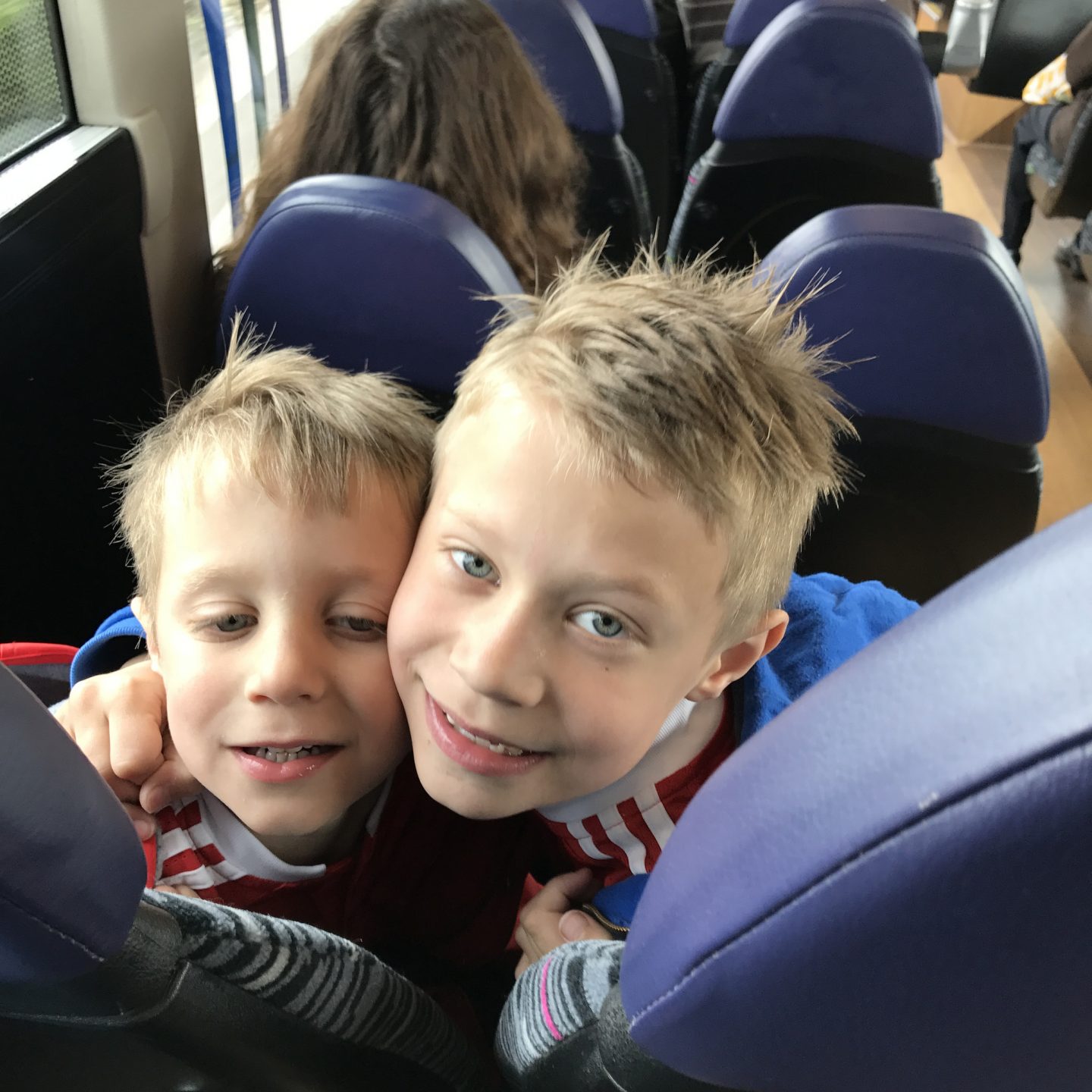 Next week Oscar will take his Year 2 SATs exams. For the past few weeks he has been anxious and stressed about taking the exams and it makes me so cross that seven year-olds are put through this completely unnecessary stress.

We’ve obviously reassured Oscar that SATs are not important and he just needs to try his best. In fact, I’ve told him that the only exams that are important are his GCSEs, which he’ll take when he is 16! Until that point exam stress should not even be part of his life.

At seven he should be developing his imagination, creative, entrepreneurial and social skills – not getting in a flap about subordinate clauses! One day Oscar actually cried at school because he found the practice SATs paper that hard!

Life is stressful enough when we become adults. So, I believe that children should be happy and carefree for as long as possible, without the pressures that exams and tests inevitable puts on them.

Since realising that Oscar struggles with literacy and that he is well below his age expectancy, I’ve been rather angry at our education system. Children at primary school are now expected to do work that I would have done in my GCSEs and those in secondary school are expected to know stuff that previously would’ve been taught at A Level. For children who are struggling these expectations are just ridiculous. How can they ever ‘achieve’ and meet the level that is expected? A level that someone, somewhere has decided that all children at certain ages should be at irrelevant of the battles they face!

I read a brilliant post on Huff Parents UK that really sums it up, you can read it here.

Oscar may never reach his age expectation in literacy and that’s ok, as long as he tries his best. All I hope for is that he continues to be the kind, caring, confident and happy boy that he is and that he is able to achieve his hopes and dreams whatever they may be.

And as for his upcoming SATs, we’ve told him that he’ll get a little treat if he stops worrying about them and just does what he can.