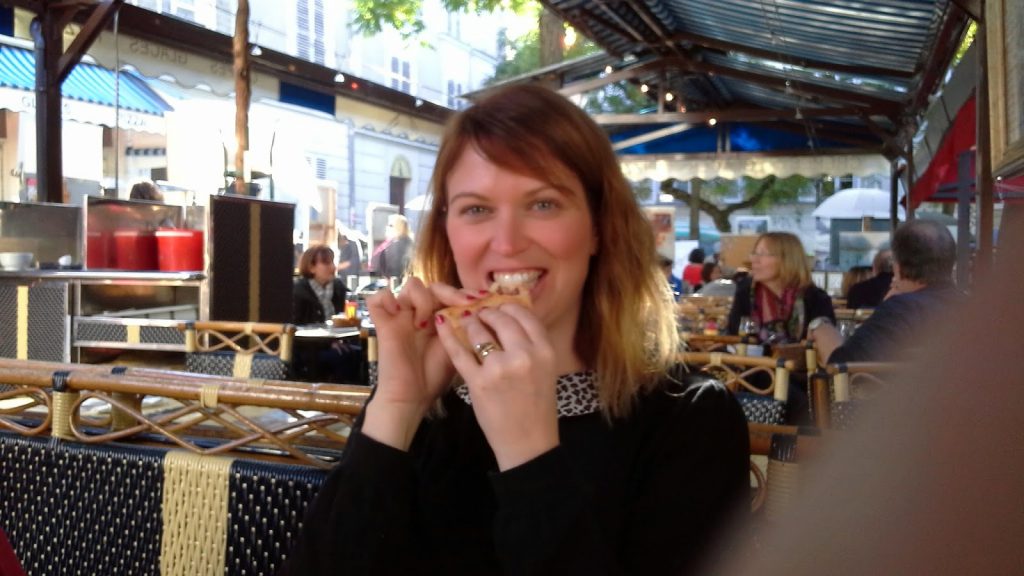 We’re just back from visiting Paris and Disneyland Paris, both were fab!

Paris was lovely as always. Difficult with the double buggy, but the upside was that we walked lots and saw things we perhaps wouldn’t have seen.

We had a lovely lunch near the Sacre Coeur – French Onion soup, Beef Bourgeon and Tart Tatin – yum!!

Disneyland Paris was good too. We stopped at here: http://www.disneylandparis.co.uk/hotels/disneys-sequoia-lodge/ As most places, it had good and bade points:

Overall, it was a good choice for us.

Disneyland Paris was great fun. It’s never going to compare to the main one in Florida, after all you don’t get the American service in France, but you can’t really expect it. The one big bug bear I have though, is that the queues were long. I know we went during half-term, but we went to Florida at Christmas time and we never saw a queue of over 60 mins, where as in Disneyland Paris, this was the norm – not great with tantrum prone toddler twins!!

Overall it was lovely to have a week away and some quality family time. It was tiring though – I need a holiday to get over it now!!