In February, we decorated our spare room for Henry, so that the twins could each have their own bedroom. And although he seems to float between his new room, Oscar’s room and the room he used to share with Heidi, I think it’s time to update their old room to create a more girly-themed space for Heidi.

I’m really excited about decorating Heidi’s room as it the first time I’ve done a girl’s ‘bedroom. I’ve been doing lots of planning and pinning on Pinterest (check out my board here)! And although I haven’t started ordering anything yet, I’ve been doing lots of online browsing for accessories and soft furnishings, which will play a key part of the newly decorated room.

Here are some of duvet covers that are on my ‘possible’ list: 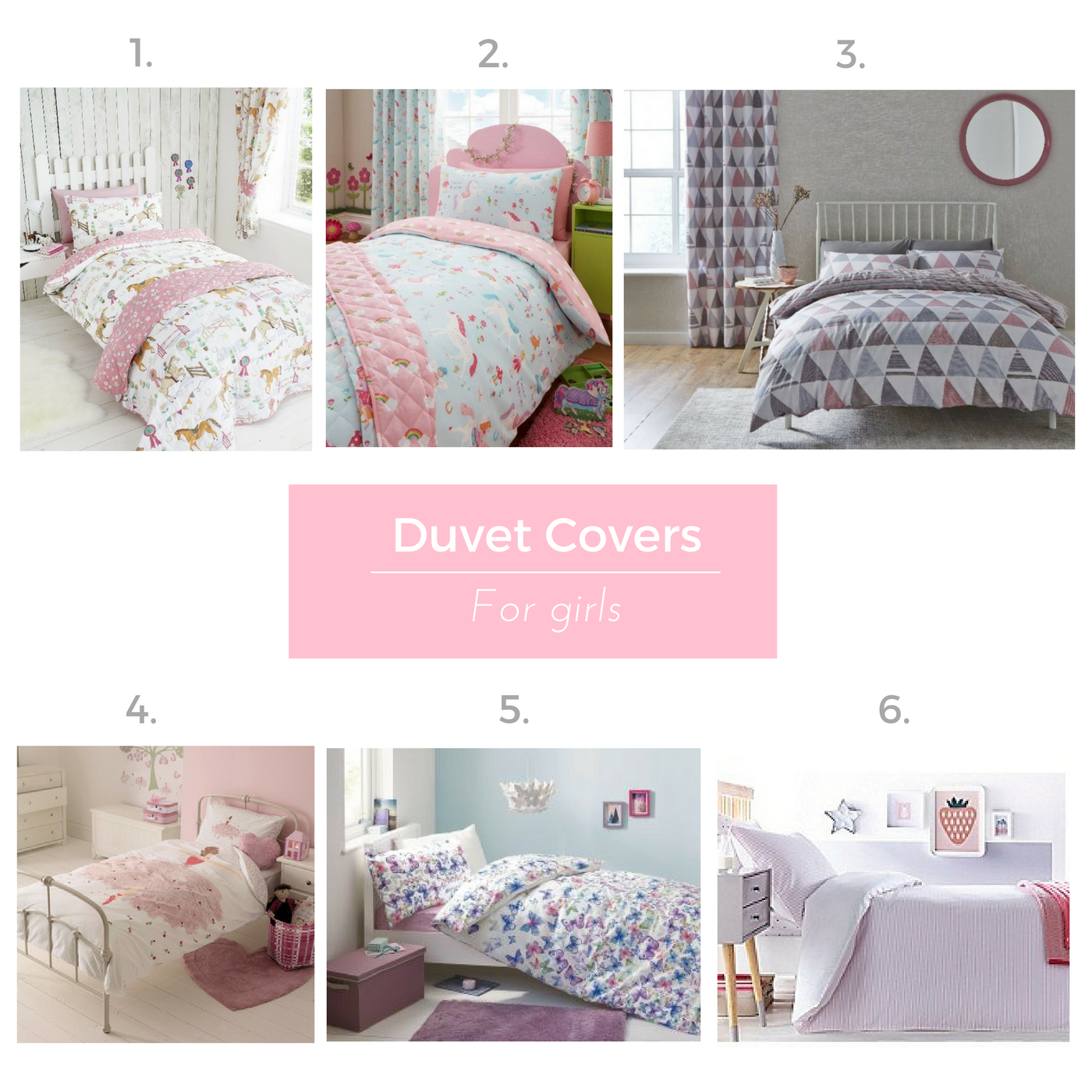 I think number 3 is my current favourite. What’s yours?

I’ll do a before and after post once we’ve finished. In the meantime, I’ll be sharing some of my other finds and inspiration along the way, so keep a look out!