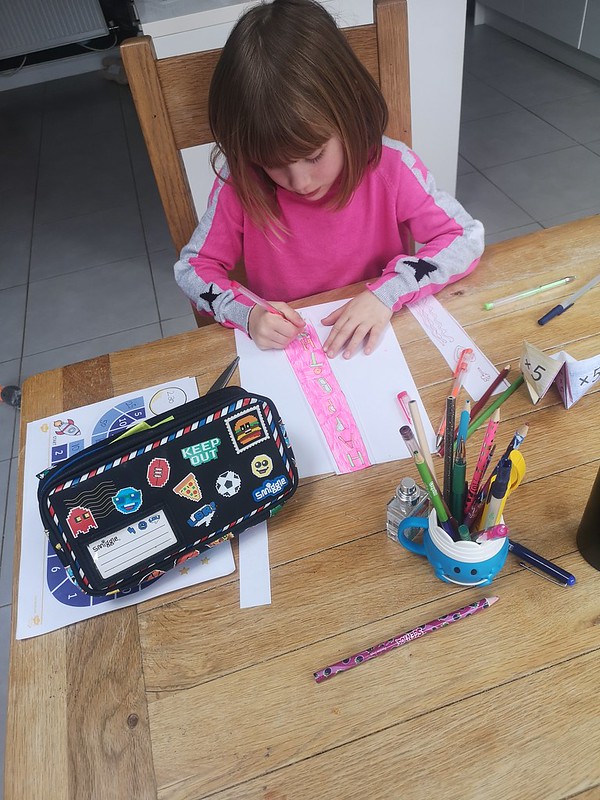 Week two have gone pretty quickly, dare I say we seem to have found our ‘groove’…

I still had to work on Monday and Tuesday, but have been on furlough since Wednesday. In terms of school activities, we’ve been doing our school work in the morning and then having a more relaxed afternoon where we either bake (two banana loaves this week), watch a film or the kids play on their ipads or Xbox. 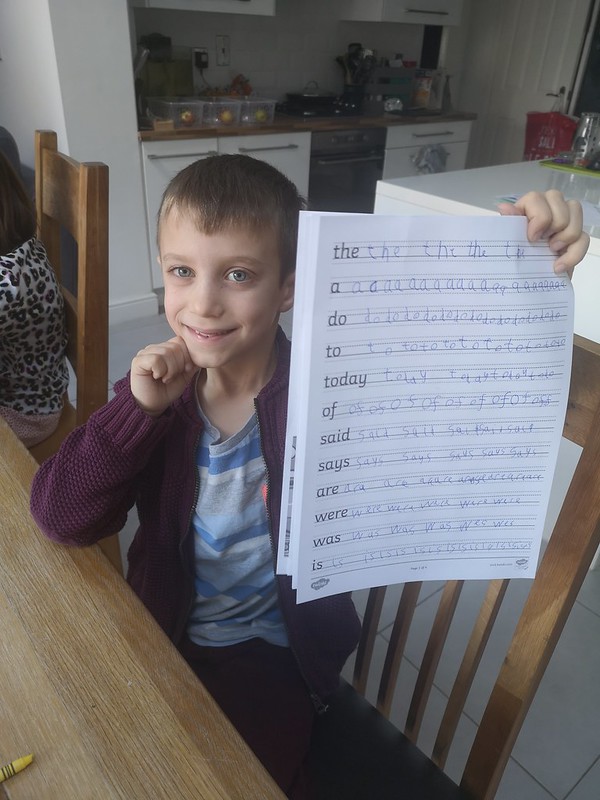 I feel like I’ve lost track of days as they all seem to merge into one. The kids ask every morning what we’re doing that day and our answer is always the same “stay in”. We do try and get out for a walk everyday as it does help to keep everyone sane.

Oscar was sad one day this week. Being older, he seems to understand a little more than the twins. He cried because he wanted to go back to school as he misses his friends. I arranged a zoom call with one of his friends, which seemed to cheer him up.

The death toll has been high this week, yesterday it was the highest so far at over 700. Younger people are dying, people who have no underlying health conditions. It’s scary as the virus does not seem to discriminate. For the past few weeks, we’ve only going out once a week for food, as we’re doing everything we can to avoid putting us all at risk. The stories I’m hearing of people dying alone as their family members can’t be there due to the risk are the stuff of nightmares.

Although I’ve been much better emotionally this week, I’m not sleeping great. I tend to have bizarre dreams that are a sign of the fact that I tend to drift in and out of sleep. I also keep thinking that I’ve got symptoms and then spend the day panicking, even though there really isn’t anything wrong.

When I’m not ‘teaching’ or playing with the kids I try and keep as busy as possible, by either reading or cleaning. Keeping busy stops my mind wandering too much. If I sit and think for too long I feel plagued by fear and anxiety. I’ve made a list of all the things I’m always trying to get round to doing, but never have the time. Hopefully I’ll find the motivation to do them all.

We were supposed to go on holiday this weekend. We were going on a Caribbean cruises for a week and then having a week in Orlando. I literally cannot wait to be able to travel again. I keep watching YouTube videos of places I want to go to when this is all over (best get saving!!). Feels like that day is a long way away at this point in time.

On Friday, it was my Mum and Dad’s 55th wedding anniversary. We bought them a bottle of champagne and stood on their garden for a toast, whilst they stayed behind the window. It took a bit of orchestrating, but we managed it in the end. 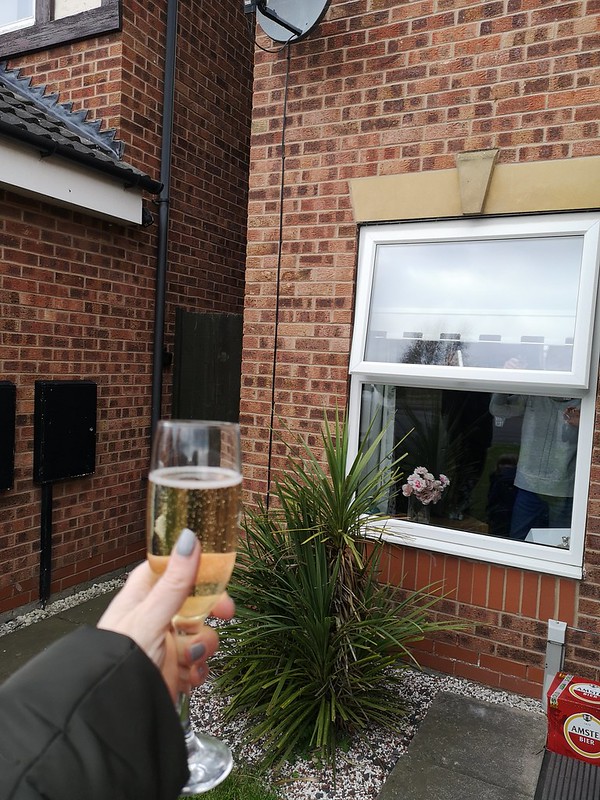 The weather’s been lovely this weekend, so at least we’ve been able to get out in the garden and the sunshine makes us feel more positive. We’ve also played games and had some lovely laughs with the kids mainly about Susan the shitzu (don’t ask, I’m including this so that when the kids read this back in years to come it will hopefully spark the memory and make them chuckle!). I also did a virtual karate session with Oscar, which was pretty intense! It has been nice to spend real quality time together instead of rushing around constantly.

I think the government have been panicking that the warm weather will mean that more people try and head to places where they really shouldn’t be. I really hope people just stay at home. The longer is takes for people to follow the guidelines the longer we’ll be in this situation and surely we all wanted this to be over.

A bit of a rambling post this week. I just want to ensure I capture everything.